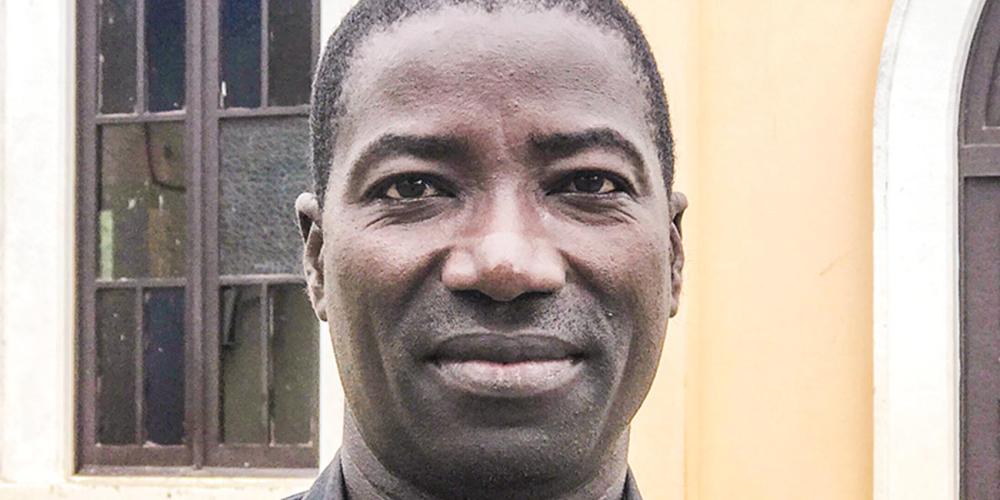 Risking All for Sabbath

Everyone was shocked by what happened when Carlos put his job on the line.

To Sabbath School teachers: This story is for Sabbath, Feb. 23.

After baptism, Carlos told his supervisor that he could no longer work Saturdays at Voice of America, a U.S. government-funded news broadcaster.

The supervisor, a U.S. citizen, looked at Carlos quizzically.

“Sabbath-keeping is an Old Testament law,” he said, “Christians follow the New Testament.”

Carlos went to his home in São Tomé, the capital of the small island nation of São Tomé and Príncipe, and made a list of Sabbath references in the New Testament. He handed the list to his supervisor the next day.

“The Sabbath is in the New Testament and needs to be kept,” he said.

“Is that your final decision?” the supervisor asked.

“Yes, my decision is to keep the Sabbath because anything else would be a sin.”

The supervisor shook his hand.

“This is the first time that someone has challenged me over the Sabbath at work,” he said.

That was the end of the discussion. The supervisor never asked Carlos to work on Saturdays again.

Then the supervisor left.

Carlos, a father of 10, worked as an electrician for the broadcaster. One of his duties was to unload boat shipments of fuel for the broadcaster’s power generator. The boat docked on Thursdays, and he and several coworkers would begin unloading the fuel immediately. They always finished the task on Friday.

Then one day the boat docked on Friday, a day late.

Carlos didn’t bother appealing to his new supervisor, a native of São Tomé and a devout Sunday-keeper. Instead he went to his manager, a U.S. citizen.

The manager promptly denied his request to leave work by 5:30 p.m. Friday.

“But I have a commitment with God,” Carlos said.

“It’s up to you to decide,” the manager said.

Carlos locked himself in the bathroom and prayed. It wasn’t easy to find a good job in São Tomé, and Carlos thought, “What will happen to my family? What will I tell them?” He didn’t want to be fired, but even more he wanted to honor God. He decided to work until 5:30 p.m. and leave.

Shortly before 5:30 p.m., the boat’s engines flooded. Carlos and his coworkers fought to resolve the problem, but matters only grew worse. Finally, the men came ashore, where the manager was waiting.

“The situation is really bad,” a coworker said. “There is no way that we can unload the fuel this weekend.”

The manager didn’t say a word. Carlos went home for the Sabbath.

All weekend, Carlos dreaded facing the manager on Monday. He worried that he would be blamed for the flooding.

On Monday, the manager didn’t say a thing. He also remained silent on Tuesday and Wednesday. A week passed, and he still didn’t say anything.

Then a coworker said to Carlos, “Do you know what the manager said about the boat? He said that what happened was the hand of God.”

Carlos couldn’t believe it. At home, he and his wife thanked God for protecting his job.

A few days later, another coworker provided more details about the manager’s thinking. It turned out that the manager had secretly planned to allow Carlos to leave at 5:30 but the boat’s engines had flooded before he could announce his decision. As a result of the incident, nobody could work on Sabbath.

Unbeknown to Carlos, a company security guard had been observing him for some time, wondering what would happen if he stuck to his Sabbath convictions. When the guard saw how God had intervened with the boat, he exclaimed to Carlos, “Your God is great!”

Carlos has never had another Sabbath conflict.

“God is good to all who trust Him,” said Carlos. “I have had some challenges that I thought were impossible to solve, but then everything was solved without me doing anything.”

Many people in his country of 200,000 people don’t know the Sabbath. More than half of the population are Roman Catholic, while the Adventist Church only has about 8,000 members worshipping in 13 churches and 56 companies.

“That is my duty now—to tell other people my experience and what I have found in the Bible,” he said. “My desire is to do everything that I can to spread the word of God.”

Part of this quarter’s Thirteenth Sabbath Offering will help construct a much-needed church building in São Tomé. Thank you for your mission offering.