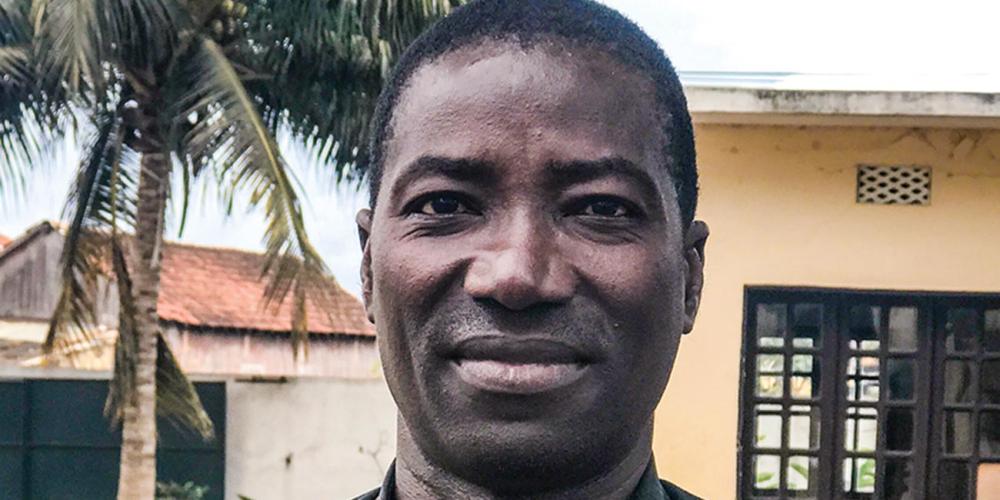 Then he read the Bible and had to make a big decision.

To Sabbath School teachers: This story is for Sabbath, Feb. 16.

Carlos had three wives in São Tomé, capital of the island nation of São Tomé and Príncipe off the West African coast.

He and seven brothers grew up in the home of a Seventh-day Adventist grandmother. But he and his siblings drifted away from the church after their grandmother died.

When he was 21, Carlos moved in with his Sunday-keeping common-law wife, Edite, and they had a baby daughter.

An argument soon erupted. On the island, it is customary to put earrings on a newborn girl to supposedly protect her from harm. Although Carlos no longer went to church, he was opposed to jewelry and asked Edite not to pierce their daughter’s ears.

As the couple heatedly discussed the issue, Edite had a priest baptize the baby without Carlos’ knowledge.

When Carlos learned about the baptism, he left Edite and found a second common-law wife, Maria.

Edite, however, wasn’t ready to give up on the relationship and kept calling Carlos.

“So, I ended up with two wives,” Carlos said.

Then he found a third woman and began dating her. They moved in together and had a child.

As Carlos split his time between his three families, his first wife grew lonely and befriended an Adventist couple. She started attending church with them and was baptized.

Carlos, meanwhile, was working for Voice of America, a U.S. government-funded news broadcaster, and had little interest in God. But he accepted an invitation from Edite to attend the baptism of two daughters one Sabbath.

Their teenage daughters sang a hymn from the church platform that made him weep. He remembered attending church as a child, and he hid his face so people wouldn’t see the tears. After that day, he started attending church with his first wife.

When his second wife, Maria, learned that he was going to church, she accused him of planning to abandon her.

“Adventists don’t allow couples to live together without marriage, and this means you are planning to get married to Edite,” she said.

Carlos denied going to church to look for marriage. “I went to look for salvation,” he said. “You also need to be saved. Please attend church with me.”

Maria started attending church. Every Sabbath, Carlos picked up his first wife and drove her to church. Then he drove his second wife to another church. He took turns worshipping with his two wives.

Around this time, his third wife left him for another man and things got really complicated. Carlos wondered which woman to marry.

Carlos prayed and fasted every Sabbath for two months. Increasingly, he felt impressed to marry his first wife, but he longed for confirmation from the Bible. One day, he opened his Bible and prayed, “Help me to find the answer in the Bible.”

He looked down and saw the book of Malachi. His eye then fell on Malachi 2:14, which says, “The Lord has been witness between you and the wife of your youth, with whom you have dealt treacherously; yet she is your companion and your wife by covenant.” (NKJV).

The second wife was devastated by Carlos’s decision to commit to his first wife. They wept together, but she understood. Carlos married Edite on Dec. 29, 2013, and later was baptized.

“Then I started having a new life,” he said. “Now I am a new creation, prepared to go anywhere to tell the world what God has done for me.”

Part of this quarter’s Thirteenth Sabbath Offering will help construct a much-needed church in São Tomé. Thank you for your mission offering.