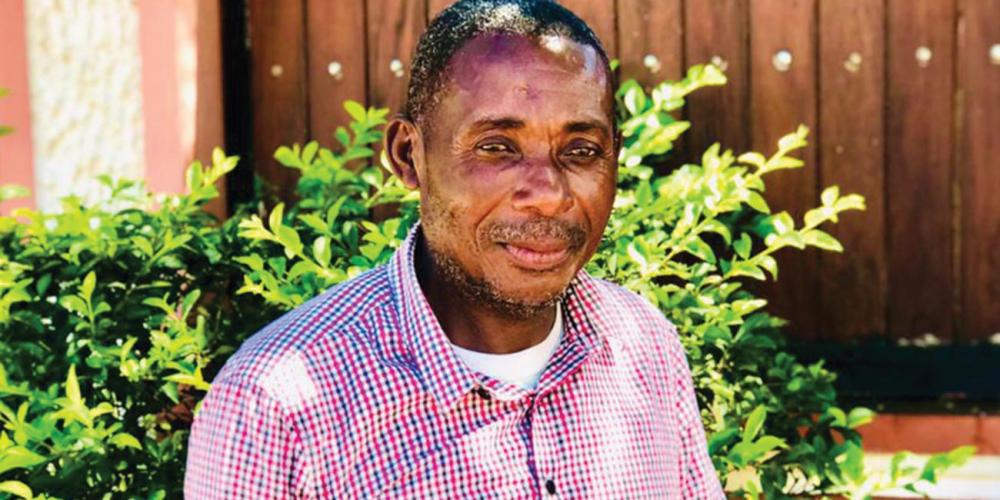 Angola is very rich in natural resources and is the second-largest oil and diamond producer in sub-Saharan Africa.

To Sabbath School teachers: This story is for Sabbath, June 18.

Grandmother loved Grandfather very much, but she didn’t like his drinking and smoking. She scolded him loudly. She prayed for him often. But nothing seemed to happen.

One Sabbath, shortly after Grandmother became an Adventist, she was listening to the sermon in the church when she heard Grandfather’s voice outside.

From the sound of his voice, Grandmother knew he had been drinking. She felt sad and embarrassed. What could she do? She quietly got up and went home with Grandfather.

The same thing happened the next Sabbath. As Grandmother was listening to the sermon, she heard Grandfather cry from outside the church, “Grandmother, come out! Let’s go home!” Grandmother quietly got up and went home with him.

This went on for several years.

To Grandfather’s surprise, Grandmother always treated him kindly at home. She never scolded him loudly like before.

One day, the Adventist pastor whose sermons he kept interrupting knocked on the door. Grandfather was impressed. No pastor had ever visited his home before. The next Sabbath, Grandfather decided to go with Grandmother to church and listen to the pastor’s sermon for himself. Grandmother was so happy! The other church members also were happy to see Grandfather, and they gave him a warm welcome. After the sermon, Grandfather told Grandmother, “I have an idea. From now on, I will go with you to your church on Saturdays, and you will come with me to my church on Sundays.”

The day came when the church held evangelistic meetings, and Grandfather decided to get baptized. Neighbors in his village of Ambriz, Angola, are amazed by the changes in Grandfather’s life. He no longer drinks or smokes. Instead, he enjoys reading the Bible and going to church. He is a new man. “Therefore, if anyone is in Christ, he is a new creation” (2 Corinthians 5:17, NKJV).

This quarter’s Thirteenth Sabbath Offering will go to four projects in Angola, the homeland of Grandfather Paulo Domingos. Thank you for planning a generous offering next week.

Angola is very rich in natural resources and is the second-largest oil and diamond producer in sub-Saharan Africa.