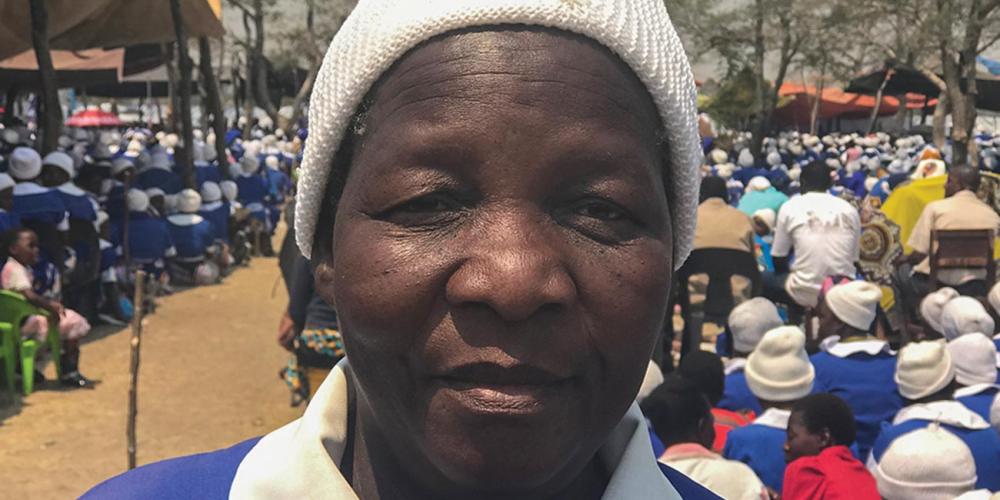 To Sabbath School teachers: This story is for Sabbath, April 16.

randmother was acting strangely when she came home on Friday night in Mazabuka, Zambia.

In the morning, Grandmother told Grandfather and Cynthia why she had acted so strangely. She had been scared.

Grandmother said she was drinking at a bar when the sun started to go down. Then the sky grew dark, and she decided that it was time to go home.

She was singing loudly as she walked down the dark street toward the house when suddenly a dazzling white light appeared in front of her. The light was not from a car or a streetlight. The light hovered in the air like a big bright ball.

Grandmother stared at the light. She did not know where the light had come from and where it might go. The song that she was singing stuck in her throat. Then the bright light vanished. Trembling from head to toe, Grandmother quietly walked the rest of the way home.

“You’d better stop drinking,” he said. “This could be God talking to you.”

Little Cynthia wondered whether Grandfather was right. Was God trying to say something to Grandmother?

Little Cynthia was still thinking about God when she heard a knock on the door. Grandmother opened the door. Outside stood a woman wearing a bright blue dress and a white woolen hat.

“Happy Sabbath!” the woman said. “I would like to invite you to church.”

The family attended the Sabbath worship service at an elementary school. It was a special Sabbath program organized especially for visitors.

One morning, Grandmother got up with a big smile on her face. Little Cynthia knew that God must have answered Grandmother’s prayers. She was right. Grandmother never drank again. She also gave her heart to Jesus.

Neighbors were shocked to see that Grandmother no longer drank. “How did you stop?” said one. “Tell us about the secret medicine that you got from the witchdoctor,” said another.

Grandmother happily told everyone that no witchdoctor had cured her. It was the God of heaven who had helped her to stop drinking. “The medicine that I used was prayer,” she said.

Little Cynthia is glad for the Friday night when Grandmother came home acting strangely. It was the night that God began to turn Grandmother into a missionary.