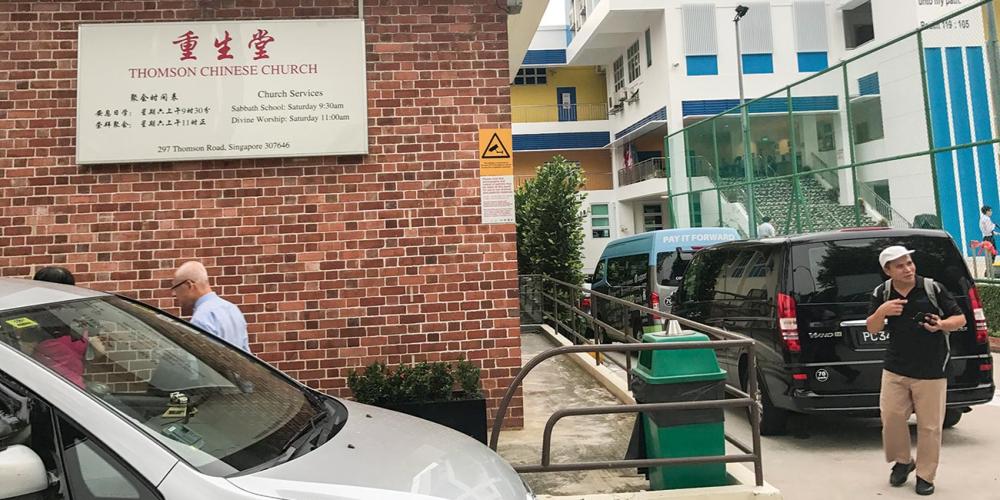 To Sabbath School teachers: This story is for Sabbath, March 5.

Tony started first grade in Singapore. It was hard to speak English, but he tried his best and started to make new friends. But he felt very sorry for Mother. While he was at school, learning English and playing with friends, Mother was all alone at home. Mother didn’t have schoolwork to keep her busy. She didn’t have any friends to play with. She missed Father.

One morning, Tony and Mother stood at a bus stop, waiting for the bus. Mother began to miss Father, and she began to cry. Tony didn’t like to see Mother crying, and he also felt sad.

Tony and Mother were not alone at the bus stop. Another woman was waiting for the bus, and she saw the forlorn boy and his weeping mother. “What’s wrong?” the stranger asked in English.

“What’s wrong?” she asked again but in another language.

Mother’s face lit up. The woman was speaking her language. Mother was so happy! “I’m feeling sad because I miss my husband,” Mother said.

The woman nodded her head, understandingly. She had an idea.

“I know something that might cheer you up,” she said. “I belong to the Seventh-day Adventist Church, and we are having a special program for children right over there this afternoon.”

The woman pointed to a building across the street from the bus stop. It was a Seventh-day Adventist church.

Tony and his mother had never heard about Seventh-day Adventists. They were not Christians and had never gone to church before.

Tony and Mother liked the program. Someone invited them to return the next week for Sabbath School and church.

Tony and Mother returned the next Sabbath and every Sabbath afterward. They also participated in other Sabbath afternoon programs. As the weeks passed, they learned about Jesus and His love, and they began to love Him, too.

Soon Tony was able to speak English as if he had spoken it all his life. Father was very happy. He knew that knowing English would open up new opportunities for Tony. Mother also was happy that Tony could speak English — and she was particularly happy that she had made many good friends at the Seventh-day Adventist church.

Tony especially was happy. He didn’t know whether or not it was important to speak English, but he was glad that Mother was no longer sad.

Even more, he was happy because he had made a new best friend, Jesus. He loved Jesus with all his heart, and he wanted to live with Him always.

Thank you for your Sabbath School mission offering today that will help spread the gospel in Singapore and other countries in the Southern Asia-Pacific Division, which will receive this quarter’s Thirteenth Sabbath Offering.