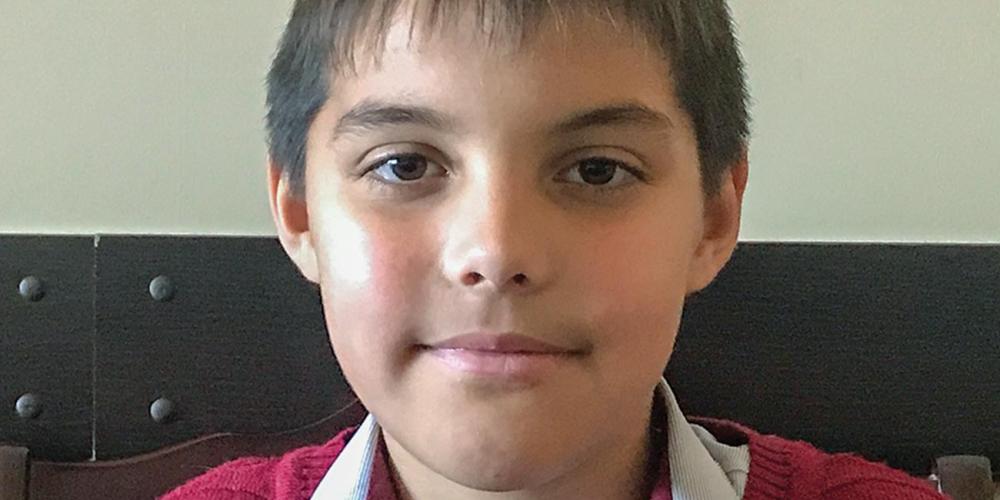 To Sabbath School teachers: This story is for Sabbath, March 13.

lyas was sitting with his 16-year-old brother on one side of the church at Zaoksky Adventist University in Russia. Mother and Father were sitting on the other side.

Sometimes Isaak allowed Ilyas to play car racing games on his cell phone during the sermon. But Ilyas knew it was wrong to play games in church. Today he didn’t even want to play games. He wanted to listen to the sermon. The preacher was interesting. He was telling stories from the Bible and stories from his own life.

As Ilyas listened, the morning sun shone through the church windows, casting a warm glow on the preacher. The preacher began to shine. A bright white light seemed to circle his hands, body, and head. He shone whiter than laundered white clothing.

Ilyas blinked. “How is that possible?” he thought. “He looks like an angel.”

The preacher seemed to be shining as brightly as the sun itself. Ilyas squinted his eyes. The light seemed to make his eyes feel dry. He blinked rapidly several times to wet his eyes. He looked at the preacher. He was still shining.

Ilyas looked over at Isaak. His brother was listening to the sermon. Ilyas wondered whether Isaak also could see that the preacher was shining. But he didn’t want to ask him. He was afraid that Isaak might make fun of him.

The preacher shone until the end of the sermon. Ilyas decided not to tell anyone about what he had seen. It would be a special moment between him and God.

A few days later, Ilyas remembered the preacher when he read Jesus’ Sermon on the Mount in Matthew 5. Jesus said, “You are the light of the world. A city that is set on a hill cannot be hidden. … Let your light so shine before men, that they may see your good works and glorify your Father in heaven” (Matthew 5:14, 16).

Ilyas realized that he also could shine. Jesus said people who do good things shine for Him.

“I can shine, too,” Ilyas said. “I can study hard and get good grades. I can help Mother make supper, go to the store to buy groceries, I can help Father by mowing the lawn. There are many things that I can do to help others and shine for God. I want to shine for God.”

Part of this quarter’s Thirteenth Sabbath Offering will help Ilyas’ Seventh-day Adventist school construct its own building on the campus of Zaoksky Adventist University. Currently, Zaoksky Christian School borrows classrooms from the university, and your offering will help the children meet in their own classrooms. Thank you for planning a generous offering.