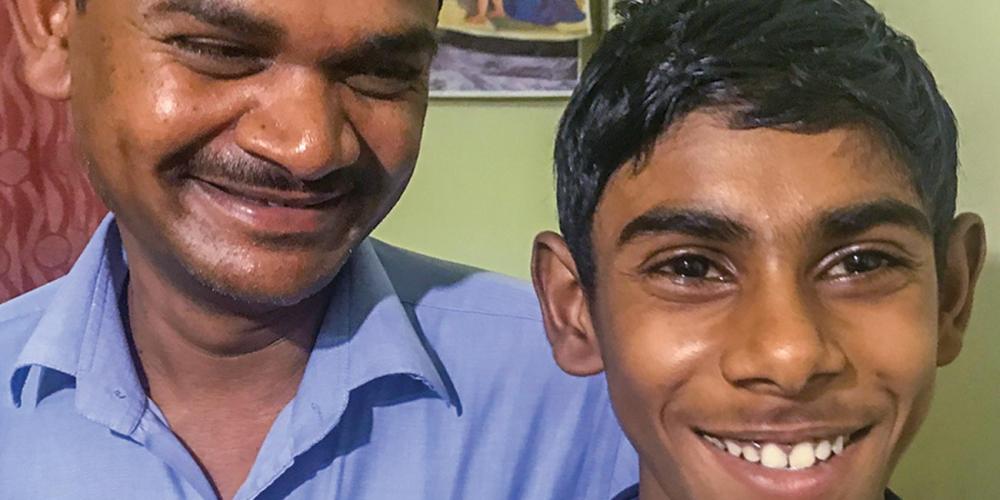 To Sabbath School teachers: This story is for Sabbath, December 12.

Summer vacation had just started, and 12-year-old Abhishek was happy to be home from boarding school.

But then something happened.

Four days into the summer vacation, Abhishek was playing ball with his 11-year-old sister, Mahima, on the front porch of the house. It was about 4 p.m., a short time before supper.

After swatting away the ball, Abhishek fell to the ground, and his body trembled violently. His hands twisted into knots, and foam formed at his mouth.

Mahima screamed and ran to Mother in the kitchen.

Mother ran to the porch and saw her son unconscious and quivering on the ground. Mother burst into tears. Collecting her thoughts, she called Father on his cell phone.

Father worked as a Bible worker, and he was leading a prayer meeting out of town. He rushed home, arriving two hours later.

In the meantime, Mother picked up Abhishek, still unconscious, and carried him to his bed. Sometime later the boy regained consciousness. But he couldn’t speak. He couldn’t move. That’s how he was when Father arrived.

The government hospital was closed for the night, and Father didn’t have the money to go to a private hospital. The family would have to wait until morning to take Abhishek to the doctor.

Father and Mother placed their hands on their son’s head and prayed. Mother wept. Mahima stood nearby and listened.

“Lord, You know everything,” Father prayed. “You know this unknown illness. I know for sure that You can heal my son.”

In the morning, Father and Mother took Abhishek to the hospital. The doctor ran tests and found a small tumor in Abhishek’s brain. The tumor had caused him to fall unconscious on the porch. The doctor gave medicine for 15 days.

“If this medicine works, everything will be OK,” he said. “If not, he will need to undergo an operation.”

That night at home, the family prayed for Abhishek. “God, please help the medicine to cure our boy,” Father said.

Church members prayed for Abhishek. Father contacted Abhishek’s friends from the boarding school, and they also prayed. For the next 15 days, everyone prayed.

At the end of the 15 days, the family returned to the doctor.

“How is he feeling?” the doctor asked.

“He is much better,” Father said.

“Let’s do one more test to see what has happened to the tumor,” the doctor said.

The doctor ran the test — and he couldn’t find any sign of the tumor. He was shocked.

“How did that happen?” he asked.

He gave Abhishek another 15 days of medicine and told Father, “If your son is fine after this, he won’t need an operation. He will only need to take pills for the next year.”

Father and Mother were overjoyed that the tumor had disappeared. It was a miracle! The whole family praised God at home.

The family continued to pray every day for the boy. Church members prayed. Abhishek returned to boarding school after summer vacation, and his classmates prayed.

A year passed, and the doctor ran another test. The results showed no tumor. “There is nothing,” the doctor said. “He is fine.”

The family rejoiced. God had performed a big miracle.

But that wasn’t the end. Neighbors who didn’t believe in Jesus heard about the miracle and asked Abhishek’s father to pray for them. The neighbors used to make fun of Abhishek and his family for being Christians. But their attitude changed. They became close friends, and they want to give their hearts to Jesus.

Abhishek is thankful to God for good health. He is glad that God answers prayer, and he is happy that God could use his illness to help the neighbors learn about Him. He wants to become a missionary just like his father.
“After I complete my studies, I want to work for God,” he said. “I will share my story with everyone who doesn’t know Christ.”