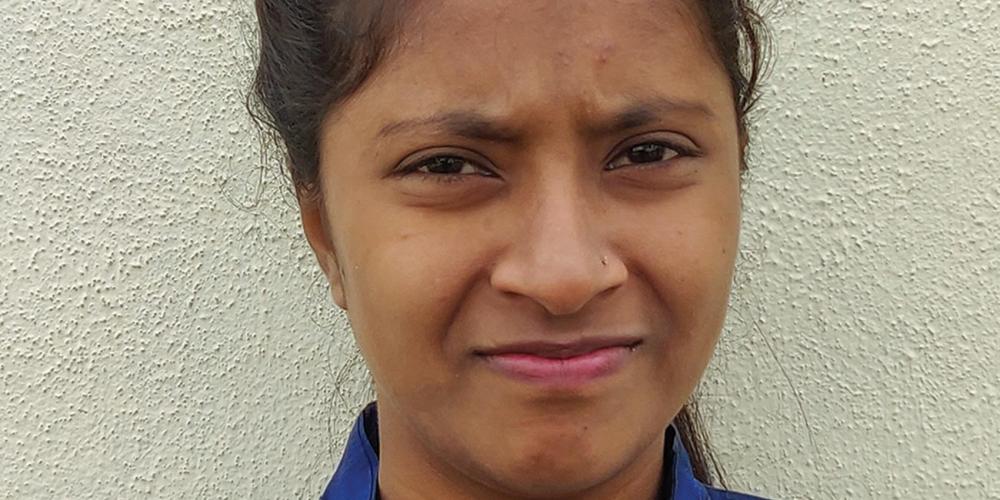 To Sabbath School teachers: This story is for Sabbath, November 14.

By Meena Prabhakar, a teacher at Rashmi’s school

Fifteen-year-old Rashmi didn’t like being at home alone with Grandmother in Baihongal, a small town in south-central India.

Whenever Mother stepped out of the house to shop for food or to visit neighbors, Grandmother marched up to Rashmi.

“You are leaving our ancestral gods and going after an unknown God!” she shouted.

Grandmother couldn’t understand why Mother had started taking Rashmi to a Christian church every week after learning about Jesus from a neighbor. Grandmother worshipped gods made of stone and wood. She didn’t believe in Jesus. She didn’t say a word when Mother was at home. But as soon as Mother left, she scolded Rashmi for going to church.

“There is a small temple near our house,” she said. “You can worship there instead of at the Christian church.”

Rashmi tried to explain that the Christian church was nice.

“Why are you scolding me?” she said. “If you came to church with us, you would understand.”

Rashmi never told Mother about the scoldings. She wasn’t afraid of Grandmother, but she didn’t want to create any trouble in the family.

One day, Grandmother began to lose her voice. She only spoke softly. She couldn’t raise her voice to shout at Rashmi for going to church, but she remained angry.

“Even though you left our gods, our gods are not going to leave you!” she whispered fiercely.

Nobody was worried about Grandmother losing her voice. Everyone thought it would come back on its own. Rashmi enrolled in a Seventh-day Adventist boarding school and left home to study.

But when she returned home for vacation four months later, Grandmother had lost her voice completely. She couldn’t talk at all. When she wanted something, she had to gesture with her hands.

Rashmi was happy that Grandmother was no longer shouting, but she felt sorry for her.

“We should go to the hospital,” Mother said.

The doctor said Grandmother needed to undergo surgery to repair her voice box. Now Grandmother was afraid. She didn’t want an operation. Rashmi wanted to help, and she remembered Grandmother’s strong faith in her gods of stone and wood.

“Why don’t you pray to your gods to heal you?” she suggested. “Then you won’t need an operation.”

Grandmother had already been praying to her gods for many months. She understood that her gods had no power. She couldn’t speak to Rashmi, so she simply smiled.

Mother told church friends about the upcoming operation, and they prayed for Grandmother. Churches in other parts of India also heard about the operation and prayed. Rashmi prayed with Grandmother.

“Dear God, help Grandmother to stop worshipping idols and to believe in Jesus, the true God,” she prayed.

Tears streamed down Grandmother’s cheeks when she heard the prayer.

After the operation, the doctor declared it a success. Three months later, Grandmother was back at home and able to speak.

Grandmother no longer scolds Rashmi for going to church on Sabbath. She no longer tries to convince her to worship the family gods. Instead, she goes to church with Rashmi and Mother every Sabbath. She gave her heart to Jesus a month after the operation.

Rashmi is happy to study at the school.

“We have morning and evening worship in our dormitory,” she said. “I thank God for this school which has been a light to many like me. I would like to give my heart to Jesus forever.”