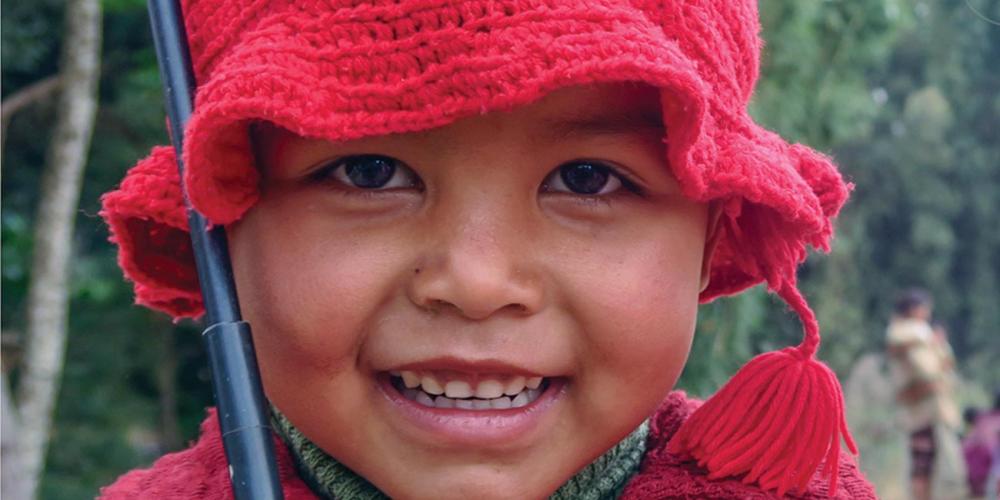 Dash for the Train!

Traditionally the beginning of official work in India dates from 1893, when William Lenker and A.T. Stroup, two colporteurs from the United States, landed in Madras and began canvassing for Adventist subscription books among the English-speaking inhabitants of major Indian cities. However, Lenker subsequently reported a number of Adventists known to be working in various cities in India.

To Sabbath School teachers: This story is for Sabbath, October 17.

he big bus bumped along a rough mountain road in the dark of night.

But a 11-year-old boy named Saint was wide awake. He and others on the bus had just finished volunteering at a one-week medical clinic in a remote Indian village. Saint had seen many sick people receive free medical help. He wasn’t old enough to be a doctor, but he had been happy to run errands and play with sick children. Now the bus was taking the group of volunteers to the train station to go home.

“Please, stop the bus. Lavinia has motion sickness. She is going to throw up.”

That was true. As soon as the driver stopped the bus, 20-year-old Lavinia vomited everything that was in her stomach.

Actually, Lavinia was not the only person struggling with motion sickness. Everybody was now awake and felt like vomiting. But the group didn’t have time to be sick. They had to travel five more hours to reach the train station on time.

The doctor in charge of group didn’t want any more sick stops. He took nausea medicine from the first-aid kit and passed it around. The bus resumed its trip on the winding road.

Now the time seemed to pass quickly. Somebody spoke up.

“We should go faster. Otherwise, we will miss our train.”

The passenger was right. The group had to reach the train station before their train departed. The bus driver realized the urgency, and he drove faster. But the time was running as fast as the bus.

Unfortunately, the bus had left the remote village late, and the stop for the sick passenger had only caused a greater delay. It seemed impossible to reach the train station on time.

Saint’s father checked the train’s departure time on his cell phone. The app showed that the train would depart on time.

“That’s strange,” he said. “Usually, the train leaves late, but this time it is on time.”

Saint’s father looked back at his cell phone and checked and rechecked the train’s time. He seemed so sorry about the situation.

“We may miss the train,” he said, sadly.

Now everyone was worried. No one could sleep.

At that moment, Saint spoke up.

“The train will be waiting for us,” he said.

The adults did not agree.

“You know, Saint, this app that tracks the train’s time is always correct,” his mother said. “So the train may depart before we reach the station.”

“No, Mommy,” Saint said firmly. “God will hold the train for us.”

The bus arrived at the train station 30 minutes late. Everybody was worried about the sad situation. Saint’s father and another man, Roshan, went to find out how long the group would have to wait for the next train. Suddenly the two men came running.

There was no time to rejoice. Everyone grabbed their luggage and ran as fast as they could to the platform where the train was waiting. The moment everyone entered the train, out of breath from running, Saint whispered, “Mommy, I told you that God would hold the train.”

He gave her a big smile. When everybody had been worried about the train, Saint had remembered that his heavenly Father always answers prayer. He had prayed.

Thank you for your mission offerings that help children like Saint learn about Jesus and the power of prayer.

Traditionally the beginning of official work in India dates from 1893, when William Lenker and A.T. Stroup, two colporteurs from the United States, landed in Madras and began canvassing for Adventist subscription books among the English-speaking inhabitants of major Indian cities. However, Lenker subsequently reported a number of Adventists known to be working in various cities in India.