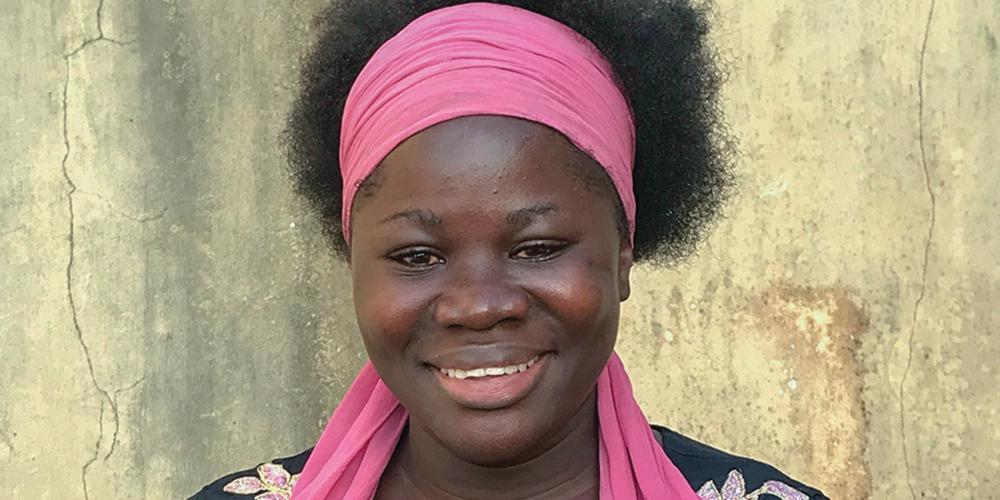 Voice in the Well

Local Gabonese cuisine is based on staples of cassava, rice, fish that is found in plenty along the rivers and coastal belt, game meat from antelopes, porcupine, wild boar and snake, as well as tropical fruits like bananas, pineapples and sugarcane.

To Sabbath School teachers: This story is for Sabbath, August 22.

Uncle was a mean man.

When his children went to school, he made Emma stay at home in Libreville, Gabon. She didn’t understand why the other children could study at school and she had to cook meals and clean the house.

“Why should you go to school?” Uncle said. “You’re stupid.”

Emma worked hard, waking up before her seven older brothers and sisters to cook and clean. She had never heard about God, but she believed that Someone out there loved her.

One morning when she was 7, she woke up late, and Uncle was furious. He called her as he left the house for work.

They walked a short distance, and Uncle stopped at a deep well.

He picked up the little girl and threw her in. Then he placed a wooden cover over the well.

Emma tumbled down 50 feet (15 meters) into the darkness. The water was cold and deep. She couldn’t touch the bottom with her feet, and she didn’t know how to swim. She didn’t know what to do.

At that moment, she heard the gentle but firm voice of a man, speaking in the darkness.

“Don’t be afraid,” the voice said. “Don’t move. Wrap your arms around yourself to keep warm.”

Emma obeyed. She wrapped her arms around herself and didn’t move. She didn’t sink, and she didn’t get tired.

That evening, Aunt asked Uncle about Emma when he returned home from work.

“Where’s the child?” she said.

Aunt was sure that Emma was dead. But when she took away the wooden well cover, she found that the little girl was alive. She lifted Emma out with a rope.

Uncle was scared when he saw Emma. He didn’t understand how she could still be alive. But after a while, he began to treat her even worse than before.

Emma wondered why she had been born and suffered pain. But she believed that Someone out there loved her.

One day, a stranger knocked on her door and spoke about God.

“Why are you talking about God?” Emma said. “God doesn’t care about me.”

“Even if you suffer and die, you will live again,” the stranger said.

“How is it possible to die and live again?” Emma asked.

The stranger told how Jesus’ death means that people who believe in Him can live forever. He said God allowed her to suffer because He must be preparing her for something special.

Emma believed. She knew that God was the Someone out there who loved her. It was God who had saved her in the well that day.

“People used to say that I was stupid and would never amount to anything because I never went to school,” she said. “Now I am finishing the last year of high school. All the people who once mocked me see God’s glory in my life."

Part of a 2017 Thirteenth Sabbath Offering helped open a Seventh-day Adventist high school in Libreville, Gabon, where students like Emma can study. Thank you for helping young people learn about Jesus in school.

Local Gabonese cuisine is based on staples of cassava, rice, fish that is found in plenty along the rivers and coastal belt, game meat from antelopes, porcupine, wild boar and snake, as well as tropical fruits like bananas, pineapples and sugarcane.