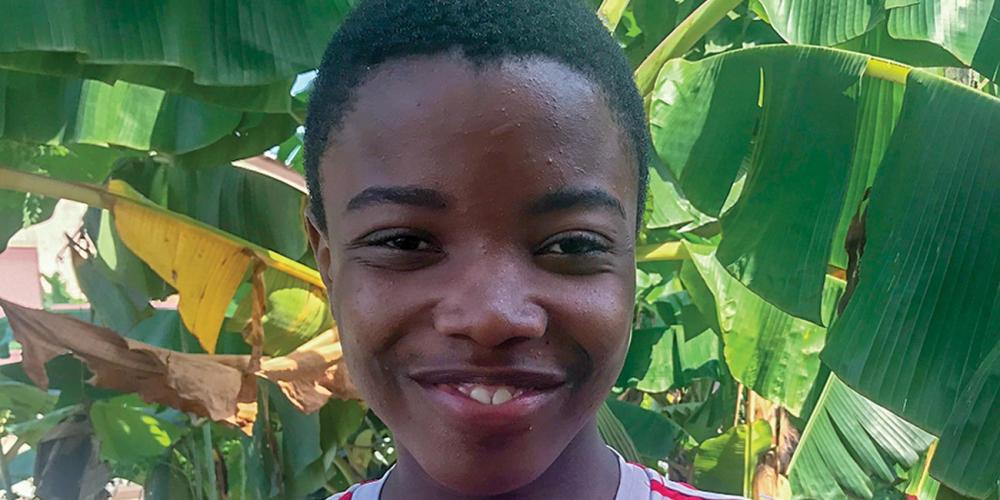 Power of a Song

To Sabbath School teachers: This story is for Sabbath, August 1.

The choir director had an exciting announcement.

“Our Christ’s Kids children’s choir has been invited to sing at a musical concert at the big Cabaret des Artistes concert hall,” she said. “We need to rehearse.”

The 30 children in the Christ’s Kids choir from the Seventh-day Adventist English Church would sing five songs at the concert in Libreville, Gabon. Children’s choirs from other Adventist churches also would sing.

Twelve-year-old Bonte couldn’t wait for the big day to come. He practiced with the choir for the concert.

At his Adventist school, he invited a friend to the concert. The friend laughed.

Bonte had a concert ticket in his pocket, and he pulled it out to show his friend.

Bonte approached another classmate, Obame. Sometime earlier, Obame had invited him to visit his Sunday church, and Bonte had gone with his uncle just in case he needed to explain his own Adventist faith.

“Obame, I’d like to invite you to come to our concert,” Bonte said.

“You are always kind,” he said. “You accepted my invitation to visit my church, so I’ll try to come to your concert.”

Bonte invited eight classmates to the concert, and five ended up attending.

Afterward, Bonte asked his friends what they thought about the music.

“We had a great time listening to praises to Jesus,” said another.

Bonte was pleased that he could share his love for Jesus through music.

Two years passed, and he forgot about the concert.

One day, he went to a shop to buy groceries for Mother, and he heard someone call his name.

He turned around and was surprised to see Carlin, one of the boys whom he had invited to the concert. Carlin had left the Adventist school at the end of that year and told everyone that his family was moving to another city.

“You told me that you were moving,” Bonte said. “Why are you here?”

“My family didn’t end up moving,” Carlin said. “My parents just moved me to another school.”

Carlin began to talk about the concert. He said the songs had made a big impression on him, and he couldn’t stop thinking about Jesus afterward. He had wanted to know more, so he read the Bible and later gave his heart to Jesus.

“I don’t know how to thank you,” Carlin said. “You taught me the truth when I didn’t know anything about it.”

There was more. Carlin said someone else’s life also was changed by the concert. In his new church, he sang a song that he had heard at the concert and it had touched the heart of a man in the congregation. That man was baptized.

Carlin pulled money from his pocket and tried to give it to Bonte. Bonte shook his head.

“No, I cannot take any money,” he said. “We share the truth of the Bible for free.”

A neighborhood boy, standing nearby, couldn’t believe that Bonte was refusing the money.

“No, we don’t take money when we help others,” Bonte said.

Carlin put the money back into his pocket.

Bonte smiled with joy as he left the shop. God had used him to change the lives of two people. He decided to invite other children and adults to church on Sabbath.

“I want to win souls for the Lord,”he said.