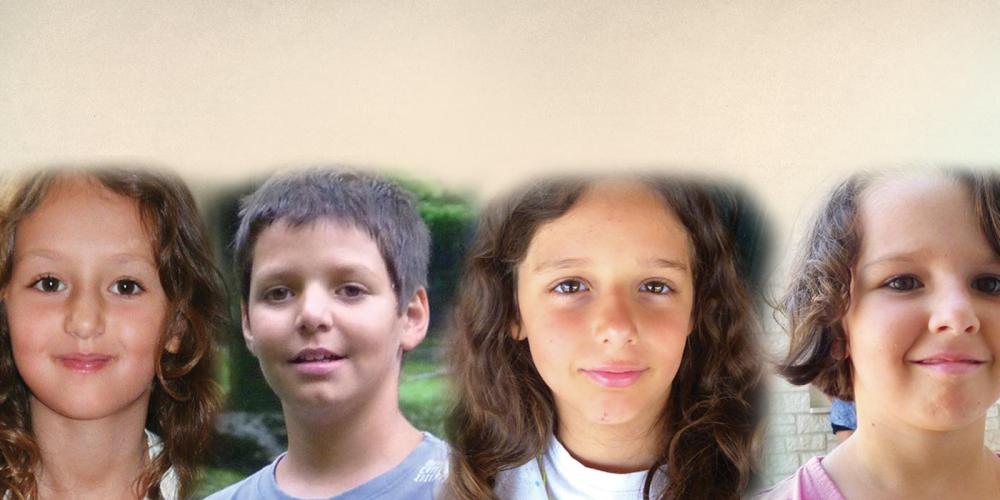 The Thirteenth Sabbath Offering next quarter will help the West-Central Africa Division to:

To Sabbath School teachers: This story is for Sabbath, June 27.

Sabbath School leader: Cyprus is a very challenging place to share Jesus. The Seventh-day Adventist Church has only 103 members on this Mediterranean island of 1.1 million people. But one missionary family is seeing amazing answers to prayer.

Narrator: The four missionary children wanted a pet for a long time. They begged for a cat or a dog when the family moved from their homeland in Greece to work far away in the Philippines. Father was busy teaching at the Adventist International Institute of Advanced Studies, and Mother was caring for the four children while studying for a master’s degree in education. The parents weren’t interested in having a pet to feed or clean up after.

Mother (to children): No pets!

Narrator: The children knew better than to argue. After four years in the Philippines, the family moved to a new missionary post in Cyprus. Father rented a house with a big yard. The children were now older, and their pleas for a pet grew louder.

Loukas: How about a dog?

Niki: It would be so nice to have a cat.

Kellita: Or even a little kitten.

Narrator: Father and Mother hadn’t changed their minds. But amid the chorus of pleas from the children, they were glad to have a good excuse to say, “No.”

Father: The contract that we signed to rent this house says, “No pets.”

Narrator: The children, however, weren’t ready to give up.

Kellita: Can we pray about it?

Father (smirking): You can pray all
you want.

Narrator: The children began to pray every evening.

Revel: Dear Jesus, please give us a cat.

Loukas: Or a dog.

Niki: A cat would be nice.

Kellita: Or even a little kitten.

Narrator: It so happened that the next-door neighbor had a big cat, and the cat gave birth to three black kittens. When the kittens were just 1 month old, they began to explore the neighbor’s yard on their own. One day, the kittens found a hole in the low brick wall separating their yard from the missionary family’s yard, and they scampered through it.

Kellita: Look! We have three kittens in our yard!

Narrator: The other children came running. Sure enough, three kittens were playing in the grass. Soon the children were petting them and playing with them.

The kittens came to the missionaries’ yard every day. As they grew bigger, they stayed in the yard. When they saw the window of the missionary family’s house open, they jumped inside and made themselves at home.

Father and Mother couldn’t say anything. Nobody in the family had brought the cats home, so there was no one to tell to take them away.

The children were thrilled. God had answered their prayers by giving them not just one pet, but three.

Sabbath School leader: God answers prayers in amazing ways when we ask. (If time permits, share story on next page.) That’s exactly what God is doing in Cyprus. In 2012, the Adventist Church had only about 75 members. After a membership audit, only 60 members remained. But church members prayed and, in 2018, church membership passed 100 for the first time. God answered their prayers!

One summer, the Papaioannou missionary family went camping with other Adventist families at a church-owned campsite near the seashore in their homeland, Greece. It was a dry, hot summer, and a big forest fire broke out near the campsite on a Sunday afternoon.

The adults and children watched and waited to see what would happen.

The fire crept closer and closer to the campsite. The campers formed a circle and began to sing and pray.

As the campers sang and prayed, a wind started to blow. To their surprise, the wind blew the flames away from the campsite.

The group sang and prayed for 20 minutes, and the wind kept blowing the fire farther and farther away. The adults grew tired. The children grew tired.

“OK, the danger is over,” someone said.

The group broke up.

Within minutes, the wind changed direction. It blew harder than before, and the fire raced toward the campsite.

Many campers fled to the safety of the seashore about 700 yards (meters) away.

At that moment, two firefighters arrived, and five Adventist men decided to stay at the campsite with them.

Hours passed. At midnight, the fire came within 100 yards of the fence surrounding the campsite. Flames could be seen licking the tops of pine trees.

The five men and two firefighters formed an emergency line, but they knew there was little that they could do. The Adventists prayed.

Just when the fire came within 10 yards of the fence, a big brigade of firefighters arrived and quickly put out the flames.

In the morning, the campers looked at the scene in astonishment. The entire area around the fence was black. Even a neighboring campsite had been burned to the ground. The Adventist campsite looked like a green oasis in the middle of a blackened wasteland. It was an answer to prayer.

“The Lord stopped the fire right at the fence,” said Kim Papaioannou, a missionary father on Cyprus. “We knew it was not going to touch us, and our camp was saved.”

The Thirteenth Sabbath Offering next quarter will help the West-Central Africa Division to: