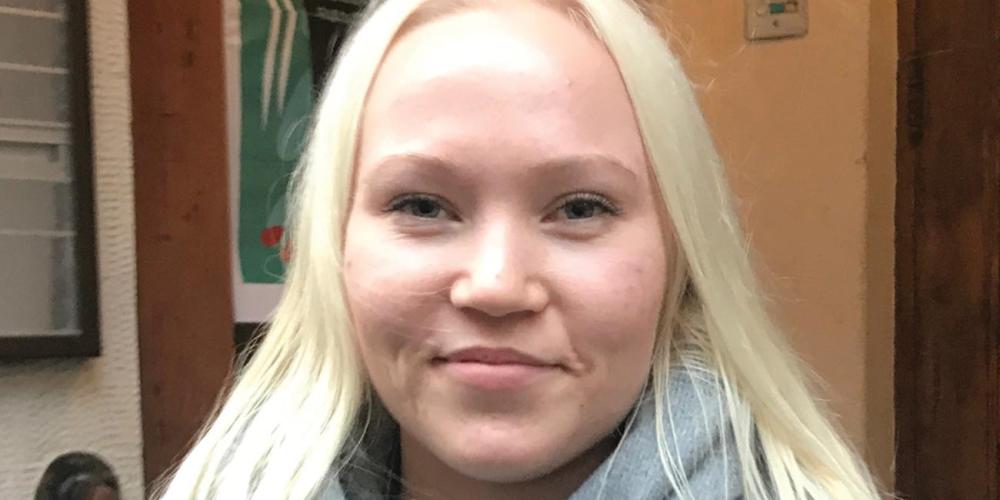 Finland has about 188,000 lakes leading to the nickname “land of the thousand lakes.”

Forests including pine, spruce, and birch, cover more than 86 percent of Finland, making the country the largest forested area and largest producer of wood in Europe.

To Sabbath School teachers: This story is for Sabbath, April 25.

Turning 12 was a big year for Silvia Leppälä. She started seventh grade at a new school in Finland. She stopped attending church with her parents. She smoked her first cigarette and drank her first alcohol.

One day, Silvia was walking with a group of friends in the town of Piikkiö. As they talked and laughed, another 12-year-old girl pulled out a packet of cigarettes.

“Look, I have some cigarettes,” the girl said. “Do you want to try?”

Silvia had never smoked, and she didn’t know what to say. She looked at the girl. She glanced over to her other friends. Some of them were smoking. They stared at her and waited to hear her reply. Silvia was afraid they would make fun of her if she refused or even stop being her friend.

The cigarette smoke didn’t taste good at all, and Silvia coughed. But she smiled. She felt she was cool.

Several weeks later, a friend came to Silvia’s house for the night. The two girls were alone in the bedroom after Father and Mother had gone to sleep. The friend opened her purse and pulled out a bottle of vodka. “Let’s try this!” she exclaimed.

“Where did you get that from?” Silvia asked, surprised that a 12-year-old girl could buy alcohol at the store.

The friend looked guilty. “I stole it from my parents’ cupboard,” she whispered. “Do you want to try?”

Silvia didn’t know anything about vodka. “Sure,” she said.

Silvia felt the same as when she had smoked. She felt she was cool.

Friends offered Silvia cigarettes and alcohol many more times that school year. Every time, she found it easier to say yes. Sometimes she asked for cigarettes or alcohol. She wanted to feel cool.

She began to smoke and drink more and more. Several years passed, and she found it hard to study. She felt sad all the time. She cried every night and often during the day.

Then she remembered God and cried out in desperation, “Please God, I don’t want to be depressed anymore!”

One day, her parents invited her to go to a prayer meeting at the Adventist school in Piikkiö, Finland Junior College. Her parents weren’t Adventist, but they liked to go to Christian programs.

Silvia listened to people sing about Jesus. She prayed. When she left the prayer meeting, she was crying. She wanted to know more about God.

The next morning, she found a Bible at home and read a chapter. She read another chapter the next morning, and the next. When friends called her to go drinking, she refused. She knew that they were a bad influence on her and she would be tempted to drink and smoke if she joined them. She didn’t want to drink and smoke anymore. It didn’t feel cool.

After a while, friends stopped calling. But Silvia wasn’t sad. She had found something better. She was with Jesus.

Today, Silvia is 23 and is studying to become a physical therapist in Finland’s capital, Helsinki. She has many Adventist friends, and they cook and feed the needy at an ADRA soup kitchen. Silvia warns other children to stay away from alcohol and cigarettes.

“I wish I would had been stronger to say ‘no’ when I was offered alcohol or cigarettes,” she said. “It’s not good for my health, and it’s not cool. It really isn’t.”

Finland has about 188,000 lakes leading to the nickname “land of the thousand lakes.”

Forests including pine, spruce, and birch, cover more than 86 percent of Finland, making the country the largest forested area and largest producer of wood in Europe.