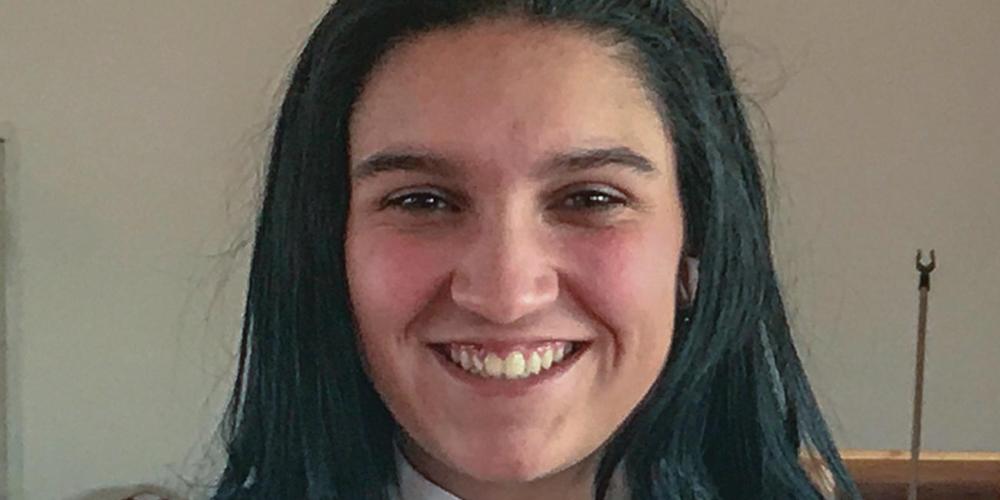 The most popular sports in Slovakia are ice hockey and soccer.

To Sabbath School teachers: This story is for Sabbath, Jan. 11.

After attending a Seventh-day Adventist church, she ran through the door and greeted Father at their home in Rakúsy, a Roma settlement in Slovakia.

“I believe in Jesus!” she exclaimed.

Father turned away. He didn’t want to listen.

Then Uncle Robert came to visit. He was a Seventh-day Adventist, and Father couldn’t refuse to listen to him.

“Do you remember how I used to live?” Uncle Robert said. “Well, I don’t live that way anymore because Jesus helped me, and my life is much better now.”

Father knew that Uncle Robert was telling the truth. He accepted an invitation from Uncle Robert to go to a Bible study group at a neighbor’s house.

While attending the Bible study, Father believed in Jesus. He stopped smoking and drinking and gambling. He and Dominika, who was 12, were baptized together.

Dominika liked her new father. In the morning and evening, they prayed and read the Bible together. They went to church together on Sabbath.

But one day, Father had an argument with someone at church. The next Sabbath, he refused to go to church. He began to smoke and drink and gamble again.

Dominika felt so sad. She prayed for Father to return to God.

“My God, I beg you to help Father to stop smoking,” she said. “Please bring Father back to church so we can go together as a family to church again.”

She prayed every day. Every time she read the Bible, she shared what she had read with Father. He listened thoughtfully.

Several months passed, and Father stopped gambling. Then he stopped drinking. One Sabbath, he called out to Dominika as she prepared to go to church.

Dominika was overjoyed! God was answering her prayers.

She continued to pray for Father. She kept sharing Bible verses. One day, she read 1 Corinthians 13 and gave her Bible to Father so he also could read the chapter.

Father began to weep as he read. The tears surprised Dominika. Father was a big, strong man, and she had never seen him cry. Father read, “And now abide faith, hope, love, these three; but the greatest of these is love.”

“Thank you,” he said. “Thank you for helping me to find my way back to God.”

Nowadays, Father goes to church sometimes, and he still smokes. But he is facing great pressure to fully give his heart back to God. An Adventist neighbor visits regularly and reminds him that he is father not only of Dominika but also of five younger sons and daughters.

“Can’t you see that life is better with God than without Him?” she says.

Mother is not an Adventist, but she also wants Father to return to God.

“You were a better man when you went to church,” she tells him.

Dominika is praying every day for Father and Mother to give their hearts fully to God.

“I’m very grateful to God because I can see that God is helping us,” she said.

Part of this quarter’s Thirteenth Sabbath Offering will help fund a program for vulnerable children at Dominika’s church in Rakúsy, Slovakia. Thank you for planning a generous offering.

The most popular sports in Slovakia are ice hockey and soccer.