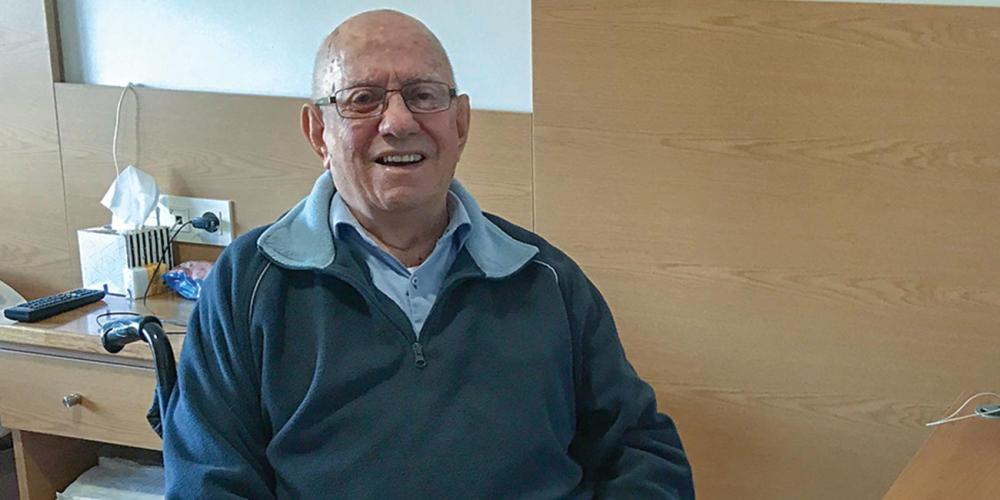 The school principal had a big job to do.

The Seventh-day Adventist Church wanted to buy land for a new school in Spain, and it was his job to find it.

The principal, José López, started by looking at land in and around Spain’s capital, Madrid. The land was nice, but it cost much more than the 3.5 million pesetas that he had been given to spend.

José took a look at the land in and around the second-biggest city in Spain, Barcelona. The land was nice, but it also cost much more money than he had.

José took his search to the third-biggest city in Spain, Valencia. This land was closer to his home because he was the principal of a Seventh-day Adventist school that met in a church building in Valencia. But the church building was too small. Many students were studying to become pastors at the school, and a bigger building was needed.

José looked around Valencia and asked real estate agents to help. They told him that land in the city cost much more money than he had.

One day, a real estate agent suggested that José look at a piece of land located 19 miles (30 kilometers) north of Valencia.

José liked what he saw. The land was in the hilly countryside. Part of it was covered with a forest of magnificent, green pine trees, perfect for hiking and camping. Most important, the main part of the land contained abandoned groves of carob and olive trees. José knew that this would be an ideal location to construct the school.

The real estate agent saw that José liked the land.

“This is a beautiful place,” he said. “But I have to warn you. It’s expensive.”

José met with the owner.

“We like this place,” he told her. “But it is too expensive. We only have 3.5 million pesetas.”

The elderly owner thought for a moment.

“Let me talk with my daughters this afternoon,” she said. “My late husband gave me some conditions for the sale of the land.”

The woman spoke privately with her two daughters, both in their 50s. They reminded her that their father had set a condition for the sale of the land before he died.

“Remember, Papa didn’t want to sell the land unless it is used to open a school,” a daughter said.

“What do you want this land for?” she asked.

“We want to open a school,” José replied.

The elderly owner looked surprised. She hadn’t expected to hear that. She had been trying to sell the land for several years, but she hadn’t been able to sell it because no one wanted it to open a school.

“How much money did you say you have?” she said.

The elder owner thought for a moment.

“My daughters want to sell it for 4.5 million,” she said. “But I am very old, and I don’t want to die without seeing my husband’s wishes fulfilled. Because you want to open a school, let me talk with my daughters again.”

The woman spoke with her daughters and met with José again. She was suspicious that José really planned to open a school.

“I want to make sure that this is for a school,” she said. “You can have the land for 3.5 million, but you have to sign a promise that you really will open a school.”

José couldn’t believe his ears. He almost fell to the ground in shock. He was amazed that the owner was willing to offer such a big discount from the original price.

“My husband was a teacher, and it was his wish and dream for a school to be built on this land,” she said. “The property has stood vacant for many years, but now I can die peacefully because I have fulfilled my husband’s wishes.”

José knew at that moment that God had chosen the land for the school long before the Adventist Church had even began to look for it.

Three years after acquiring the land, in 1974, Sagunto Adventist College opened. Today, the campus has about 700 students studying in its elementary school, high school, music school, and seminary for theology students and future pastors.

Dr. José López is now 90 years old and lives in a nursing home near Sagunto Adventist College. He grew emotional as he remembered the moment when the elderly owner announced that she would sell the land for the school.

Sagunto Adventist College is crowded with students and needs a new seminary building. Part of this quarter’s Thirteenth Sabbath Offering will help construct that building.