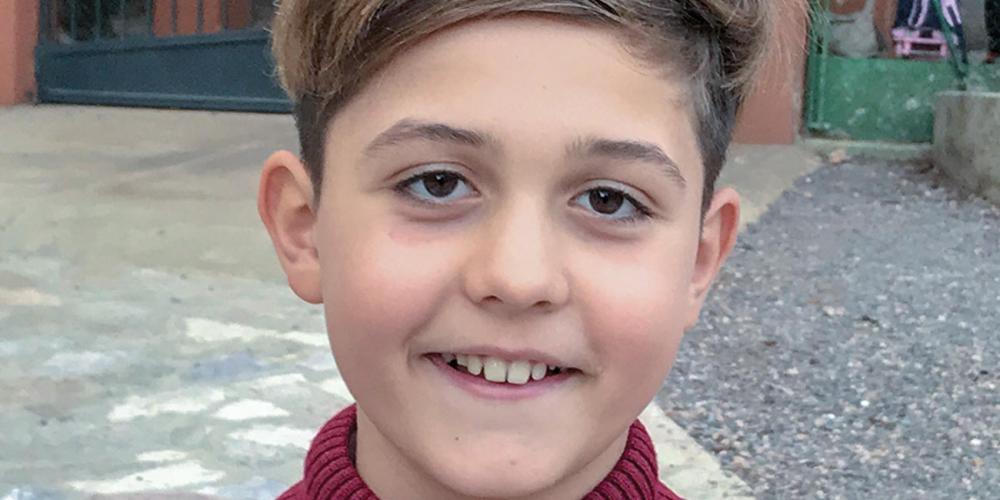 Faith of a Boy

To Sabbath School teachers: This story is for Sabbath, March 21.

“Where do people come from?” he asked Father. “Why are we here? Why do you say that God created us but Teacher says we evolved from monkeys?”

Father had taught David that God created people, but the boy was hearing other ideas at the public school in Spain’s capital, Madrid.

But a month before the school year started, Father learned that there was no space for David in the fourth-grade class. Many parents had put their children’s names on a waiting list for the fourth grade, and David was far down on the list.

“Let’s pray about it,” Father said.

At evening family worship, Father, Mother, and David prayed that David would be allowed to attend the Adventist school. They prayed every day for a month. But then the school principal told Father the bad news. “We don’t have a place for David,” he said. “Sorry.”

But the family didn’t give up. Father, Mother, and David kept praying that the boy would be able to go to the Adventist school. A month passed. Two months.

“God must have a plan for David at the public school,” Father said. “Maybe David needs to be a good witness to his classmates.”

David, however, kept praying. Every evening worship, he thanked God for Father and Mother and finished his prayer by saying, “God, if you want me to attend the Adventist school, please give me a place in the fourth-grade class.”

Father was worried. He didn’t want David to be disappointed. “Don’t rush God,” he told the boy. “God doesn’t always answer us the way that we want.”

But David kept praying. Four months into the school year, Father learned that a fourth grader had left the Adventist school. He rushed to the principal’s office to ask whether David could join the class.

“David is welcome at the school,” the principal said. “But don’t get too excited. You have to get permission from the city education office to transfer David from the public school to the Adventist school. At this time of the school year, it is very hard to get permission.”

Father and Mother decided to try, but they drove to the city education office with little faith. Forty minutes later, they had the transfer paper. David could go to the Adventist school!

Father and Mother couldn’t believe it. As the left the city education office, they stopped to pray. “What is man that You are mindful of him, and the son of man that You visit him?” Father prayed, reciting the prayer of David in Psalms 8:4. “You gave us all of this even with our little faith. You provide all things.”

David was at home when Father and Mother arrived. “Look at this,” Father said, holding out the transfer paper. “This is how powerful God is. This is how He answered your prayer.”

A huge smile filled David’s face and jumped around the house with joy.

“Let’s pray again,” Father said. “Let’s give thanks to God.”

David bowed his head and prayed.

“Thank you, Jesus, because You listened to my prayer,” he said. “Help me to enjoy this school.”

Opening his eyes, he turned to Father. “Do you want to play soccer with me?”

Today, David goes to school just a few steps from the seminary classrooms where Father is studying to become a pastor at Sagunto Adventist College. Part of this quarter’s Thirteenth Sabbath Offering will help construct a new seminary building with a special Creation museum for the schoolchildren. Thank you for planning a generous offering so David and other schoolchildren can learn more about Creation.