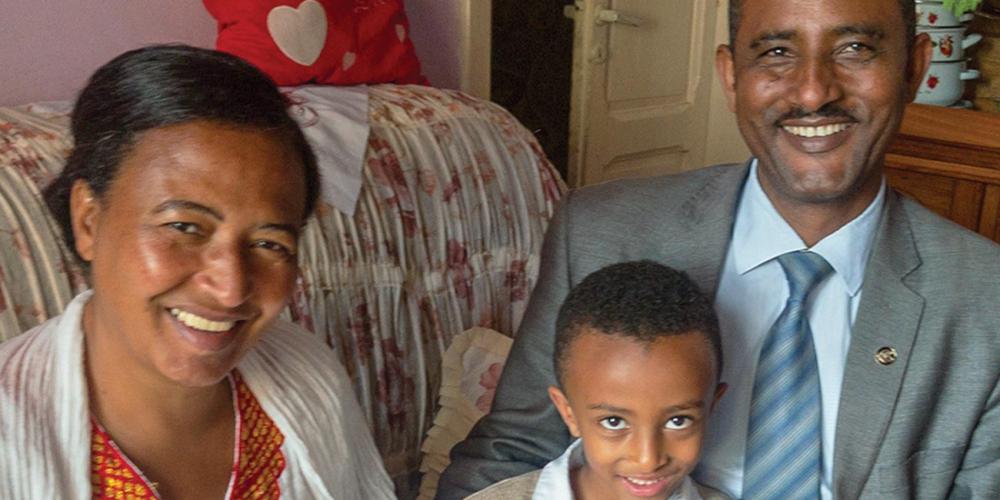 To Sabbath School teachers: This story is for Sabbath, Oct. 5.

Have you ever praised God for going to the bathroom?

Mother and Father were excited when a baby boy was born in Ethiopia’s capital, Addis Ababa, on January 21. That same day, Mother and Baby came home from the hospital.

Mother hugged and nursed Baby. She and Father wondered what to name him.

That night, Baby’s tummy began to grow. It grew and grew. By morning, the tummy looked like a big, round balloon.

Worried, Father drove Mother and Baby back to the hospital. The doctor couldn’t find anything wrong. The boy’s tummy, however, continued to grow. By evening, it was so big and round that Mother was scared to touch it. She thought it might pop. The hospital sent Baby to a bigger hospital, but its medical staff also couldn’t understand why his tummy was so big.

The doctor said the only option was to operate. “Let us open his tummy and see what is inside,” she said.

Baby was rushed into surgery. Several hours later, the doctor spoke with the parents. “We looked inside and found that the baby’s large and small intestines are damaged,” she said. “So, we made a special hole on the right side of his body for a colostomy bag. He will not go to the bathroom like most other babies. Every time he goes to the bathroom, the waste will go into the bag.”

Father and Mother were not allowed to see Baby. He was small and weak and had to be placed in a room for sick babies.

“This boy is in critical condition,” the doctor told the nurses. “He probably will not get better.”

Because of that, the nurses thought, “Why should we take care of the baby?”

For nine days, no one took care of Baby. Waste spilled from his bag and ran onto the wound from the tummy operation.

When the doctor saw poor Baby, she was very unhappy. “Why haven’t you taken care of Baby?” she asked the nurses.

She ordered the nurses to clean the baby’s wound three times a day and to put honey on it. After 15 days, Baby began to get better and Mother was allowed to see him. She and Father had been praying for God to save him, and they decided to name him Alazar, which means Lazarus in the local Amharic language.

“Like Lazarus, Jesus brought him back to life from the dead!” Father said.

A month after his birth, Alazar returned home. He slowly grew strong and big. He looked like other boys except for the bag attached to his side.

When Alazar was 1 ½ years old, the doctor ran some tests and saw that his intestines looked normal. “Let’s do another operation,” she said.

Father and Mother knew that if the operation failed, Alazar would have to live with the bag always. In Ethiopia, that would be very difficult.

After the operation was over, Father and Mother visited their little boy lying on a hospital cot. The bag was gone and the hole in his side had been sewn shut.

Father and Mother stayed at the hospital all night and waited. But Alazar didn’t go to the bathroom. He didn’t pass gas. Two hours passed. Three hours. By 3 a.m., Father and Mother were crying. They prayed for Alazar to go potty.

Father asked Mother to hold up the baby. As Father took a closer look at the baby’s bottom, something fell to the floor. Little Alazar had gone to the bathroom!

Father jumped up and down and then fell on his knees to thank God. Mother was so happy that she couldn't say anything. She cried.

Today, Alazar is 7 years old and plays soccer and goes swimming with the other children. The only reminder of his operations are two big scars on his tummy.

“These marks show that Jesus saved my life and that I am His child,” he said. “Jesus is the one who healed me.”

While Alazar knows about Jesus, many children in Ethiopia do not. Part of this quarter’s Thirteenth Sabbath Offering will help build Sabbath School classrooms where children can learn about Jesus.