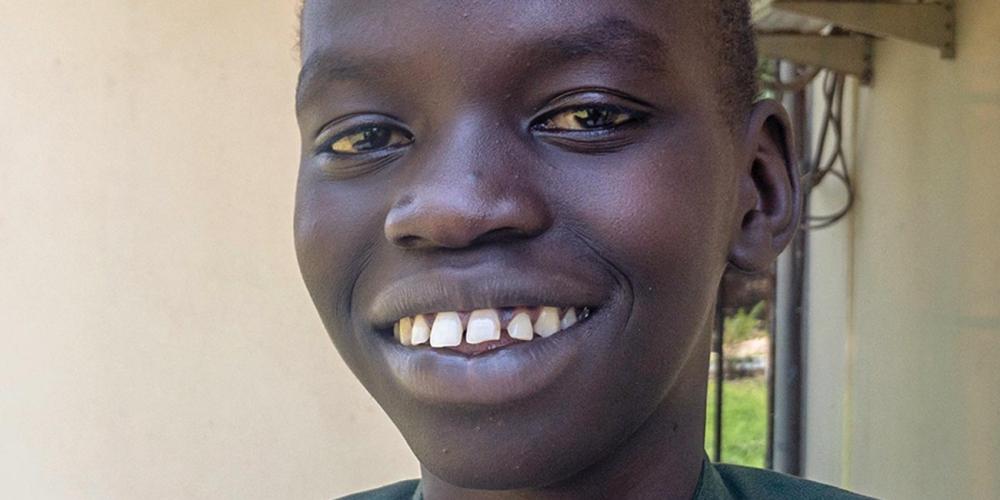 In South Sudan, wealth is measured by the number of cattle that each family owns.

To Sabbath School teachers: This story is for Sabbath, Nov. 16.

The Sabbath School leader looked embarrassed as she stood before the congregation at Juba Central Seventh-day Adventist Church in South Sudan.

She asked the boy in the second row to stand. “I want to apologize to this boy,” she said in English, as an interpreter translated her words into Arabic. “I made a mistake.”

She explained that a few minutes earlier she had scolded the boy for whispering during Sabbath School. But then she learned that the boy was interpreting the Sabbath School program for his younger brother, who didn’t understand English or Arabic. He only spoke Dinka.

“The thing I like about this young boy is that he came with his young brother and translated for him,” the Sabbath School leader said. “Thank you for sharing Jesus.”

The boy, 15-year-old Mareng Yol, has many brothers and sisters whom he wants to invite to church. He lives with 51 brothers and sisters. You see, Mareng’s wealthy father has been married 34 times, and he brought eight wives and 52 children, including Mareng, when he moved to Juba, South Sudan’s capital.

Three months after arriving, the family started looking for a school. Someone recommended Juba Seventh-day Adventist Primary School, and Mareng and three brothers were enrolled. Mareng had never heard about Jesus, and he loved reading the Bible. He and the three brothers were baptized.

It wasn’t easy for Mareng to keep the Sabbath. Once, he was sent to the house of several older brothers for the weekend. After sundown on Friday, the brothers ordered him to fetch water in buckets.

“We cannot work because it’s the Sabbath,” he said.

“What do you mean?” said one brother. “It’s still Friday until midnight.”

Mareng explained that the Bible teaches that the Sabbath starts at sundown Friday. His brothers mocked him and demanded the water. When he refused to work, the brothers beat him with canes for three hours.

The next day, Mareng went to church but couldn’t sit down because it hurt too much. Still, he was happy to worship.

He also has been teaching his brothers and sisters about Jesus at home. He invites them to sit under a tree every day. Using a small green New Testament and a torn pamphlet of Bible studies, he teaches them about the Ten Commandments and shares that Jesus is coming soon.

Mareng had to leave the Adventist school after the eighth grade to go to high school. The Adventist Church didn’t have a high school in Juba at the time.

But now a high school has opened near the elementary school where Mareng went to eighth grade. The only problem is that too many other children also want to study at the high school. When he asked to enroll this school year, he was told that no room remained.

“I am praying to study at the Adventist school next year,” he said.

Part of this quarter’s Thirteenth Sabbath Offering will help the high school construct new classrooms so more children like Mareng can attend. Thank you for planning to give a generous offering on Thirteenth Sabbath.

In South Sudan, wealth is measured by the number of cattle that each family owns.