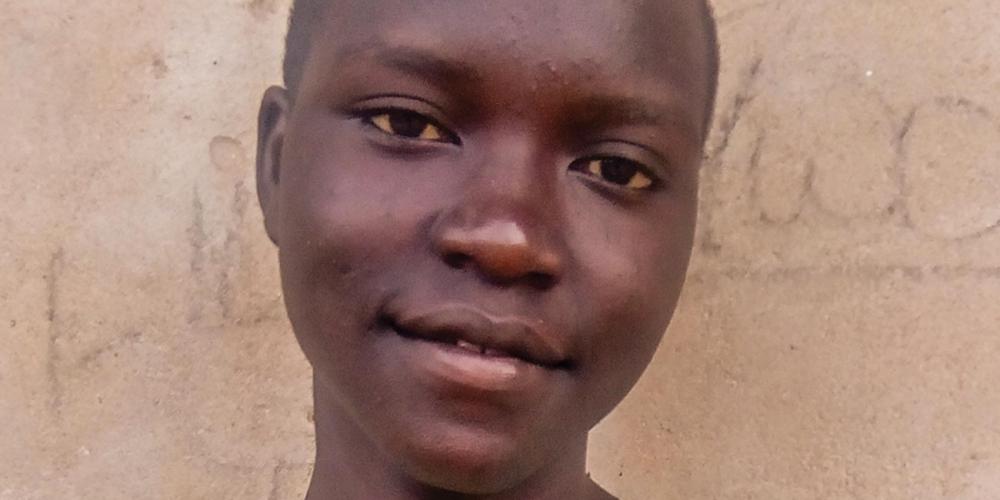 Something Happened to Daddy

The first converts in Sudan were Munir Andrawis and his wife. After attending Middle East College in Beirut, they returned to Sudan in 1955 and began missionary work in the capital. They distributed relief clothing and promoted Bible correspondence school work.

The church has a medical center, the Munuki Seventh-day Adventist Clinic; a Bible correspondence school; and a radio station, Salvation Radio FM, in the city of Juba in South Sudan.

To Sabbath School teachers: This story is for Sabbath, Nov. 9.

Thousands of children are homeless in South Sudan. A girl named Peace Evelyn Joseph sometimes saw them on the street when Father picked her up at the airport.

Peace and her older brother, Boniface, studied at a boarding school in Uganda, far away from their home in South Sudan. The children knew that they were special. Only children from rich families could afford to study in Uganda.

Their father was rich. He worked as chief-of-staff for a governor in South Sudan. Every time Peace and Boniface came home for a two-week vacation, Father had a fancy new car. He drove them in the car from the airport.

But other than the car ride, Peace didn’t see much of Father. He rose early to go to the office. After work, he drank with friends. Peace didn’t worry. She had everything she wanted.

Then during one vacation, Father called the children to a serious meeting.

“I’ve lost my job,” he said. “I can’t afford to pay for your school in Uganda. You will have to stay here in Juba.”

Peace burst into tears. She liked studying in Uganda. All her friends were there.

“I don’t have the money,” he replied.

“Can you borrow from your friends and repay them later?” she persisted.

“My friends have refused to help,” he said.

The family began to struggle over money. Father did odd jobs but never made enough money to feed the family. He couldn’t even pay for school books at the public school where Peace and Boniface were studying. Peace and Boniface stopped going to school. Many days they went hungry. Life was hard.

One Friday evening, Father came home instead of drinking. Mother was surprised.

Father said nothing and sat down. Mother brought some food, and he ate. Then he called Peace’s little brother, 7-year-old Junior.

“Please bring me the radio,” he said.

Father tuned the radio, and the first channel he heard was Salvation FM, a Seventh-day Adventist radio station. Father listened intently as someone sang, “Stand Up, Stand Up for Jesus.” Then a pastor preached about God’s love.

When the sermon ended, Father whispered, “Why am I wasting my life when Someone loves me so much?”

He called an Adventist cousin on his cell phone. “Peter, tomorrow I am coming to the church with you,” he said.

After church, Father apologized to Mother for drinking and neglecting the family. He invited her to church the next Sabbath. Soon both were baptized.

Today, Father is studying to be a medical missionary, and he helps homeless street children. Peace helps him feed and clothe the children. The first time she helped, she said something that made Father sad. “When you were drinking, Daddy, this is the suffering that we went through,” she said. “We were like these children whose parents don’t provide for them.”

Father knew it was true.

“I didn’t know what I was doing,” he replied. “But now Someone is directing me, and that Someone is God. Follow me, and you will be like me. You will do better things with Jesus.”

The first converts in Sudan were Munir Andrawis and his wife. After attending Middle East College in Beirut, they returned to Sudan in 1955 and began missionary work in the capital. They distributed relief clothing and promoted Bible correspondence school work.

The church has a medical center, the Munuki Seventh-day Adventist Clinic; a Bible correspondence school; and a radio station, Salvation Radio FM, in the city of Juba in South Sudan.