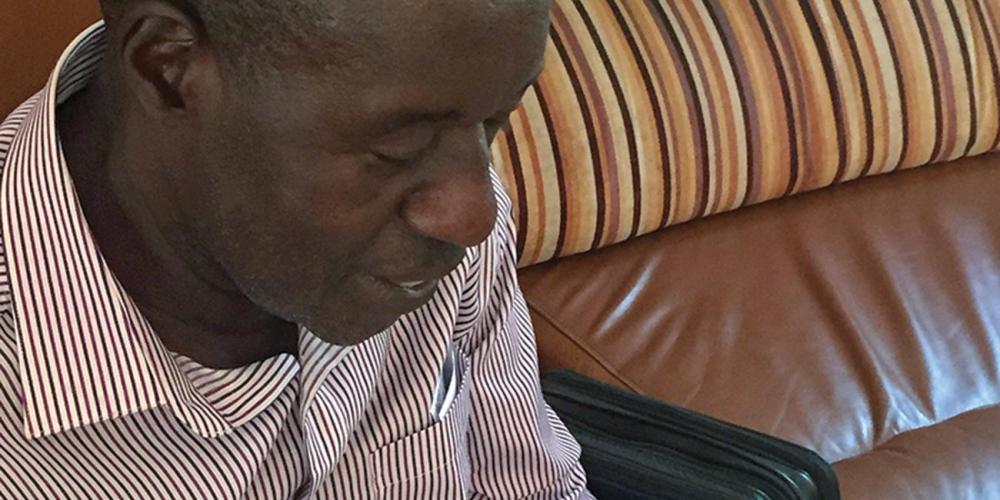 Rwanda is a rural country with about 90 percent of the population engaged in mainly subsistence agriculture.

Rwanda is also known as the Land of a Thousand Hills because most of the country is covered by rolling, grassy hills.

To Sabbath School teachers: This story is for Sabbath, Oct. 26.

Eleven-year-old Samuel Ndagijimana saw that his cousins were growing tobacco on their farm in southern Rwanda.

The cousins were earning more money selling the tobacco than Samuel made selling potatoes, peas, beans, and maize from his farm.

He decided to plant tobacco.

But Samuel didn’t tell his big sister, and he planted the tobacco in a corner of the field when she wasn’t at home.

Samuel lived with his 18-year-old sister in a small house on a plot of farmland. Father and Mother had divorced and started new families elsewhere.

Weeks passed after Samuel secretly planted the tobacco, and the crop began to grow. Big Sister was not pleased when she noticed the tobacco plants. “What have you done?” she asked her brother.

“I saw that our cousins were making lots of money selling tobacco,” Samuel said. “I decided to grow tobacco so we also could have money.”

Samuel and Big Sister watched in shock. They didn’t know what to do. Everything was happening so quickly.

Big Sister covered her eyes with her hands. The fire was so close to the house, and she couldn’t bear to see the house burn down. She and Samuel would lose everything.

At that moment, Samuel saw a shining man in a white robe appear in the sky. The man raised his hands over the fire and lowered them. As he gestured, the fire went out in an instant. Then the man disappeared. Their home was saved.

Samuel stared in astonishment at the blackened, smoking hedge. Not hearing the crackling of the fire, Big Sister cautiously peeked out from behind her hands. For a moment, nobody said anything. Samuel and Big Sister couldn’t believe their eyes. Samuel finally spoke.

Big Sister was overjoyed. She couldn’t believe that an angel of the Lord had camped at their home to deliver them.

Samuel and Big Sister talked for the rest of the day about God’s amazing protection.

That evening, they thanked God in prayer.

“Thank You for protecting us and our belongings and our house,” Samuel prayed.

“Thank You that we still have a house to live in even though the fire was about to consume it,” Big Sister prayed.

Nearly 50 years have passed since the fire, but Samuel still remembers the that day as if it had just happened.

“I’ll never forget,” he said. “This was the moment when I understood that God protects.”

Part of a 2016 Thirteen Sabbath Offering helped open a medical school on the campus of the Adventist University of Central Africa in Samuel’s home country. Samuel is grateful that the school trains doctors and nurses to spread the news that Jesus is coming soon.

Rwanda is a rural country with about 90 percent of the population engaged in mainly subsistence agriculture.

Rwanda is also known as the Land of a Thousand Hills because most of the country is covered by rolling, grassy hills.