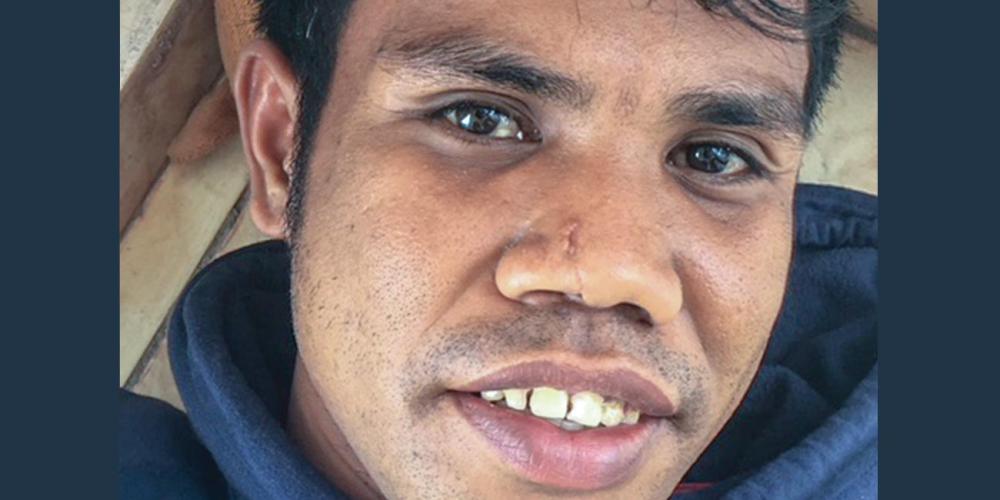 “Everyone is talking about Edu’s decision to forgive, and no one understands it,” he said.

An estimated 98 percent of East Timorese are Roman Catholic, a legacy of the Portuguese colonization. The remaining 2 percent are divided between Protestants and Muslims.

To Sabbath School teachers: This story is for Sabbath, Nov. 10.

Adrunk man stumbled into the shop in the town of Lospalos in East Timor.

He swore and said unkind things about Edu, the 28-year-old salesman and cashier working behind the counter. He mocked the Seventh-day Adventist Church.

Edu, a quiet and unassuming man, didn’t like the man’s words and gently scolded him. The man grew even angrier and threatened to kill Edu. But he saw the other customers in the shop and backed off.

“I’m going to kill you tonight,” he snarled as he headed out the door.

That night, Edu heard a knock on the two big doors at the back of the shop.

He went over to the doors, which was locked and chained together, and peered between them to see who was outside.

At that moment, a spear plunged through the crack.

At that split second, Edu raised his arm, diverting the course of the spear. The top of the spear sliced the end of his nose.

The shop owner, a Seventh-day Adventist man named Zelindo, found Edu in the hospital a short time later. Edu’s family already was standing around the hospital bed, heatedly discussing how they wanted to kill the man who had thrust the spear through the door. The attacker was the same man who had threatened Edu earlier that day.

Zelindo didn’t like how the family was talking, and he thought to himself, “Will I watch these people kill each other? No! I must stop them.”

Zelindo turned to Edu, who was lying in the bed. He said, “I want to ask you something. How many times does Jesus say we have to forgive our brother?”

Edu knew the answer. As part of his job, he was required to attend weekly Bible studies with Zelindo. He remembered hearing Matthew 18:21-22, where Peter asked, “Lord, how often shall my brother sin against me, and I forgive him? Up to seven times?” Jesus replied, “I do not say to you, up to seven times, but up to seventy times seven.”.

Zelindo looked at Edu in the bed. “How many times does Jesus say we have to forgive our brother?”

“I’m going to forgive him.”

“What?” Edu’s brother said. “He nearly killed you.”

Two days later, Edu showed up at the shop to return to work. Zelindo urged him to go home and rest, but Edu insisted that he felt well. After a short time, the police came to the shop to ask Edu whether he wanted the attacker to go to jail. Edu shook his head.

The police detained the attacker anyway and put him in jail for a week. But then they let him go.

Soon everyone in town began to talk about how Edu had forgiven the man who had tried to kill him. People were amazed.

“If that had happened to me, I would have killed him,” said another.

Zelindo hopes that people will understand that God also wants to forgive them—just as Edu forgave after the 2017 attack. Edu and his mother have already been baptized, and Zelindo hopes many more people will follow their example.

“Everyone is talking about Edu’s decision to forgive, and no one understands it,” he said. “It is the power of God.”

An estimated 98 percent of East Timorese are Roman Catholic, a legacy of the Portuguese colonization. The remaining 2 percent are divided between Protestants and Muslims.