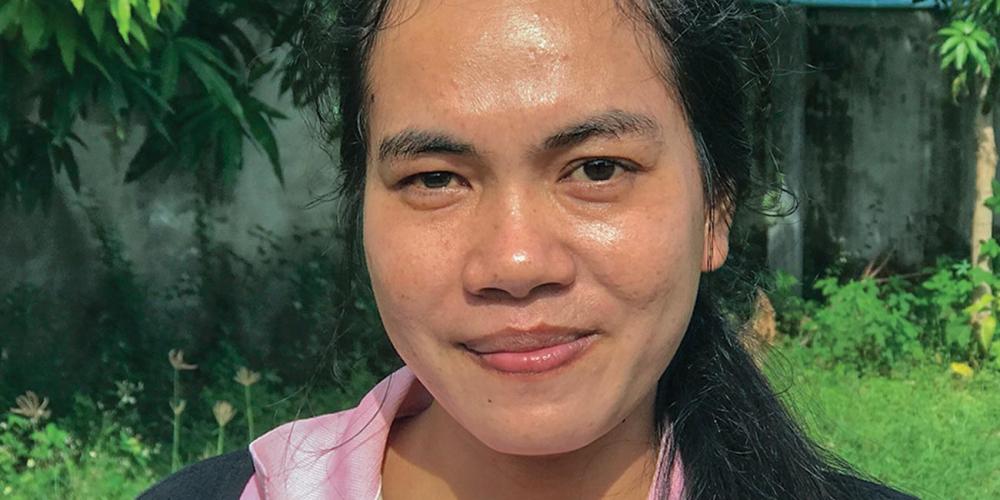 I Can’t Believe It

The physician ordered an ultrasound test to find the reason for the pain.

To Sabbath School teachers: This story is for Sabbath, Nov. 3.

Sharp pain shot through Marina’s stomach, causing her to double over in agony.

The next day, the stomachache grew worse.

It hurt so much that the 16-year-old girl wept in her home in the Cambodian village of O Mony.

Father put Marina on his motorcycle and drove her and Mother to the hospital in Battambang, Cambodia’s second-largest city, located 4 miles (7 kilometers) away.

The physician ordered an ultrasound test to find the reason for the pain. The initial results worried him, and he ordered a second test. With those results in hand, he grimly approached Father.

The physician filled out some paperwork and instructed Marina’s parents to bring the documents and U.S.$300 for the operation in three days.

At home, Father gathered the family—Mother, Marina, and three other teenage children—for a special season of prayer. The family prayed again on the second day. On the third day, the family met one last time before heading for the hospital.

“Father in heaven, my youngest daughter has a sickness that requires surgery,” Father prayed. “You know, we are worried because we don’t know what exactly the doctor will find. We don’t have money for the surgery, and we’ve had to borrow it.”

As Father prayed, rain began to pound against the house roof. Marina was in severe pain and crying. All the family members were weeping with her.

“Father, You are the God who has the power to do all things,” Father said. “Please heal my daughter.”

As Father finished praying, his cellphone rang. It was the physician.

“Why haven’t you brought in the girl?” he asked. “It’s time to begin the operation.”

Father explained that the rain made it impossible to drive his motorcycle to the hospital. The family didn’t own a car.

“As soon as the rain stops, come immediately,” the physician said.

The family knelt to pray again.

“Lord, you know that we have this problem,” Father said. “You know that the rain is falling so hard that we can’t go to the hospital. Help us so our daughter won’t need the operation.”

As Marina climbed onto the motorcycle, she noticed that she felt better and suggested canceling the trip. Father insisted on going to the hospital.

At the hospital, Father realized that he had forgotten to bring the required paperwork. The physician couldn’t operate without the documents, so he ordered a new ultrasound test.

“I can’t believe it,” he said as he examined the results. “Everything appears normal.”

He ordered a second test. The results were the same: no tumor. A third test was taken. Finally, the physician said in disbelief, “You don’t need the operation. Go home.”

“I knew it!” she exclaimed. “I believed in Jesus, and I believed He would do something so I wouldn’t need the surgery!”

“This is the power of God!” she said.

The three siblings, who had been praying and crying, grabbed each other by the hands and jumped up and down.

“We thanked God for healing our sister,” said Marina’s older sister, Sokhom, who was 17 at the time.

The miracle prompted big changes at home, said Sokhom, who related the story. She and her three siblings, who earlier had shown little interest in giving their hearts to Jesus, began to study the Bible and were baptized.

All four children are now faithful Adventists. Marina is a healthy, 27-year-old mother. Sokhom, 28, is a Bible worker and first-year university student. She is studying nutrition and will work at a planned Seventh-day Adventist vegetarian restaurant in Battambang.

Part of this quarter’s Thirteenth Sabbath Offering will help construct the two-story community center where the restaurant will be located. Thank you for your mission offering.