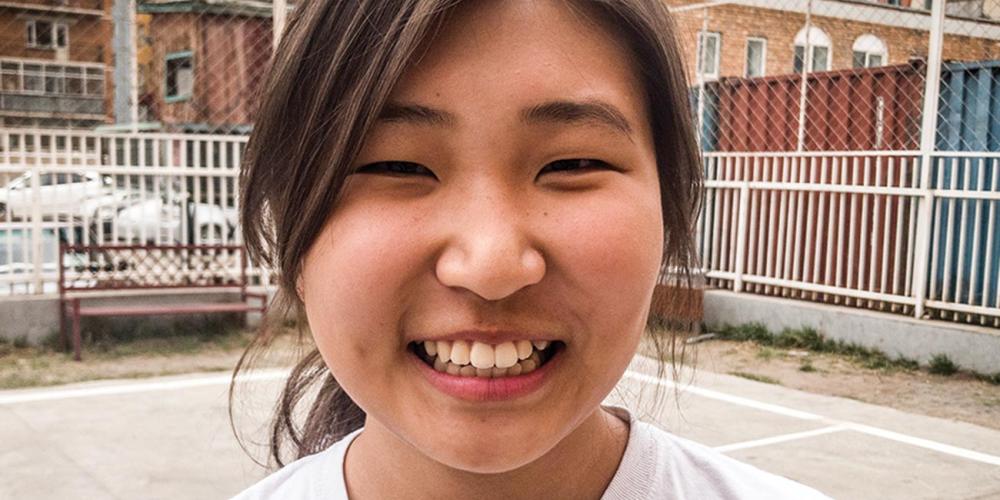 Praying for a Best Friend

So, Urna and Dani began to pray that they could remain together. They planned a future together in Brazil. Urna prayed, “Dear God, let me go to Brazil to live with Dani.”

To Sabbath School teachers: This story is for Sabbath, Sept. 8.

Urna [pronounced: OR-na] grew up in a Seventh-day Adventist home in Mongolia. [Find Mongolia on the map.]

Urna’s father died when she was four years old, and she lived at home with her mother.

Urna loved her new school! All the children were nice, and no one made fun of her for not having a father. She became best friends with a girl named Dani from Brazil. Urna and Dani did everything together.

So, Urna and Dani began to pray that they could remain together. They planned a future together in Brazil. Urna prayed, “Dear God, let me go to Brazil to live with Dani.”

But the day came when the girls had to say goodbye. It was horrible. Urna cried about saying goodbye, but she also cried because she wanted to move to Brazil.

Dani spoke bravely. She told Urna, “Goodbyes are not meant to be sad. Goodbyes only mean I’ll miss you until we meet again.”

Urna and her mother got on an airplane and flew back to Mongolia. But Urna didn’t stop praying. She prayed every day, “Dear God, let me go to Brazil to live with Dani.”

One year passed. Two years passed. Then three and four years. Urna kept praying. One day Urna came home from her Adventist school in Mongolia and found her mother waiting for her at the front door. “You are going to Brazil!” her mother exclaimed.

She learned that friends from Brazil had called her mother and invited her to go to high school in Brazil. The friends said she could live with them.

Urna can’t wait to be reunited with Dani! She can’t believe how God answered her prayer!

“When I really prayed for it, it didn’t come right away,” she said. “It came in God’s time. I think God answers prayer when it’s the right time.”

Today, Urna likes to go to church on Sabbath, and she doesn’t think it’s boring. She goes to praise the God who loves her so much that He answered her biggest prayer.

Urna’s school in Mongolia is growing so quickly that it doesn’t have room for all the students who wish to study there. Part of this quarter’s Thirteenth Sabbath Offering will help build a new high school so more students can attend an Adventist school. Thank you for your mission offering.

Watch a 10-second video clip of Urna’s testimony at the link: bit.ly/praying-for-a-best-friend