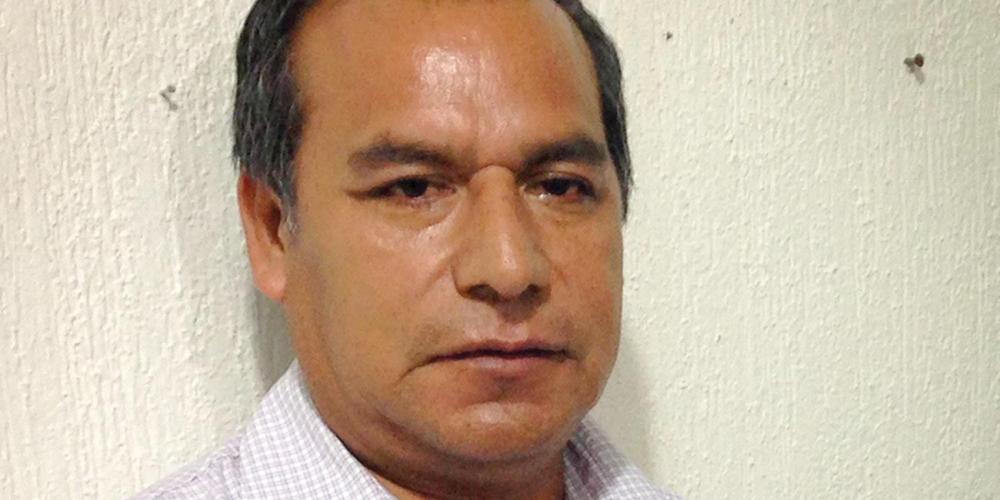 “I’m going to tell you the truth, but then I’ll never come back to your house,” the man said.

To Sabbath School teachers: This story is for Sabbath, Feb. 10. Click here for photos to share while telling the mission story.

Would God go into a bar? [Wait for children to answer.]

Fermin [pronounced: fehr-mIHn] says God would go into a bar.

Fermin grew up in a Seventh-day Adventist home in Mexico. [Find Mexico on the map.] But he left God as an adult. He drank and smoked. He hated his life so much that he wanted to die. He told his old friends, “If I am found dead one day, don’t blame anyone because I wanted it.”

Then Fermin looked for new friends. He hung out with thieves and other criminals, but he didn’t treat them like friends. He yelled at them. He called them bad names. He threatened them. He hoped that they would get angry with him and kill him.

One day, a man knocked on Fermin’s door and offered Bible studies. Fermin was alone and feeling sad, so he invited the man into his house. The man came every day for 15 days.

Then Fermin asked the visitor to explain Revelation 12:17. The verse says, “And the dragon was enraged with the woman, and he went to make war with the rest of her offspring, who keep the commandments of God and have the testimony of Jesus Christ” (NKJV).

The visitor said he could explain the verse but he needed 15 days to prepare the answer.

After 15 days, the man returned and said, “The angry dragon in the verse is Satan and the woman is the church. To go to heaven, you need to find a church that keeps all the commandments of God.”

Fermin asked the man whether his church kept all the commandments.

The man hung his head. “No, it doesn’t,” he said. “But I can’t leave. I promised to help the church leaders, and I can’t break my promise.”

Fermin asked the man whether he knew of a church that kept all the commandments.

“I’m going to tell you the truth, but then I’ll never come back to your house,” the man replied. He lowered his voice to a whisper. “It’s the Seventh-day Adventist Church,” he said.

It so happened that there was an Adventist church near Fermin’s house, but Fermin couldn’t seem to find time to go.

One day, Fermin felt a huge urge to drink, and he went to the store to buy beer.

As he looked at the bottles of beer, he prayed, “Please, Lord, I don’t want to do this.” Tears began to run down his cheeks, and he remembered a song from his childhood called, “God’s Love.” Fermin sang the song aloud right in the middle of the store. When he finished, the desire for beer had vanished, and he went home empty-handed.

“That was a miracle,” Fermin said. “It was very hard for me to resist the urge of alcohol.”

Three months later, the desire to drink returned strongly. Fermin went to a bar and ordered a beer. As he sat there with the beer bottle in his hand, he felt like something was different. He felt like God was with him in the bar. He heard a voice in his head say, “Son, you don’t belong here anymore. You don’t have to be here anymore.” The voice was so compelling that he couldn’t hold the beer in his hand, and he set it down on the counter.

Fermin left the bar and never returned. Six months later, he was baptized. Many church members remembered him from when he was a small boy, and they welcomed him back with open arms.

Do you obey God’s commandments? [Wait for children to reply.] When tempted to do wrong, it might seem hard to obey God. But God promises to help those who ask. James 1:12 says, “Blessed is the man who endures temptation; for when he has been approved, he will receive the crown of life which the Lord has promised to those who love Him” (NKJV).

Fermin prayed for help, and God helped him overcome enormous temptations. “I see myself as a wonderful miracle of God,” Fermin said, weeping as he told his story.

With God’s help, Fermin now keeps all the commandments of Jesus. He is looking forward for Jesus to return to take him home.

Let’s pray for God’s help right now before we collect the mission offering.