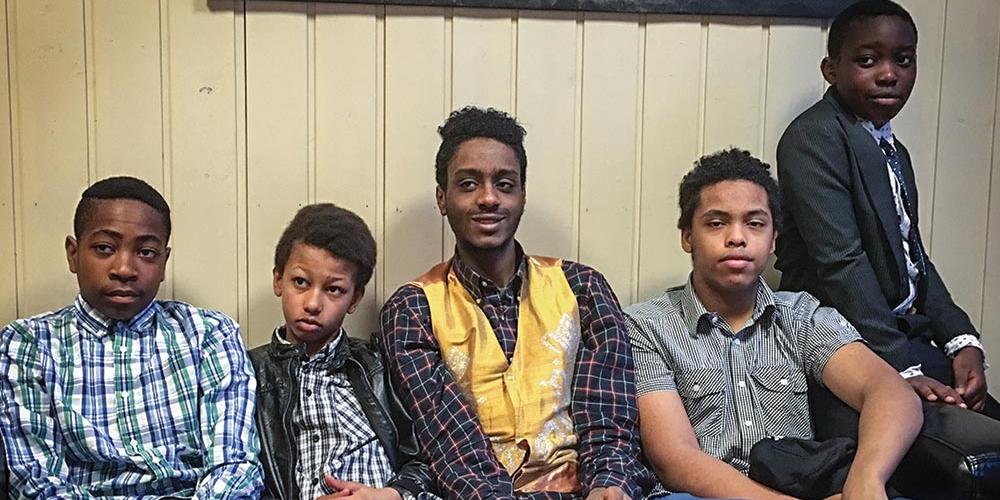 Today we will meet two young people from the Junior Sabbath School class at a very old church in Oslo, Norway. Oslo is the beautiful capital city of Norway [point out on a map]

People from many different countries attend the Bethel Adventist Church. In the Junior Sabbath School there are many young people who either themselves or their parents came from African countries [point out these places on the map as you name the countries] such as Ethiopia, Ghana, Rwanda, and Zambia.

Caleb is a boy from Ethiopia. He likes to be friends with everyone and has several friends who are Muslim.

“This year I’ve learned some new things,” Caleb says. “Like how to say words in Arabic. My friend taught me to say ‘Allahu Akbar.’ I taught him and my other friends how to read the Bible. We read stories from the Bible together and then we pray and then we eat dessert and then have fun with each other! My friend thinks that I am lucky and that being an Adventist isn’t as strict as being a Muslim.”

“But I got the chance [to share],” he says, “because I didn’t want it to be cancelled. I gave the presentation and that felt pretty good. I told them the main stuff about us—we believe Sabbath is on Saturday and we believe in the second coming of Jesus. That’s why we’re called Seventh-day Adventist.”

The class was impressed, and the teacher told Caleb that he did very well. Caleb was happy that he could witness for his faith.

Haset is another boy from Ethiopia, and he also was given the opportunity to share his faith with his class. During the presentations on various religions, they were just going to skip over Seventh-day Adventism.

But, Haset decided that that couldn’t happen. “I thought, Adventism is my religion, and it can’t be skipped,” he says. Unlike Caleb, Haset had a little more time to prepare his presentation, so he went home and talked with his parents about it. They helped him to prepare as best as they could, and Haset asked them lots of questions.

When the big day for the presentations arrived, Haset was ready. He says, “I just went up and said what I knew, and it sounded pretty good. I think that God was with me and He helped me stand up. And the Holy Spirit was over and in me. I told my parents about it afterward and they were really happy and proud of me.”