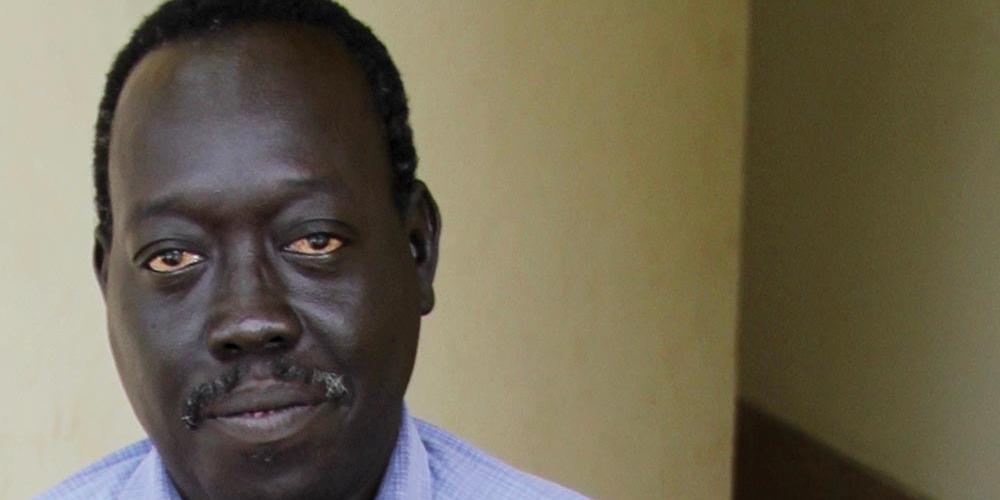 In last week’s story we learned about Michael and his family who live in South Sudan. You might remember how Michael loves to tell other people about Jesus. In today’s story we will hear how Michael’s father helped Mr. and Mrs. Victor learn more about God.

Mr. Victor grew up in a home where his father drank a lot of alcohol. His father thought that nothing bad would happen to him, even though he drank. But one day he became very sick and died.

When he grew up, Mr. Victor also drank alcohol, and one day he, too, became very sick. Then he heard a very clear voice saying to him that if he didn’t stop drinking he would die like his father. He decided to quit drinking. “That was the day that God started working in my life,” he remembers.

Mr. Victor started watching a Christian television station and enjoyed the programs. About this time, he also met a nice lady named Vera and they were married. Mr. and Mrs. Victor were looking forward to having children. They waited and waited, but no children came. They were very sad and decided to read the Bible. They hoped that God would help them, and He did. They read about many people in the Bible who wanted children—such as Abraham and Sarah, and Hannah, who prayed for a child and was given Samuel. Mr. and Mrs. Victor decided to start praying that God would give them a child.

About this time, Michael’s father met the Victors. He asked if they would like to study the Bible with him, and they said “Yes!” They were very happy that now they had someone they could ask questions and who would show them answers from the Bible. After their Bible studies with Michael’s father, Mr. and Mrs. Victor were baptized at the Seventh-day Adventist Church in Juba.

The Victors were so happy. Every evening before going to bed, the family had family worship. They enjoyed singing hymns, listening to Bible stories, and praying together.

After a while, Mrs. Victor was expecting another baby. But this time, something sad happened. When Mrs. Victor went to the hospital to have the baby, there was a problem and the mother died.

Of course, Mr. Victor and the children were very sad. But they still kept their faith in Jesus and look forward to His soon return.

“My favorite Bible story is when Jesus rose from death,” says Shammah, who is now 12 years old. “Father told me that when Jesus comes, He will wake Mother up and will take us all together to Him!”

Every evening, the Victor family still gather together for family worship where they sing, read the Bible and pray. And every Sabbath they are happy to go to Sabbath School and church. Sometimes however, Shammah and her sisters, and the many other children can’t have Sabbath School because it is raining. The only place they have to meet for Sabbath School is under the trees. When it rains everything becomes very wet and muddy.

This quarter, we have a wonderful opportunity to help the children in Juba, South Sudan! Part of our Thirteenth Sabbath Offering will be used to build a “Lamb Shelter.” This is a special building that will be used for children’s meetings such as Sabbath School, Adventurers and Pathfinders. Please remember to bring your special mission offering so you can help Shammah and the many other children living in Juba, South Sudan. Thank you!.