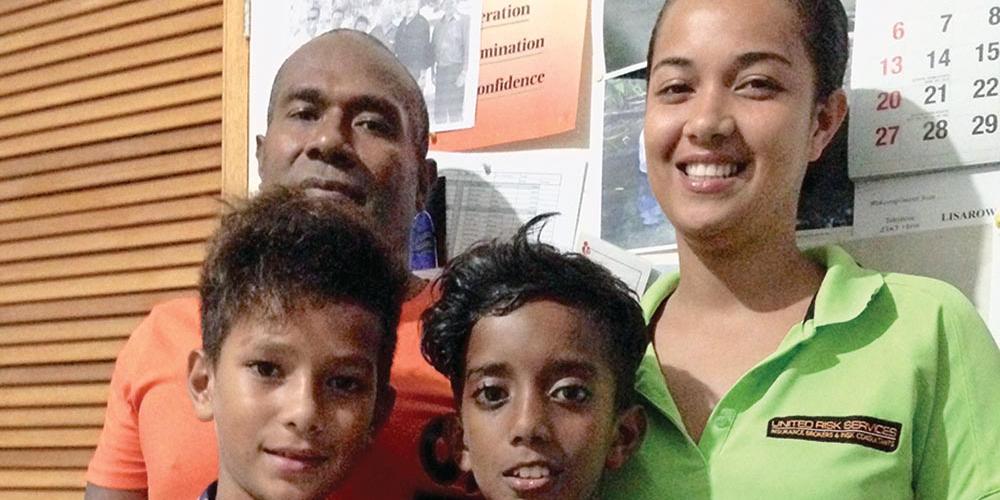 They kept praying for him and begged him to stop drinking alcohol and to come to church with them. The father had noticed that his family was changing—they all seemed to be a lot happier.

The story thus far: Dyan and his younger brother, Ryan, along with their parents live in the Solomon Islands. Dyan’s father used to be an Adventist but had left the church as a young man. Dyan started going to Sabbath school with his cousins and then he invited his brother and his mother to attend with him.

When they arrived at the church’s lamb shelter on Sabbath, Dyan and Ryan’s mother was so impressed! The classrooms were set up in an organized way by age groups, and each room was nicely decorated. The program was well-organized and very interesting. She could see that the teachers prepared the Bible lessons very well and she understood why Dyan and Ryan were so happy to come to Sabbath School each week.

The boys were even happier when their mother said she would come again with them the following Sabbath! She kept coming to Sabbath School, and one day Dyan said, “Ma, why don’t we also go to the divine service?” So Dyan, Ryan, and their mother started going to church as well—and really liked it too.

After six months, their mother decided that she wanted to become a Seventh-day Adventist and was baptized. Dyan and Ryan were so happy! Now the three of them started praying for the father.

They kept praying for him and begged him to stop drinking alcohol and to come to church with them. The father had noticed that his family was changing—they all seemed to be a lot happier.

Finally, on one Sabbath, he told his family that he would come back to church. Dyan, Ryan and their mother were delighted! He also stopped drinking alcohol and working on the Sabbath. Then he was re-baptized.

Leaders in the Church

That was four years ago. Now Dyan is a Pathfinder, and his father is a Pathfinder leader! Ryan is in the Adventurer Club, where their mother is a leader. Their mother says, “We look forward to church programs that bring us together—especially the camping trips!”

Ryan and Dyan are very happy that now their family talks together. They like to share their thoughts and feelings about their happiest times—and it’s always about coming to church as a family!

Ryan is so glad that he invited his brother, mother, and father to come with him to learn more about Jesus and His Word, the Bible. He’s also happy that the Adventist church near where he lives has a nice lamb shelter for the children.

You can help more boys and girls in the Solomon Islands and other South Pacific islands to have lamb shelters by bringing your Thirteenth Sabbath Offering this quarter. Thank you!