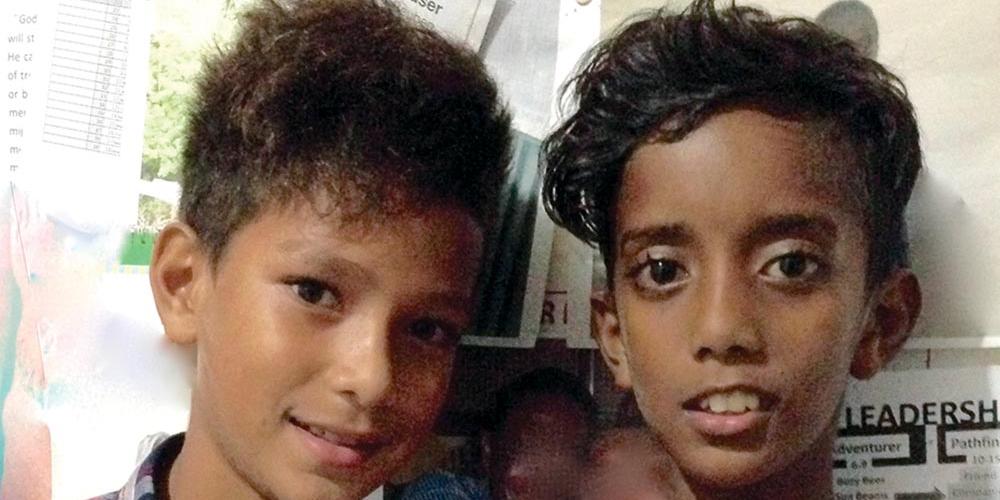 Dyan continued coming to Sabbath School week after week. He told his younger brother, Ryan, all about it and soon both boys were there each Sabbath.

Dyan went to school with his cousins. The cousins often talked about the wonderful things they were doing at some kind of meeting they called Sabbath School. Each Sabbath they went to Sabbath School at their church, where they sang lots of songs, listened to exciting mission stories, learned Bible stories, and did crafts and other activities planned especially for kids. It all sounded interesting and exciting to Dyan, and one day he decided to visit his cousins’ Sabbath School.

The first time Dyan went to Sabbath School he felt a little bit shy, but he was happy to see his cousins plus a few other friends from school. They were all surprised and happy to see him there, and soon Dyan felt at home. He really enjoyed the songs, stories, and crafts and wanted to come back again the next week. He was also happy that the children had their own place, called a lamb shelter, where they could meet each week without worrying about whether or not it would rain.

Dyan continued coming to Sabbath School week after week. He told his younger brother, Ryan, all about it and soon both boys were there each Sabbath. They both enjoyed it so much and wished that their parents would come and enjoy the experience too. Many parents came to Sabbath School with their children and Dyan and Ryan were determined to invite their parents to come with them.

Their father had been raised as an Adventist but left the church after his parents got a divorce. Now he had an important job working in the office of the prime minister of the Solomon Islands, and he had a lot of important friends. Often he would have a lot of work to do on Sabbath, and although he was happy to have his boys going to church, he didn’t want to join them. He also spent a lot of time with his friends drinking alcohol.

Dyan and Ryan’s mother didn’t grow up going to any church. As the boys told her about Sabbath School each week she became interested in learning more. Finally, she decided that she would go with the boys that week.