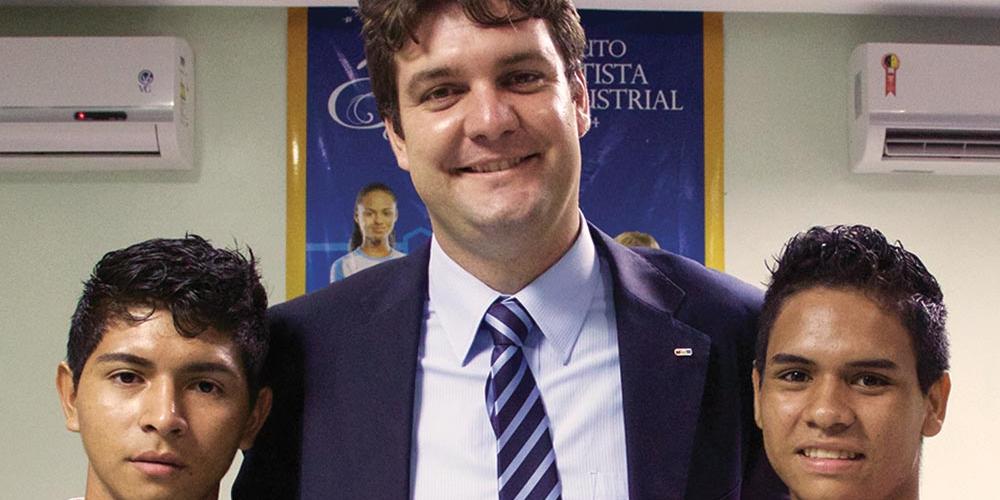 The story thus far: Last week we met Matheus and Adaias who lived in a small village along the Amazon River. They were excited when the Luzeiro XXVI boat came to help the people in their village. The boys wanted to help, too, so they became ADRA volunteers. They became friends with the nurse and the pastor on the Luzeiro, and heard about a wonderful Adventist boarding school called IAAI (pronounced E-I). They really wanted to go to this school, but didn’t know how it would be possible.

I know you don’t have enough money for this,” said the nurse, but we can ask our pastor to help find scholarship money for you. Pastor Herber Kalbermatter told the boys that he would do everything he could to help them.

A few months later, Matheus and Adaias heard the good news that they were accepted by IAAI (pronounced E-I), and that they had been awarded some scholarship money. The boys were so happy—and a little bit nervous too, because they would need to leave their village and go to a place where they had never been.

So, the boys gathered their few things together, said goodbye to their families and started on their way to IAAI. First, they had to travel in a little boat for eight hours up the river just to reach the nearest city. Then they got on a crowded bus and traveled many more hours until they finally reached the school.

After arriving at the school, Matheus and Adaias were taken to their dormitory room, which they would share. For a while, the two boys felt very shy and went everywhere together. Living in their little village on the river was a very closed life, and it wasn’t normal for them to talk with people who weren’t from their village.

But after a while they could see that their teachers really cared about them, and that gave them courage to start making friends with some of the other students at IAAI. One day, Matheus saw another student sitting in the classroom all by himself, so Matheus went over to him and became his friend. Matheus was happy about his new friend, and his new friend helped him to study more! Adaias also made new friends and learned to study more.

The boys liked the music at IAAI and decided to join the school choir. They learned a lot and they were in the choir when the group recorded their very first CD.

Matheus and Adaias have now graduated from IAAI. They are continuing their studies—Matheus is planning to be a pastor and to return to help the people living in the Amazon villages. Adaias plans to become an engineer. Both of them say that when they lived in their little village they didn’t have a dream of what they could become, but now they do. They are so happy that the people on the Luzeiro came to help the people in their village and told them about IAAI, and now they can help others.

Your Thirteenth Sabbath Offering this quarter will help to build a new church for the students at IAAI. Thank you for giving your mission offerings!