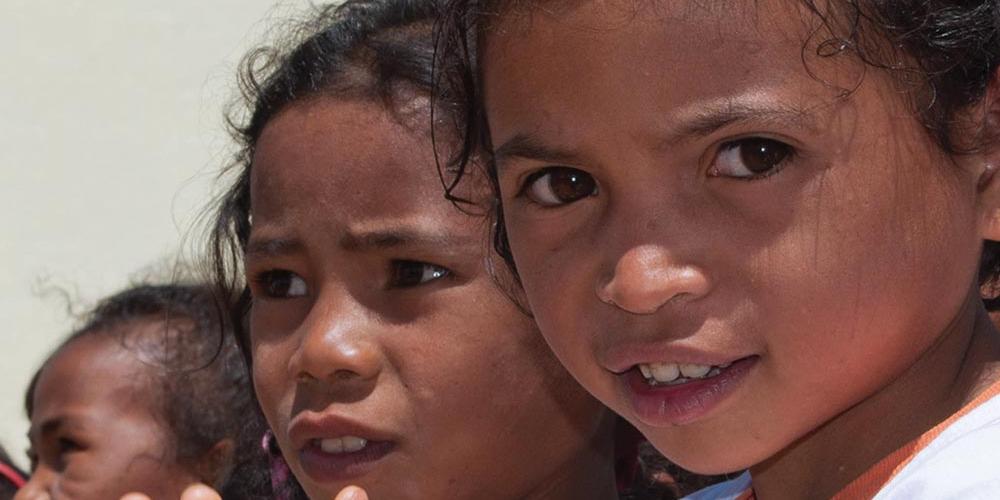 Salohy invited her friend Yvonne to attend some special meetings, but at first Yvonne didn’t want to go because she thought it would be boring. She finally went and enjoyed it so much that she hoped her parents would let her go again.

“I think that will be OK,” said Mother. “I like Salohy. She’s a good girl and I’m happy for you to play with her. You can go to the meeting with her if you want to.”

“Just let your mother know when you leave,” her father added.

“You could come, too,” Salohy suggested. “They have meetings for the grown-ups in one place and the children meet in a different room. I’m sure you’d like the meetings.”

“No,” Mother shook her head. “We don’t want to go to the meetings. But it’s OK if Yvonne goes with you.”

Yvonne did go to the meetings. Each night she got a little sticker that was glued on a card. When it was full she was allowed to take it home.

What are some of the things you think Yvonne learned at the children’s meetings? [Let children respond. Accept any reasonable answers].

Yes, she learned that Jesus loves her very much.

She learned that someday soon Jesus is coming back to take us to heaven.

She learned about the angels too. She learned that each of us has an angel who watches over us day and night.

We Can All Be Missionaries

Salohy invited other children to the meetings. Yvonne began to ask her friends to come too. And those friends asked some more friends. Soon there were lots of children there.

Salohy and Yvonne were real missionaries for Jesus. Can you be a missionary for Jesus? What can you do to tell someone else about Jesus?