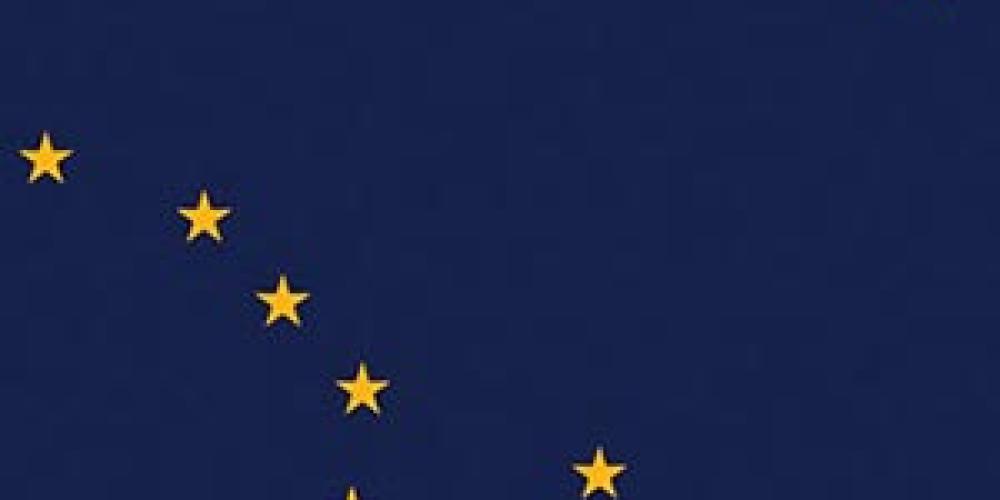 Many of the children who come to Camp Polaris don’t have very happy lives at home.

Many years ago, Mr. and Mrs. Murray and their four children lived in the little town of Humptulips, Washington. Mr. Murray was a fisherman, but during the 1930s, many people did not have jobs because of “The Great Depression.”

One day the Murray family decided to move to Alaska. Mrs. Murray’s brother was there and he said that there was plenty of good fishing in Alaska.

So the Murrays traveled more than 2,500 miles (4,023 km) north, arriving at Dillingham, Alaska. From there, they took a boat up the Wood River, finally arriving on the shores of Lake Aleknagik.

The Moody family found a good place to settle beside the lake, where they built a small log cabin. Mr. Moody and the eldest son took their fishing boat to Bristol Bay to go fishing.

Things were going well for the Moody family until one day, when something very sad happened. As Mr. Moody and his son were coming home, an accident happened and they both drowned.

Every day Mrs. Moody, and her two remaining sons and daughter prayed together. On Sabbath they met with Mrs. Moody’s brother’s family. During the week, Mrs. Moody carried on the family fishing business, with the help of her younger sons, Lloyd, 14, and Roland, 13.

The two boys grew up fast and for many years they couldn’t go to school because they had to work as fishermen.

Going Back to School

Finally, Lloyd and Roland were able to return to school. But now Lloyd was 21 and Roland , 20! Even though they were much older than the other students, they still wanted to finish their education.

Early each morning, Roland built a fire in the wood stove at school. During that time he enjoyed talking with the schoolteacher, Miss Jackie, who was about the same age as Roland. After he finished school, Roland married Miss Jackie.

The new Mr. and Mrs. Moody built their own little home beside Lake Aleknagik. After a while, they built a Seventh-day Adventist school on their property by the lake. They called it “The Mission School.” So many students wanted to come to the mission school that soon the Moodys also built two dormitories for them. Before long the Moodys built the first Seventh-day Adventist Church in Aleknagik, Alaska.

As the school grew, Mr. and Mrs. Moody started a summer camp—a place where kids could come to have fun and also learn more about God. They named the new place “Camp Polaris”—after the guiding light of the North Star.

During the past 60 years, many children have enjoyed Camp Polaris. The parents, grandparents, and even great-grandparents of the children of today went to the camp as children, and many of them still enjoy coming to Camp Polaris on Sabbath when they have a big potluck together every year.

Many of the children who come to Camp Polaris don’t have very happy lives at home. They look forward to their one week of camp all year because they know that they will eat good food, have fun, learn about Jesus, and feel that someone loves and cares about them.

Unfortunately, the camp can only be open one week during the whole summer because it is a very old camp. There are no toilets—only outhouses that have been there since the camp started more than 60 years ago. There are no showers where the campers can wash and get warm after swimming in the very cold lake. And many of the beds have no mattresses to sleep on—just wooden planks.

The good news is that you can help the children of Alaska by bringing your Thirteenth Sabbath offering to Sabbath School. Children and adults from around the world are giving to this special mission offering so that Camp Polaris can have a new bath house with showers and toilets, and mattresses for all of the camp beds. After these improvements, the camp may be able to be open longer so that more children can enjoy coming to Camp Polaris.

Thank you for praying for the children in Alaska and for giving to the Thirteenth Sabbath Mission Offering!