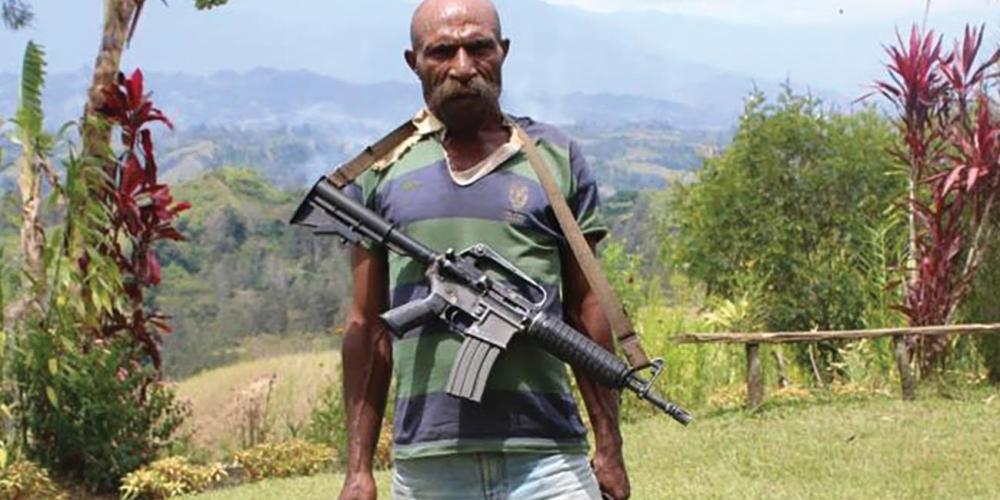 To Sabbath School teachers: This story is for Sabbath, November 19.

eet Jack. He is a member of the Baimankanem tribe in Papua New Guinea.

For as long as Jack can remember, he and his people have lived under a shadow of fear and neglect in Jiwaka Province.

Now there is nothing wrong with the province itself. The centrally located province is a beautiful place to live. Situated in a very fertile valley, it has a long, flowing river that provides for the needs of the people. Its rich soil grows an abundance of crops, mainly coffee and tea.

But life was particularly difficult for the people of Jack’s tribe. The livelihoods of many relatives and friends were torn apart by a seemingly endless cycle of hatred, violence, quarrels over land rights, and other internal conflicts.

Because of the rampant strife, the tribal people did not receive basic government services. No one received healthcare from medical doctors and nurses. Tribal children did not go to school. No police officers enforced law and order in the area. Roads were not maintained and fell into terrible disrepair.

Living in such conditions became normal for Jack and his people. They lived under a long shadow of fear and neglect.

Jack was surprised at the results. He says, “I praise the local Seventh-day Adventist Church for a successful program of one-week evangelistic meetings, Sabbath baptisms, and a colorful peace ceremony that moved the hearts of many, especially the mothers and sisters, who wept tears of joy as they stood alongside their brothers, husbands, and sons. The peace ceremony that will go down in the history of my people.”

Jack appealed to his people to, like the apostle Paul, put aside the past and look ahead with hope. He said, “I’d like to conclude with an appeal to my people: Let us all embrace the change and together build and restore peace and normalcy in our community. Like Paul, I am the worst of sinners, but God is changing me, and I am now looking forward to going in the direction He leads.”

Jack could say with Paul, “Although I was formerly a blasphemer, a persecutor, and an insolent man; but I obtained mercy because I did it ignorantly in unbelief. And the grace of our Lord was exceedingly abundant, with faith and love which are in Christ Jesus. This is a faithful saying and worthy of all acceptance, that Christ Jesus came into the world to save sinners, of whom I am chief. However, for this reason I obtained mercy, that in me first Jesus Christ might show all longsuffering, as a pattern to those who are going to believe on Him for everlasting life. Now to the King eternal, immortal, invisible, to God who alone is wise, be honor and glory forever and ever. Amen” (1 Timothy 1:13-17, NKJV).

Your Thirteenth Sabbath Offering this quarter that will help bring Hope Channel television and Hope FM Radio to Papua New Guinea, allowing people across the country to learn about Jesus’ ministry of reconciliation, hope, and peace. Thank you for planning a generous offering.