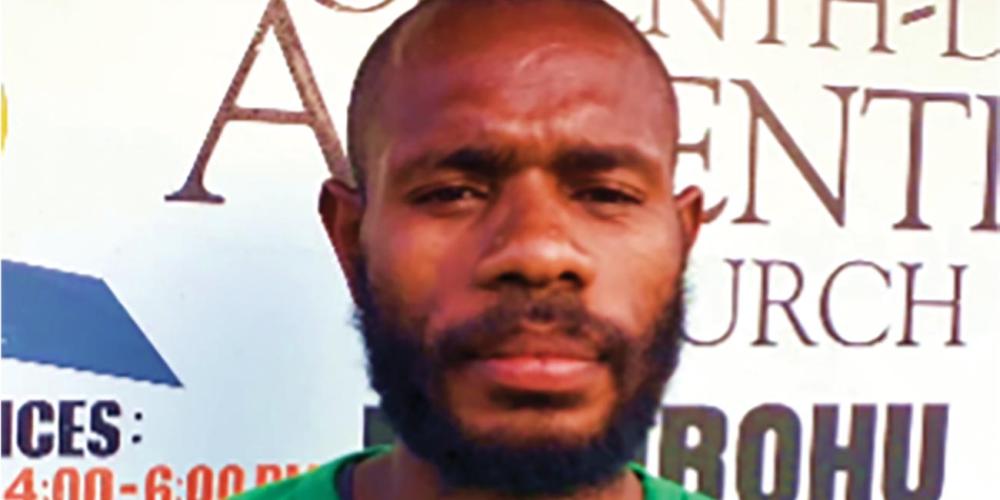 To Sabbath School teachers: This story is for Sabbath, November 12.

olomon thought that he knew the Bible rather well. He listened to the preacher read from the Bible at the village church in Papua New Guinea. He believed in the God of heaven as represented by the Bible. But he hadn’t really studied the Bible for himself.

One day, a Seventh-day Adventist missionary showed up in the mountainous village and presented Solomon with a white book titled World Changers Bible.

“I’ve come to share the Word of God in your village,” the missionary said.

Solomon was pleased to own a Bible. The name intrigued him: World Changers Bible. He wondered what it meant to be a world changer. He examined the Bible closely. It was the New Living Translation. He saw that the words were easy to read. This also pleased him. He, like many of the other villagers in their 20s, was still in school.

The missionary saw Solomon’s interest and invited him to join a Bible study group.

At the first gathering, the missionary invited Solomon and the others to open their Bibles to Mark 1. Before they read, the missionary prayed. “Dear God, please guide us. Thank You,” he said.

After the prayer, he asked Solomon to read from the first chapter of Mark. Solomon read about John the Baptist, a preacher clothed in camel’s hair who ate wild honey and baptized Jesus in the Jordan River. When he finished reading the story, the missionary asked another person to read the story again. After that, the missionary asked someone else to retell the story without looking at the Bible. Then the missionary said they were going to discuss it. “What did you hear that was new to you?” he asked.

After discussing what was new to them, Solomon and the others were asked what had surprised them about the story and if there was anything that they had not understood. Then the missionary asked if the story offered any information that they could obey or apply to their lives. Someone said it seemed important to get baptized. Jesus had gotten baptized in the story.

As the Bible study wrapped up, the missionary asked, “What will you share from this story with someone this week?” Then he prayed, “Dear God, thank You for Your Word. Help us to follow You. Amen.”

Solomon liked the Bible study. He felt like he had caught a new glimpse of Jesus.

Over the year, Solomon’s love for Jesus grew as he attended the Bible studies. Each Bible study followed a similar format. The group began with a short prayer. Then two people read the same story from the Bible, and a third person retold the story in his or her own words. Then the missionary asked if they had learned something new, been surprised by anything, or were struggling to understand something. He asked what they could obey or apply from the story and challenged them to share the story during the week. Finally, he or someone else prayed.

After a year of Bible studies, Solomon decided that he wanted to become a world changer. He followed Jesus’ example in Mark 1 and got baptized.

Today, Solomon is a 26-year-old tenth grader who is leading a group of young people in constructing a new Adventist church in his village. He also is a missionary, using his World Changers Bible to give Bible studies to family members and other villagers.

“Now that I am an Adventist, it is my great desire to see more of my family join God’s church,” he says.

Thank you for your mission offering that helps spread the gospel in Papua New Guinea and across the South Pacific Division.