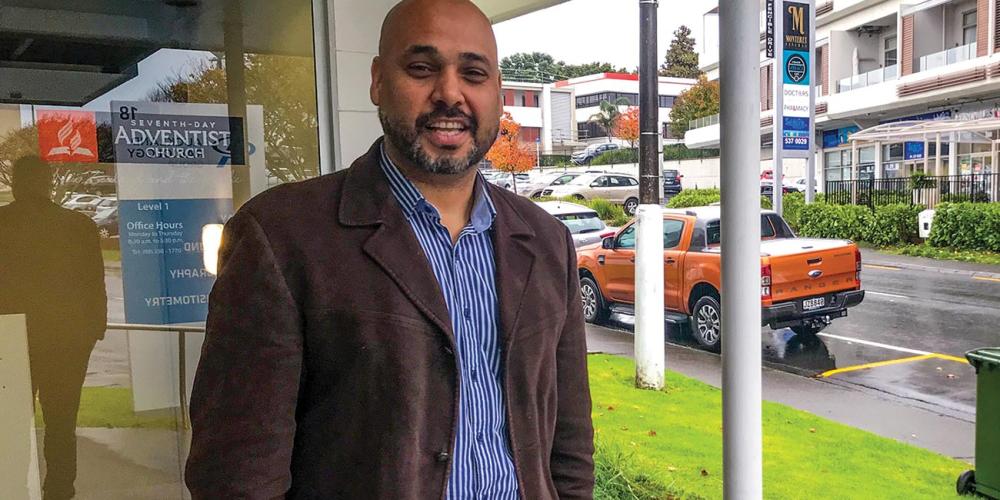 To Sabbath School teachers: This story is for Sabbath, October 15.

hree ingredients are credited with turning New Zealand evangelistic meetings into a spiritual powerhouse that is still yielding results. The ingredients are prayer, Total Member Involvement, and Hope Channel.

Church members gathered at 6 a.m. weekly for five months to pray for an outpouring of the Holy Spirit on the meetings.

Members also took ownership of the 4 ½-week meetings, organizing them and inviting relatives and friends.

But the surprise ingredient was television ministry, propelled by Hope Channel, a recipient of a Thirteenth Sabbath Offering in 2016.

“Church members engaged families and friends, but a big component was a lot of people were engaged through Hope Channel,” says Clifton Glasgow, who helped coordinate the meetings at 15 sites across New Zealand’s largest city, Auckland.

About 200 people were baptized through the meetings. Here are four stories.

Tracey, a single mother of five, was struggling with substance abuse when her mother, who had visited an Adventist church several years earlier, suggested that she watch Hope Channel.

As Tracey watched programs that uplifted Jesus, the Spirit started to speak to her heart. It wasn’t long before she and her mother went to church.

Tracey, who is in her 30s, took Bible studies and quit illegal drugs during the evangelistic meetings. Now baptized, she is studying to become a high school teacher.

“She is so positive,” Clifton says. “You can just see the joy of the Lord in her when she talks about God. It’s like He’s just there.”

Owen, a retiree and community leader on Auckland’s Waiheke Island, and his wife, Tina, became convinced about the Advent message after watching Hope Channel and another television channel run by local Adventists. They burned the television content onto DVDs and distributed them around the island. They also prayed for a church and looked at properties, wondering how the Lord would provide a building.

When church leaders began planning evangelistic meetings for Auckland, Owen eagerly volunteered to find a community hall for local meetings and to take care of other logistics. Evening turnout reached 30 people, most of whom were not Adventists. Then Owen and Tina were baptized, becoming the first members of a Waiheke church plant that meets in a building provided by another church.

The island church is one of two churches planted through the evangelistic meetings.

Heath, a martial arts expert who once trained elite army troops, began to watch Hope Channel with his wife, Simone. He had heard about Hope Channel from an Adventist coworker at the construction company where they worked.

Heath and Simone were convicted by the programs on Hope Channel, and a desire grew in their hearts to have a relationship with Jesus. The couple began to go to Sabbath worship services and then attended the evangelistic meetings. They were baptized at the meetings.

An elderly couple, Don and Audrey, stumbled across Hope Channel while flipping through television channels. They were amazed by how closely the Adventist Church sought to follow Bible teachings. In their church, there had been deviations away from Bible principles. They decided to try out the Adventist Church.

Don, who is about 80, actively encourages people to watch Hope Channel by handing out leaflets at hospitals and other places.

“Hope Channel has become an integral part in witnessing,” Clifton says. “It provides a wonderful platform to share the wonderful message of Jesus to a world in need of hope.”⎭