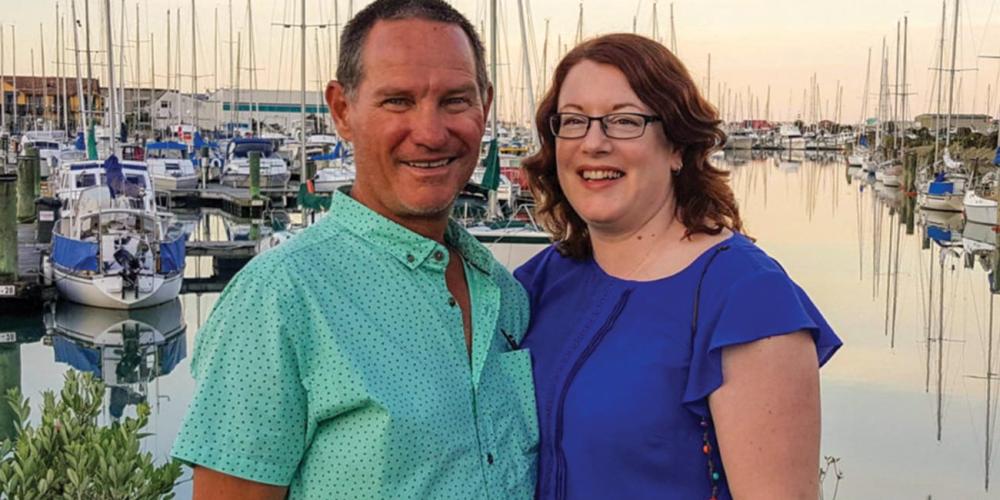 To Sabbath School teachers: This story is for Sabbath, October 8.

raeme unexpectedly became something of a star on Hope Channel in New Zealand.

When he arrived at a meeting of Alcoholics Anonymous, he was instantly recognized by a stranger whom he had never seen before.

“I saw you on TV last night!” the woman blurted out.

All 26 people in the group stared at Graeme curiously.

He had been invited to the meeting to share his life story, but he had arrived with no idea about how to start. The woman’s comment about seeing him on television gave him an idea. He told the group how it was that he had appeared on television in the first place. The reason, he said, was because he was a recovering alcoholic saved by Christ’s grace. At that moment, the 26 people in the room learned about Hope Channel television, which is broadcast to every home in New Zealand.

When Graeme tells his story, he explains how a history of workaholism led him into a 10-year alcohol addiction that eventually destroyed his marriage. But then he found the saving grace of Jesus and, with divine help, stopped drinking. He remarried and introduced his new wife, Nicqui, to the Seventh-day Adventist Church. Nicqui now serves as a leader in a local Adventist congregation.

Graeme has a heart for people struggling with alcohol addiction at Alcoholics Anonymous.

“Although I haven’t had the desire to drink for many years, I have the desire to pass on the message of hope and recovery to other people,” he says.

Graeme combines a passion for Alcoholics Anonymous with his love for God. “I try to take what I learn in my Christian life into my AA life, and from my AA life into my Christian life,” he said. “I’m actually really blessed because we’ve got a church home group that is really important to both Nicqui and me, where I can share things I’ve learned from AA.”

When he shares his story at meetings of Alcoholics Anonymous, participants quickly learn that he is a Christian. This surprises many, especially those who are atheist or agnostic, or like to cuss and swear.

“Are you religious?” they often ask.

“Which church do you attend?”

Often people are not familiar with the Adventist Church and its observance of the seventh-day Sabbath. So, Graeme explains the importance of the seventh day — and he emphasizes that he is a Christian every day.

“While our services are held on Saturday, I’m a seven-day Christian,” he says.

Two medical doctors who attend Graeme’s church occasionally refer people struggling with alcohol addiction to him. He, in turn, introduces them to Alcoholics Anonymous.

Graeme not only shares his story but also listens to other people’s stories. He takes people out on his boat and shares meals with them as he talks and listens. He loves his outreach work. When he comes home, he loves to tell his wife, “You just wouldn’t believe what God has done today!”