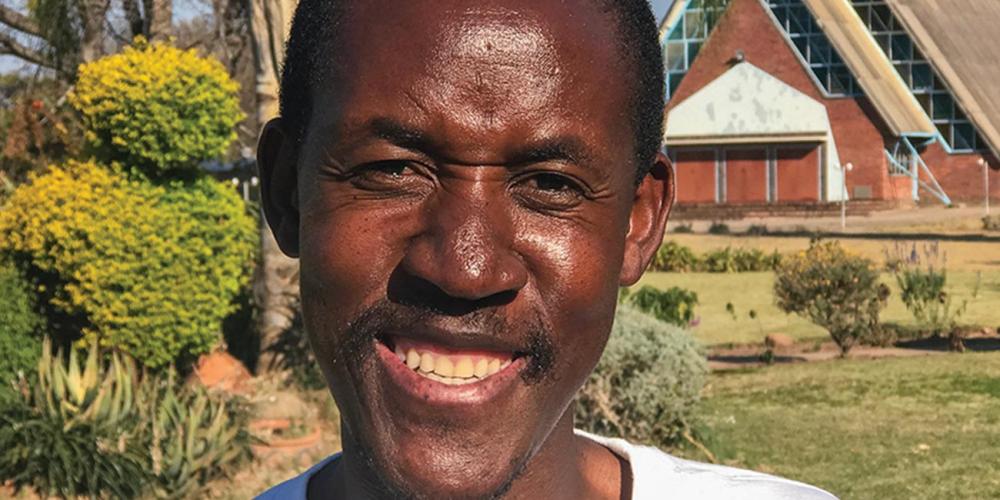 To Sabbath School teachers: This story is for Sabbath, April 9.

shouldn’t be alive after a road tragedy just two days before Christmas in Zimbabwe.

On December 23, my wife, Fortunate, and I left the capital, Harare, to spend Christmas with our children at their grandparents’ house in another town. As we drove, we saw many people standing along the road, arms raised in hope of flagging down a ride. With the pre-Christmas rush, the buses were full, and people were anxious to find a way home for the holidays.

We recognized a woman beside the road and stopped to give her a lift. As she got into the car, a man and a woman begged us to take them, too. We didn’t know them, but we saw their worried faces and agreed. The three passengers got into the back of the car, and the five of us hit the road.

The next thing I knew, my seatbelt seemed very, very tight. I couldn’t move. Everything was dark. I heard some sounds, faint voices from a distance. I realized that something terrible had happened. I felt the car being shaken. The next thing I heard was the wail of the siren of an ambulance or a police car. Moments later, I felt myself being lifted out of the car and carried to an ambulance. A nurse asked me whom she should call.

“What happened?” I asked.

“An accident,” she said.

I gave her the names of two people to call — a pastor and a church elder.

At the hospital, the pastor wasted no words. “We’re going to take you to the hospital back in Harare,” he said.

He asked the nurse about Fortunate, and we learned that a pickup truck driving behind us had taken her and two of our passengers to another hospital. She was suffering serious internal bleeding. The pastor asked that she be brought to my hospital.

Two ambulances were summoned, and Fortunate and I were whisked off to Harare. The last thing I remembered was being carried out of the hospital.

Over the next two days, on December 24 and 25, Fortunate and I each underwent three operations. My wife had a life-threatening injury caused by her seatbelt rupturing her small intestine. Doctors removed 16 inches (40 centimeters) of her small intestine. Her left palm and left foot also were badly injured, and doctors inserted metal pins.

With me, doctors inserted metal plates in my left forearm and metal pins in my right leg. The most serious surgery was my dislocated spine. The doctor had to operate through the front of my neck to insert an implant on my fourth and fifth cervical vertebra. He later showed me an X-ray of my vertebra. “You could take this to any doctor in the world and he will tell you what I am telling you right now: You are a dead man,” he said. “This X-ray tells us that you are dead or paralyzed from the shoulders down.”

About two weeks later, Fortunate and I were released to go home for intensive physical therapy. We spent the next six weeks relearning how to walk.

Our female friend in the backseat died on the spot, while the two strangers whom we had offered a ride died of their injuries the next day. The vehicle that hit us had three occupants. Two of them, the drunk driver and an elderly woman seated beside him in the front, had died instantly. The man in the back was taken to the hospital, and we don’t know to this day whether he survived.

The news left Fortunate and me shocked. God had spared our lives in an incredible way.

The miracles didn’t stop there.

Four months later, in April, I was able to start pastoral classes at Solusi University as I had previously planned.

Part of a 2015 Thirteenth Sabbath Offering went to Solusi University to double the size of its crowded cafeteria from 500 seats to 1,000. Thank you for your mission offerings that allow Adventist schools like Solusi to prepare pastors to proclaim Jesus’ power and soon return.

Read more about Alfred next week.