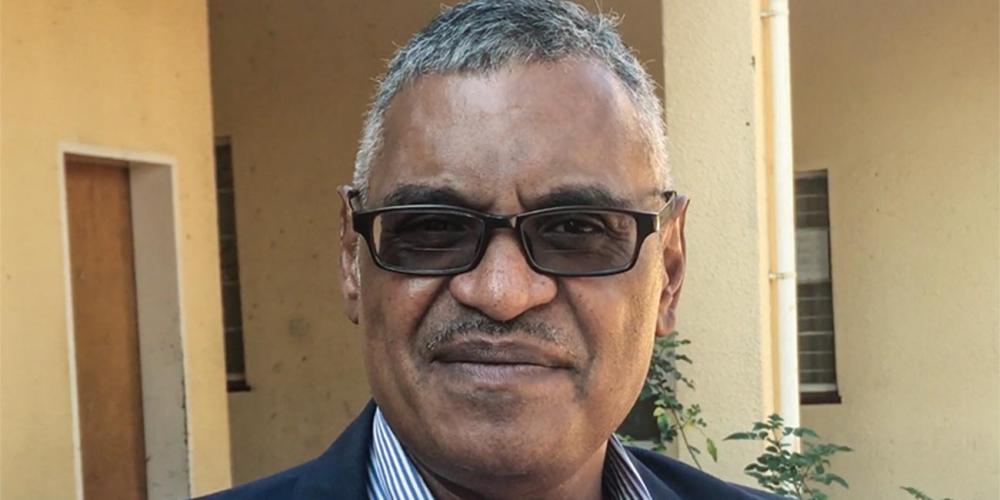 To Sabbath School teachers: This story is for Sabbath, April 2.

oing to Solusi College was a big cultural shock. I was the first biracial student on campus in the late 1970s. I also had a huge afro, rock and roll music in my tape player, and an attitude to match.

But the Seventh-day Adventist Church saw something in me and offered me a scholarship at Solusi, located deep in the bush in present-day Zimbabwe. My plan was to stay for a year and then transfer to Helderberg College in South Africa. But after the first year, I decided to stay.

I was an average student in my theology classes. My hardest subject was Greek, and I must admit that the highest grade that I ever got was a “C.” Many semesters I received a “C minus” or a “D.” I just couldn’t grasp the subject. Up until my last semester, I battled with the Greek professor, Leo Raunio, a kind missionary who also was stern about grades.

Mr. Raunio befriended me when I first arrived in 1978. He taught me how to play chess, and we spent hours playing the game in his home. Born in Finland, he had served as a missionary to the Native Americans in the United States and taught university students in South Africa before moving to Solusi at an age when others would retire. He shared many mission experiences with me, and I was impressed that he chose to finish his career at Solusi.

When I wrote my final Greek exam, I knew that I had failed. As I handed it to Mr. Raunio, I looked him in the eye and said, “Doc, I failed again.”

For the next week, I was stressed and disappointed because I knew that I wouldn’t graduate without passing Greek. I was looking forward to graduation because, among other things, I planned to get married. The idea of spending six months repeating Greek was unthinkable.

A week after the exam, Mr. Raunio called me into his office. “I’ve been watching you for four years,” he said. “I’ve seen you change from a radical fellow to a hardworking young man who loves the Lord. I noticed that even the music on your tape recorder has changed from rock and roll music to Christian music. I’ve seen a change in your life, one that has drawn you closer to Christ.”

I was surprised. No one else seemed to have noticed those changes.

“You have done well in your other subjects and passed,” Mr. Raunio said. “I know how much graduation means to you. I know you have done all you could to pass your Greek exam but failed.

“Still, I want to give you grace,” he said. “I know the Lord has a plan for you in the work that you are going to do. By grace, I’m going to give you a passing grade so you can graduate.” Then he prayed that God’s hand would guide my future.

When I returned to the dormitory, I fell down on my knees and thanked the Lord. I found my fiancée and told her, “By the grace of God, I’m graduating!”

I am deeply indebted to Mr. Raunio. He looked beyond the present and saw my possible future. He saw my potential.

The Lord helped me to work for 18 years as youth ministries director for the Adventist Church in Zimbabwe. After that, I served as youth director at the Southern Africa-Indian Ocean Division and have held other leadership positions. I also received a doctorate in leadership.

I thank the Lord for helping me understand what grace is and what it means to someone who needs it but doesn’t deserve it. Mr. Raunio’s example has taught me to exercise grace to others even when they don’t deserve it.

Even in our lowest state of sin, God sees our potential. He isn’t going to fail us because of our present condition. He sees what we can accomplish. We also need to look beyond the present with God-like eyes and see the potential in others.

Part of a 2015 Thirteenth Sabbath Offering went to Solusi University to double the size of its crowded cafeteria from 500 seats to 1,000. Thank you for your mission offerings that allow Adventist schools like Solusi to prepare people to proclaim Jesus’ soon return around the world.