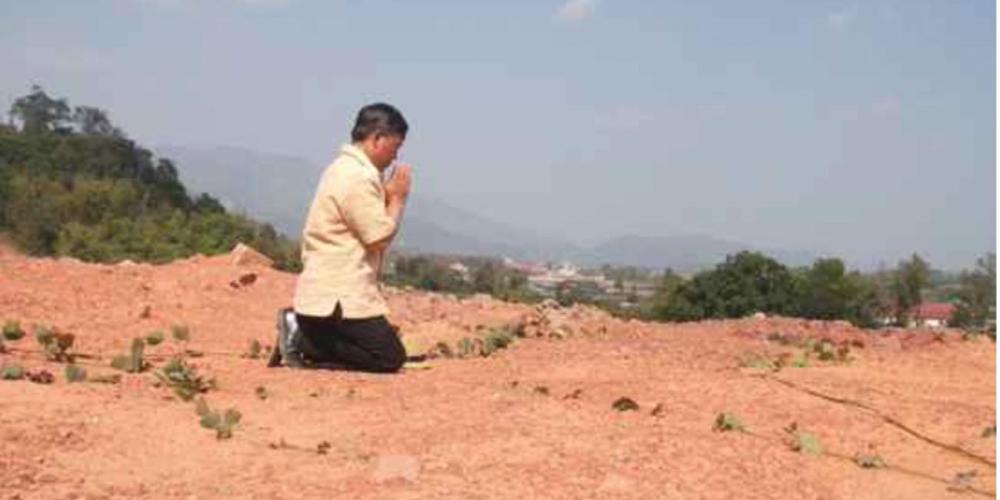 To Sabbath School teachers: This story is for Sabbath, March 5.

adua didn’t want to move to northern Laos. The pastor offered many excuses when church leaders asked him to share the gospel in Oudomxay, one of Laos’ last provinces without a Seventh-day Adventist presence. But finally, he and his wife accepted the call, and they moved into their rented house in mid-winter.

It was not a typical winter. The local temperature dropped below freezing for the first time in recorded history. Animals and plants died.

The rented house was empty, with no bed, refrigerator, or blankets. Only a roof, walls, and floor offered protection from the winter chill. Sympathetic neighbors brought over blankets.

But the weather was the least of Sadua’s worries. It was not easy to begin work in a region where people were opposed to the gospel. For the first time, he and his wife had to worship without fellow church members. They felt lonely, and the loneliness turned into frustration. They did not know how to share the gospel. Before long, the authorities opened an investigation into their arrival. Frustration turned into fear.

“Start a prayer walk and ask the Lord to show you what to do,” the leader said.

Soon he began to visit villagers on Sabbath afternoons. During those visits, he learned about a woman who was demon possessed and went to take a look. Sure enough, the woman was chained to a post in her own house. The mother of five had been bound to the post for two months, naked and with an unsound mind. She lived like a dog. Sadua learned that she had become demon possessed shortly after the death of her husband.

He asked the village elders for permission to pray for the widow. They agreed. They had tried to cure her with all kinds of treatments, but nothing had helped. Sadua laid his hand on her head and prayed. He returned the next day, and the next, to pray. A week passed, and the woman began to eat and drink normally and hold short conversations.

One day, she gave her heart to Jesus, and the demons left her.

Finally, the village chief unchained her, and she was given clothes to wear. But family members were afraid that the demons would return. The widow, together with her five children, moved into Sadua’s home until relatives deemed her safe to return home.

After Bible studies, the widow and her two oldest children, who were teenagers, were baptized into the Lord. The family was among the first Adventists in the province.

News about what Jesus had done for the widow of Oudomxay spread far and wide. Many villagers came to Sadua for help and healing. Many embraced the gospel message and accepted Jesus as their personal Savior.

Today, the widow of Oudomxay is making a living by helping neighbors plant rice in exchange for some rice for her own family. She has no land to cultivate, no stable job, and five children to feed.

Please pray for the widow and her children. Pray for the precious people of Laos.

Part of this quarter’s Thirteenth Sabbath Offering will help open a school in Laos. Thank you for your Sabbath School mission offerings that help spread the gospel around the world.