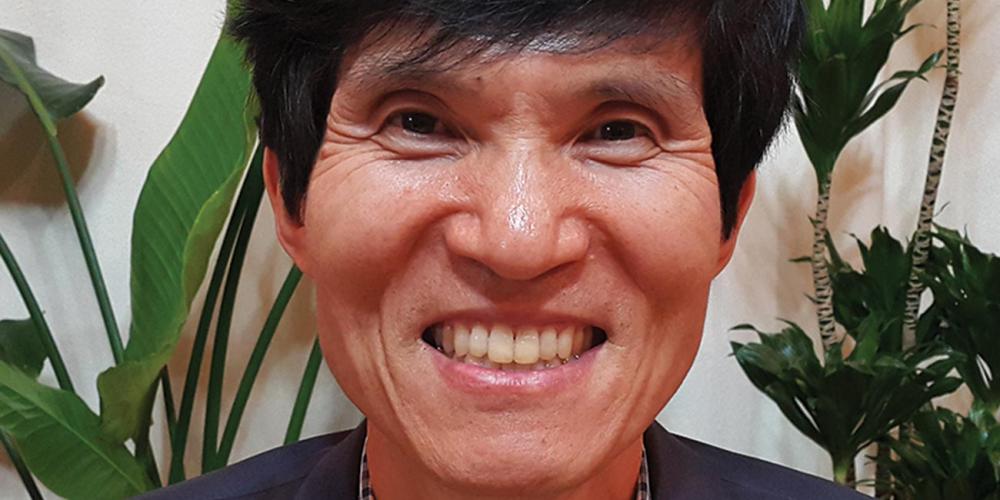 To Sabbath School teachers: This story is for Sabbath, November 20.

While praying, the owner of a prosperous accounting practice in South Korea felt impressed to plant a Seventh-day Adventist church. Church leaders gave him a former church building not far from his home, and 40 people were baptized in the first year.

As he kept praying, the number of baptisms grew to 98 in 2 ½ years.

Kiyong decided to pray for 100 baptisms.

When he opened his eyes, he suddenly remembered a woman whom he had not seen in three years. He asked around and learned that the woman had opened a children’s art school. He bought a bouquet of colorful flowers and presented them to her at the school.

As the two spoke, Kiyong described his church plant. He spoke about how 98 people had given their hearts to Jesus.

“Great!” Kiyong said. “But you need Bible studies first. I’ll come to your home at 7:30 tomorrow evening to teach you the Bible.”

He paused and added, “Make sure your husband is there!”

Kiyong mentioned her husband because he needed two people to reach 100 baptisms.

After he left the art school, the woman called her husband on the phone.

“Kiyong will come to our house tomorrow to teach us the Bible,” she announced.

Her husband, like Kiyong, was a successful business owner. But he was not a Christian. Instead, he worshipped in shrines to ancestors and gods. Recently, he had decided to improve his English to further prosper his business, and he had purchased a stack of English-language books to help with his studies. One of the books was a Bible.

But the Bible was confusing. The man was reading the Bible in his office but was struggling to understand it. He understood the English words, but he could not understand what they meant. Finally, in desperation, he decided to pray to the God of the Bible.

“If You are the real God, then send me someone to teach me to understand the Bible,” he said out loud.

At that moment, his phone rang. It was his wife.

“Kiyong will come to our house tomorrow to teach us the Bible,” she said.

He was stunned. He sat without moving for a long moment. He felt like a lightning bolt shot through his body — from his head, down his spine, and to the soles of his feet.

The next day, Kiyong arrived at the couple’s house and was surprised to find them eagerly waiting to receive Bible studies. Their two adult children were with them, also wanting to learn about the God who had answered their father’s prayer so quickly.

The family studied the Bible with Kiyong and embraced everything that they learned. They gave their hearts to Jesus. In answer to Kiyong’s prayer, God did not give 100 baptisms. He gave 102.

Part of this quarter’s Thirteen Sabbath Offering will help spread the gospel in South Korea through two projects: a care center for immigrant children in the city of Ansan and a mission outreach center in the city of Daegu. Thank you for planning a generous offering.