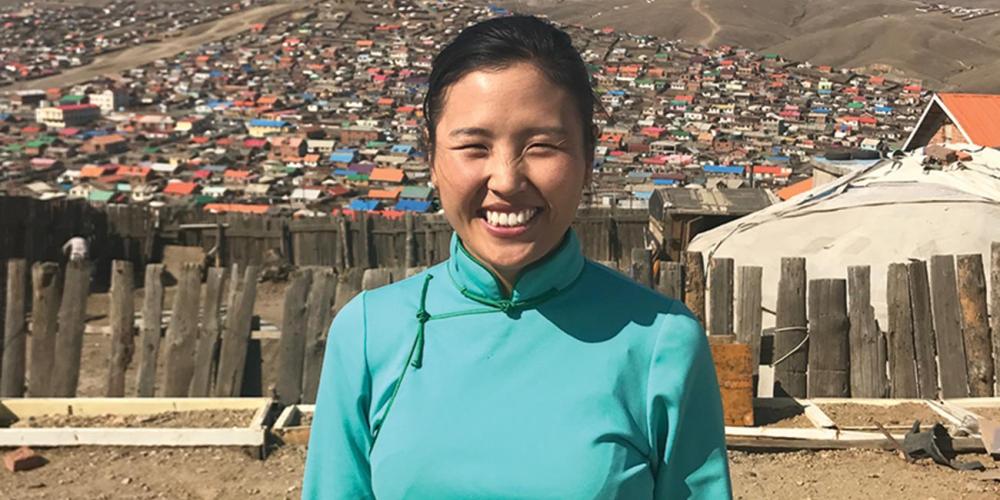 To Sabbath School teachers: This story is for Sabbath, October 9.

hat’s the most important year of high school?

In Mongolia, the most important year is the last year. That is the year that students not only graduate but also take special exams to determine whether they can go to a university.

The last year of high school was extra special for Boonoo because she got baptized. Two missionaries came to her small town and taught a class at her high school on how to stop smoking. Boonoo didn’t smoke, but she attended the classes anyway because she had nothing more interesting to do. She liked the missionaries, and she happily accepted an invitation to study the Bible in their home. Soon she fell in love with Jesus and was baptized.

After baptism, Boonoo got serious about preparing for her university entrance exam. If she got a high score, she could choose which university to attend.

Many classmates hired private tutors to help prepare for the exam. Students who wanted to major in history studied for a history exam. Students who wanted to major in nursing studied for a medical exam. Boonoo loved math, but she didn’t have money to hire a tutor for the math exam. So, she prayed for help. “Dear God, I’ll teach myself, and I’ll prepare by solving five math problems every day,” she prayed. “Just help me, please.”

Finally, exam day came. All high school graduates from across the province gathered in the town’s main school. Nearly 600 students joined Boonoo for the math exam. Whoever got the highest test score would be allowed to choose a university first. Boonoo prayed, “God, be with me.”

Then the exam started. The teacher locked the door and told the students that they couldn’t leave until after they had finished and their exams had been graded. After students finished the exam, they waited. And waited. Some parents passed food in through the window.

Finally, the teacher reappeared and announced that the test results would only be released the next day. He allowed everyone to go home for the night.

When Boonoo woke up in the morning, she saw that it had rained. Everything was clean, and the sun was shining. In her heart, she heard the words of a song that Mongolian Adventists love to sing, “Your love is higher than the sky. Your love is wider than the sea.” Boonoo wasn’t worried about the exam. She praised God.

At school, she saw students clustered around a bulletin board with a list of the test scores. She could not get close enough to see, so she asked a boy for help.

Her heart sank when the boy said, “No.”

But when she got closer, she saw that her name was in fifth place. She couldn’t believe it! Later, the teacher handed back the graded exams, and Boonoo noticed that she had missed only one of the 40 math equations. Then she looked closer and realized that the teacher had made a mistake. She had given the correct answer. She pointed out the mistake to the teacher, but he refused to change her grade. He said that if he changed it, then he would have to double check all the tests.

Boonoo was upset. She wanted a perfect score. Then she remembered that she had prayed and God had helped her. The final grade was in His hands.

Then it came time for the students to choose their universities. The student who had the top score selected a university. Then the next student chose. Finally, it was Boonoo’s turn. No one had yet picked the National University of Mongolia, so she got to choose it.

“This was God’s will,” said Boonoo. “God knew I didn’t have to get a perfect grade to enroll in the university. I just needed to trust in Him perfectly.”

Today, Boonoo is 29 and uses her math skills to work as ADRA’s chief accountant in Mongolia. She and her husband also opened the only Pathfinder church in Mongolia. The church meets in their home, a traditional Mongolian yurt.