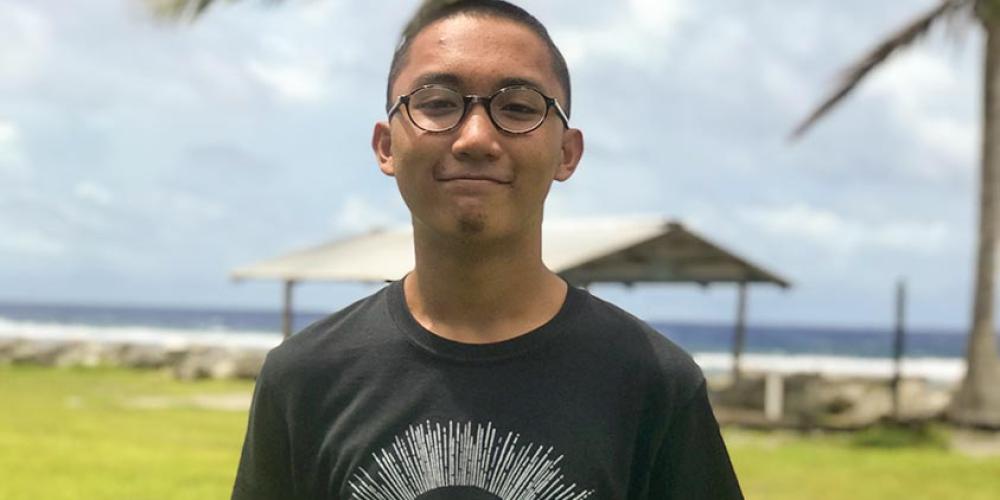 To Sabbath School teachers: This story is for Sabbath, August 14.

15-year-old missionary kid in the Marshall Islands formed an unlikely friendship by mail with a 77-year-old retired missionary in the faraway U.S. state of Texas.

The friendship started when the retired missionary, Grandpa Bob, learned about the missionary kid’s family through mission stories in the Mission quarterly. The boy’s father was the school principal and his mother taught at the Seventh-day Adventist mission school on the remote island of Ebeye, and Grandpa Bob wanted to do something special to support the family. He already contributed to the Sabbath School mission offering every week, and he gave something extra when a Thirteenth Sabbath Offering was collected to help the school in 2018. But he wanted to do more. So he decided to send monthly care packages containing toys, food, and school supplies for the family and other missionaries on the island.

Raijan was 13 years old when the first packages arrived, and he and his family knelt and thanked God before opening each one. But before he could play with a new toy or taste a treat, Father said he had to write a thank-you letter to Grandpa Bob. That is how the unlikely friendship by mail began. Grandpa Bob sent packages, and Raijan replied with handwritten letters.

For three years, Raijan received many packages and sent many letters. He wrote about his joy in receiving the packages. He described his struggles at school. He expressed fear of death when a schoolmate died unexpectedly and basketball star Kobe Bryant died in a helicopter accident on the same week.

Soon after sending the letter about death, he received a reply from Grandpa Bob. It was the first and only time that Grandpa Bob sent him a personal letter.

Three weeks after that, Grandpa Bob was in the hospital and, a short time later, he returned home on hospice. During his two weeks on hospice, Grandpa Bob prepared eight more packages for Raijan and his family. His son mailed the last packages after Grandpa Bob died.

The death of Grandpa Bob dismayed Raijan, but he continued writing letters. He sent the following letter to Grandpa Bob’s son in response to a package:

Condolences. The day we heard about Grandpa Bob’s death, I was shocked, even though I knew that he had a few days left to live. I had hoped otherwise. Early February this year I wrote to him about how death can come so easily to us humans and about the recent deaths of a fellow teen and the famous basketball star Kobe Bryant. A week later, he replied with a letter saying that though it is sad when someone dies, we should not fear death because our God has overcome it. He said we should live our life as if we were to die tomorrow while also expecting to live another 100 years. Grandpa Bob encouraged me to move on with my life or else I would miss the new opportunities tomorrow may bring, while also using each day as a fresh opportunity to witness to people about God and potentially win their lives for Him. I am very thankful for his encouragement and comfort because now I am less grieved than I would have been if not for his letter. Though I may not have known him personally, I have been influenced and encouraged by him to be a more kind, friendly, and loving person. And though I will never get to know him personally in this world, I firmly believe that I will see him when we all get to heaven someday. I may not know how much grief you may be feeling, but I know that God understands whatever circumstances we go through and that we can find comfort in God.

Thank you for your weekly mission offerings that help support the work of missionaries in the Marshall Islands and elsewhere around the world. Thank you for considering doing a little extra to further God’s end-time work.