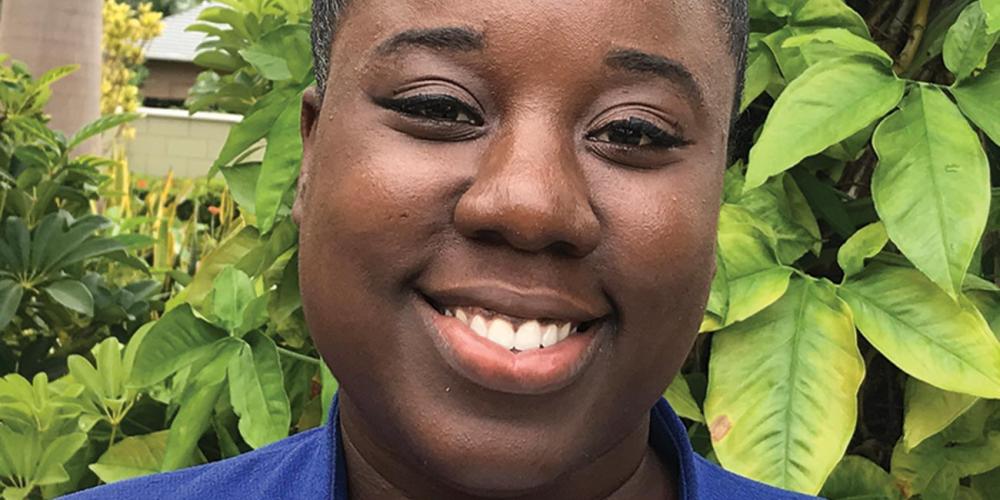 To Sabbath School teachers: This story is for Sabbath, April 10.

hirty-one-year-old Chenelle heard the loud rat-tat-tat of semi-automatic gunfire during a teacher-training session in Trinidad and Tobago’s capital, Port of Spain.

Teachers jumped to their feet and ran to the third-floor window. On the street, a man was fleeing on foot from a white car. The gunfire was coming from the car. A few teachers screamed in fright, and everyone ducked down for safety as the car passed by the school. For two long minutes they waited. Finally the loud rattle of gunfire stopped, and Chenelle heard the scared shrieks of schoolchildren. She wept. This was the second time in seven months that she had heard gunfire.

Teachers went downstairs to comfort the frightened schoolchildren. Chenelle, who was helping direct the training, left the school. Police officers were already outside, asking drivers to move their parked cars. But a police officer forbade her from even approaching her car.

An officer led her to her black vehicle. Bullet holes riddled its windows. Chenelle was shocked. She had bought the car less than two years earlier.

Chenelle later learned that two people, including a small boy, had been grazed by bullets in the attack. No one had been killed. In a stroke of providence, many children had been excused from school that afternoon so the teachers could have their training session. Her car had suffered heavy damage because the man who had been targeted by the gunman had fled on foot from his own car and had hidden behind her car.

That night at home, Chenelle thanked God for His protection.

“Thank you, God, for saving me and all the people who were in close proximity to the gunfire,” she prayed. “Thanks for Your continued protection over my life.”

As she thought about the attack, she remembered a conversation that she had had a day earlier. While waiting for an oil change for her car, she and an attendant had discussed how people take their cars too seriously, even putting them before God. During the conversation, Chenelle told him about hearing semi-automatic gunfire on a highway seven months earlier. The car involved in the shooting had crashed into the left side of her car, badly damaging it. After that accident, Chenelle decided that Christ was more important than her car. “I could lose my car tomorrow, but as long as Christ spares my life, I will keep serving Him,” Chenelle told the attendant.

After the school shooting, several coworkers advised Chenelle to sell her car.

“Sell your car,” said one. “It has demonic energy in it.”

“Yes, get rid of it,” said another. “Something is wrong with that car.”

But Chenelle saw no reason to sell.

She believes that her car is a witness to God’s goodness.

“It’s really about God protecting us as we keep our faith and proclaim His name through difficult times,” she said.

Thank you for your Thirteenth Sabbath Offering three years ago to construct the first-ever church building at the University of the Southern Caribbean in Chenelle’s homeland, Trinidad and Tobago. Thank you for remembering the university with this quarter’s Thirteenth Sabbath Offering, which will help open a Better Living “center of influence” on the campus to train students to be missionaries.