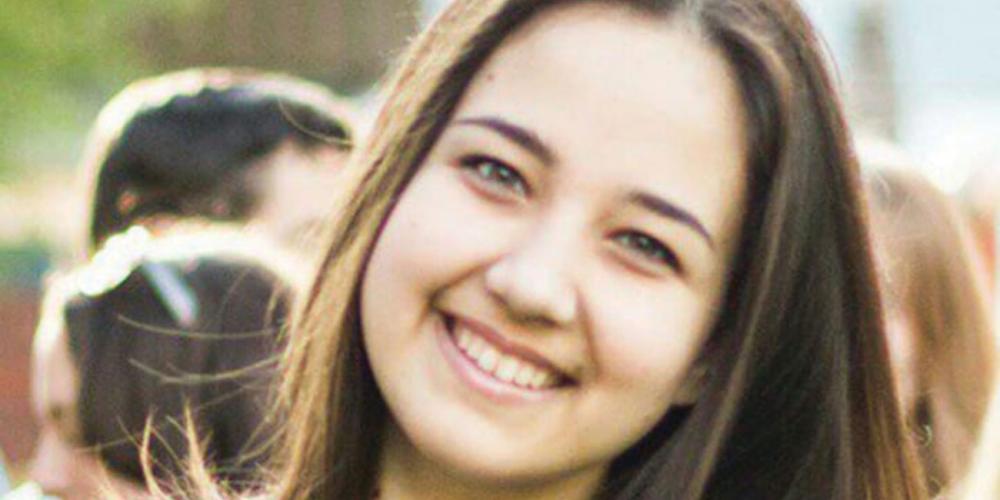 To Sabbath School teachers: This story is for Sabbath, January 2.

lyona wanted to return to Zaoksky Adventist University when the lights went out and the heat stopped working during a cold, winter bus trip.

The other students in her singing group felt the same way. They were tired, and they didn’t know whether the bus could be fixed. The bus with ten people was five hours into a 12-hour trip from Zaoksky, Russia, to Minsk, Belarus.

The students decided to call Alyona’s father back at the university to see whether he could help. Alyona’s father, who knew a lot about fixing cars and buses, told them to wait at the next filling station and he would drive over to take a look.

The students waited four hours for Alyona’s father to arrive. Then they waited another two hours as he fixed the bus. While they waited, they spoke with a tall, muscular man who worked at the filling station. The man was very kind and gave them unlimited cups of free herbal tea to drink as they waited.

Finally, the bus was fixed and ready to go. The students boarded the vehicle, thanked Alyona’s father for his assistance, and resumed the trip to Minsk.

About an hour later, Alyona suddenly felt a strong desire to return to the filling station. She wanted to give the kind worker a memory stick with Ellen White’s “The Great Controversy.” The memory stick was a witnessing tool that she and her friends liked to give strangers.

“We need to return to the gas station,” she announced.

“We should give a memory stick to that man,” she persisted.

“Yes, we should have given him a memory stick,” said a student, Nikita. “But we’re not going to go back.”

The students discussed the dilemma for 10 minutes. They wanted to give the memory stick to the kind worker, but it didn’t seem like a good use of time to turn around. Nikita was the most adamant in insisting that they keep driving to Belarus.

“Why!” everyone exclaimed in unison.

“I forgot my cell phone at the filling station,” he said, hanging his head.

The bus turned around. Everyone onboard was happy. Alyona was especially happy. They wanted to witness to the worker. But then Nikita remembered that he was big and muscular. “Maybe he won’t take the memory stick,” he said. “He obviously isn’t a Christian, and we saw that he was smoking while we waited.”

For the next hour, the students debated whether the worker would accept the gift. As the bus drew near to the filling station, Alyona prayed for the group. “Dear Jesus, please open the worker’s heart so he will accept the memory stick and read the information on it,” she said.

As the bus pulled up to the filling station, the worker stepped out of the building. In his hand was Nikita’s cell phone. He had been waiting.

Alyona went up to the man. She felt shy and small next to him, but she pulled out the memory stick.

“Please take this,” she said. “We are Christians and believe in Jesus. We want to give this gift to you. Maybe it will help you in your life.”

All the students looked at the man. Would he take the memory stick?

The man’s lips spread into a large smile. His face positively beamed.

“Thank you so much!” he said. “I will definitely take a look at the memory stick.”

Alyona doesn’t know whether the man kept his promise, but she isn’t worried. Whether he was convicted to read “The Great Controversy” was the work of the Holy Spirit. The students’ part was only to share the memory stick.

“There is no reason to be afraid about sharing Jesus,” Alyona said. “We underestimate the power of the Holy Spirit. He is very powerful. People also are kinder than we think, and they actually want to know about Jesus.”

This quarter’s Thirteenth Sabbath Offering will help Zaoksky Christian School, where Alyona attended grade school and high school, construct its own school building on the campus of Zaoksky Adventist University. Currently the school borrows classrooms from the university, and your offering will help the children meet in their own classrooms.