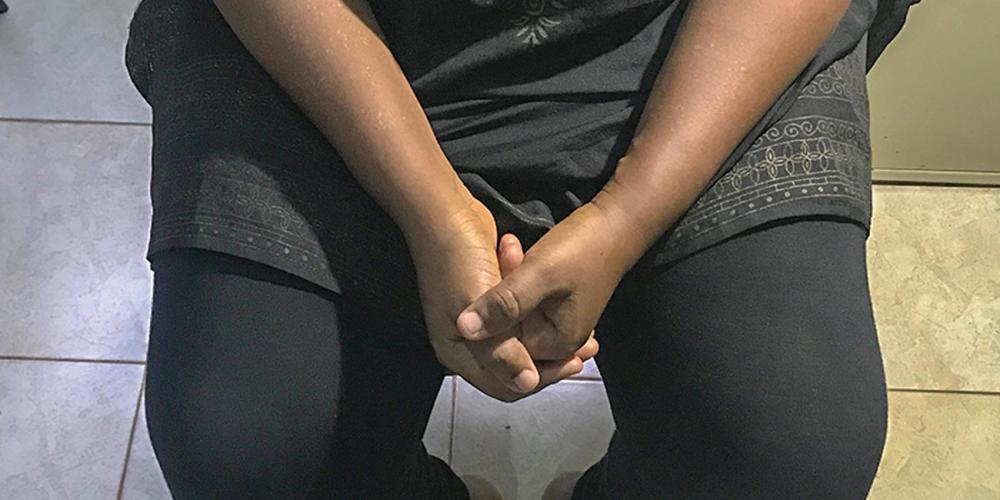 Illiterate but Able to Read

To Sabbath School teachers: This story is for Sabbath, September 12.

Maria wasn’t a Christian, but she kept dreaming about Jesus. She sacrificed a cow in hope that the dreams would end, but she was still disturbed every night for a week.

Then a stranger directed her to the office of Jacob Gbale, president of the Seventh-day Adventist Church in Guinea. He worked just up the street from her luxurious house in Conakry, capital of Guinea.

As Maria described her dreams, Pastor Jacob began to smile.

“Glory be to God!” he exclaimed.

Maria was shocked. She couldn’t understand why he was so happy.

“You don’t need to make any more sacrifices,” Pastor Jacob said, lifting up Bible from his desk. “God is calling you.”

“I think your God has made a mistake,” Maria said. “I have always belonged to my family’s religion.”

Jacob held out the Bible.

“This is your Bible,” he said.

“What would I do with that Bible?” Maria said. “I don’t even know how to read.”

Pastor Jacob asked whether anyone in her family was literate, and she conceded that she had a cousin who could read.

“Take your Bible and go,” he said.

Maria was annoyed with Pastor Jacob, and she left without even saying goodbye. “Who do these people think they are?” she thought as she walked home. “They tell me to read the Bible as if I don’t know God.”

Maria called her satellite television provider. “What is wrong with your channels?” she demanded. “Every channel is Jesus, Jesus, Jesus.”

“Everything is in order,” he said.

A short time later, a man arrived and flipped through the channels. Everything worked normally. Maria was speechless.

In the morning, she asked her cousin to come over. “What is this?” she said, holding out the Bible. “Tell me.”

Her cousin, Hamadou, had studied at a Christian school in Sierra Leone, and he recognized the Bible. “Who gave you that Bible?” he said.

“I received it from a pastor,” Maria said.

“Look, you went to school,” she said. “I want you to help me read this Bible. Teach me how to read.”

“Our Father in heaven, hallowed be Your name,” he read. “Your kingdom come, Your will be done on earth as it is in heaven.”

He read until he reached the end of the Lord’s Prayer. “Are you happy?” he asked.

Maria asked him to underline the verses.

Hamadou laughed. He laughed so hard that he cried.

“You never went to school!” he sputtered. “How can you read?”

Yet he underlined the passage. Then he made Maria repeat it a dozen times so she would remember it.

That evening, Maria picked up the Bible and found the Lord’s Prayer. Even though she had never learned to read, she found that she was able to read it. She turned the page and, to her surprise, realized that she could read other verses as well.

The next day, Maria couldn’t wait to talk to Hamadou.

“You laughed at me yesterday, so let me show you that I can read,” she said.

Maria opened the Bible to a random page and read. Hamadou looked startled and then afraid.

“My cousin, that is human intelligence,” Maria said with a smile. “If you really believe that you are able to do something, you can do it.”

From that moment, Maria read the Bible every day. She later realized that it was Jesus who had given her the ability to read the Bible, and she gave her heart to Him.

The Seventh-day Adventist Church faces enormous challenges in spreading the gospel in Guinea, where only 7 percent of the population is Christian and many people are hostile to Christianity. Part of this quarter’s Thirteenth Sabbath Offering will help construct Kobaya Academy, a K–12 school in Conakry, Guinea, where the love of Jesus can be taught to many children from non-Christian homes.