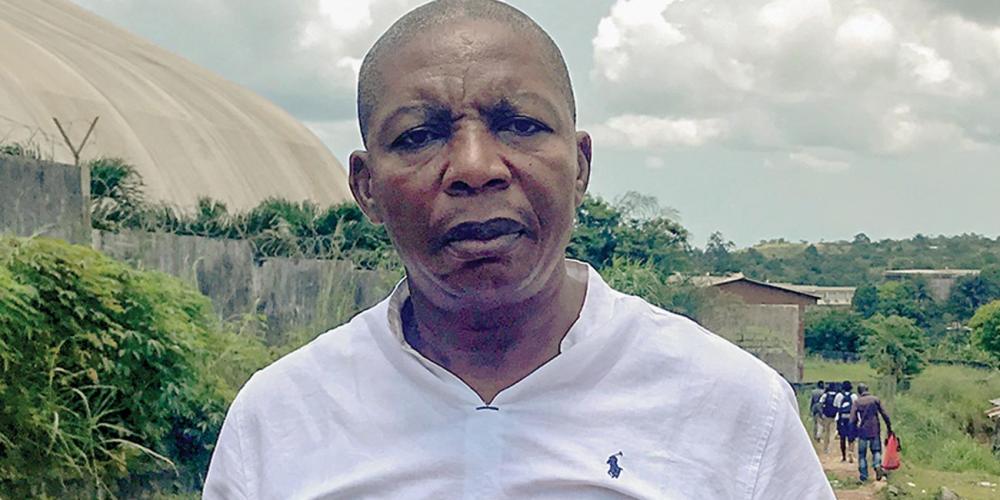 To Sabbath School teachers: This story is for Sabbath, August 8.

Every night, his wife, Rosette, came home late in Libreville, capital of the West African country of Gabon. Jean didn’t know what she was doing or where she had been. His imagination ran wild, and he feared the worst. Finally he asked her directly.

“I came from my sister’s house,” she said.

The next night, he asked the same question.

“I came from my sister’s house,” she said.

Rosette took him to a church with a sign reading, “Eternal Life.” Jean was surprised to see a church when his wife had said she was at her sister’s house, but he was relieved that she was at church every night and not doing something else. The church taught a mix of Christianity and traditional African beliefs.

Jean went to the church for three nights in a row to see whether Rosette really was attending. He stood outside and watched. On the fourth night, a young woman who owned the church building demanded to know what he was doing.

“Why are you coming and not entering?” she said. “Come in today or don’t return again.”

Jean went in. The church was interesting, and the church members were friendly. When he had an out-of-body experience — a not-unheard-of occurrence in traditional African religion — the church members made him a church leader. During the week, Jean worked as a police officer and, on the weekends, he led the church.

One day, Rosette abruptly stopped attending church services. Before Jean could learn why, she unexpectedly died during childbirth. Grief-stricken, Jean reassessed his own commitment to the church and prayed.

“If this church isn’t the true church, help me to leave easily,” he prayed.

He never returned to the church, and he didn’t have any trouble.

Three years later, Jean was walking home one evening when he saw a huge tent pitched in a soccer field near his house. He heard a sweet, gentle voice speak to him.

“Sir, we came here for you,” the voice said.

Jean stopped and looked around to see who was talking, but he didn’t see anybody. As he took a step forward, the voice spoke again.

“Sir, go inside and sit down to hear the gospel,” the voice said.

Jean entered the tent and sat in a chair in the back.

It was the first night of a 10-day evangelistic series. The Seventh-day Adventist evangelist called for repentance, and Jean wept as he listened. Jean came back the next night with a paper and pen to take notes.

“I don’t know anything about your church, but I want to be baptized all the time,” he said.

“The Lord has revealed Himself to you,” he said. “Come and be baptized.”

Today, he is an active church member. Every day, he remembers the sweet, gentle voice that he heard as he passed the tent.

“The voice helped me to find the right path,” he said. “Jesus lives in my life.”