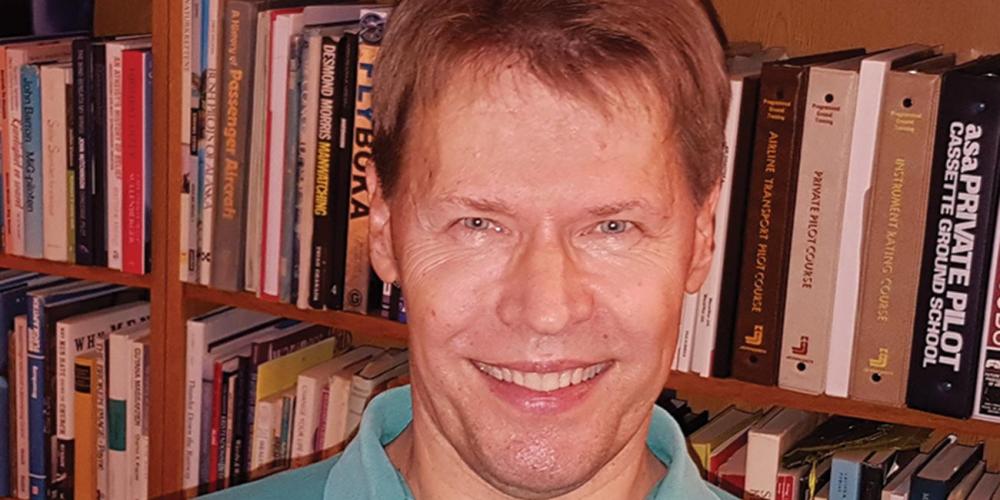 A Shirt to Talk About

To Sabbath School teachers: This story is for Sabbath, May 30.

The 55-year-old teacher hoped that people would stare at him. He didn’t have to wait long.

Glenn sat across from an elegantly dressed woman who appeared to be in her early sixties. The woman glanced at him and then his shirt. Her eyes remained on his shirt. Embroidered on the left breast were the words, “Advent Airlines, Steward Glenn Lie,” and the image of a jet plane.

Glenn said nothing. He knew the woman was wondering why she had never heard about Advent Airlines.

After staring for about five minutes, the woman spoke.

“Excuse me,” she said. “I haven’t heard about this airline before. Do you work there?”

“We only have one destination.”

“Oh really?” she said with surprise.

She didn’t ask for the destination, and Glenn didn’t volunteer it.

After a long moment, the woman asked, “Is it very expensive?”

“No, the tickets are free.”

Now the woman was flabbergasted.

“What?” she exclaimed. “Why are the tickets free?”

It was Glenn’s turn to pause. The woman’s curiosity grew. Finally, Glenn spoke.

“The tickets are free because they were paid for 2,000 years ago,” he said.

The woman looked puzzled for a moment. Suddenly understanding flashed in her eyes.

“I understand,” she said.

“But, for me, I have a hard time believing in heaven,” she said.

“I have had bad experiences with religion in my upbringing,” she said.

It was a story that Glenn had heard many times: people who rejected Christianity because of what they saw as the poor example of Christians. Norway is a highly secularized society, and church membership has declined in many denominations for decades. The Seventh-day Adventist Church is no exception, and its 4,500 members have struggled to make inroads in the Scandinavian country of 5.3 million people.

On the subway, Glenn sensed that the woman longed for something better.

“Maybe you can find your way by exploring the Bible with new eyes,” he said.

Hearing those words, the woman visibly relaxed in the nearly empty subway car. She spoke freely with Glenn about her doubts and questions for the next 20 minutes. Then she stood up.

“I’m getting off here,” she said. “Thank you for the talk. You have given me a lot to think about. I’ll have to do some research.”

“I am sure you will find your way. I will think of you,” Glenn said.

Glenn meant it. The woman was the reason that he had worn the polo shirt in the subway.

Glenn dons the short-sleeved shirt as often as he can during the warm summer months. When he does, the shirt draws stares. Sometimes, the stares lead to conversations.

“I am not very bold,” Glenn explained in an interview. “I don’t go out to ring on doors. That is something that I am not comfortable with.”

But he does love Jesus, and he wants to be involved in gospel outreach. He also loves airplanes. So, he ordered the high-quality shirt from an online clothing company in Germany. The company customized the airplane and his name at his request.

“If I could be a tool to help people reconnect with God, that would be fantastic,” he said.

Glenn doesn’t know whether anyone has been drawn to Jesus or the Adventist message because of his shirt. But he is convinced that the Holy Spirit can use the shirt to start conversations.

“Let us meet people where they are at,” he said. “My job is not to make anyone an Adventist. That is the job of the Holy Spirit. Our job is to sow, and God will take care of the reaping.”

Glenn Lie, 55, is a teacher at Østmarka Seventh-day Adventist School, with about 100 students in grades 1-10, in Oslo, Norway. He also is a member and former youth pastor of Betel Seventh-day Adventist Church, which received part of a 2017 Thirteenth Sabbath Offering to open a youth community center in its basement.