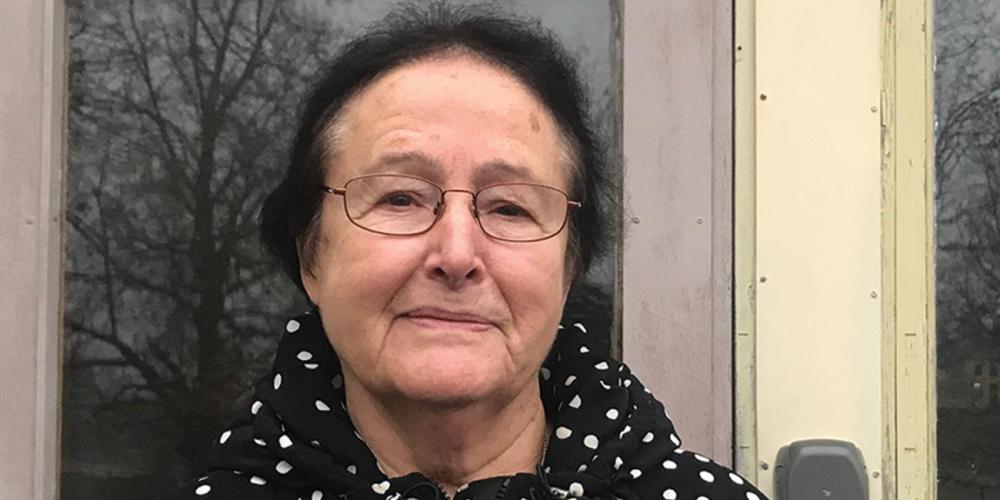 To Sabbath School teachers: This story is for Sabbath, May 16.

Esko was 63 and ill when he showed up at Piikkiö Seventh-day Adventist Church in southwestern Finland.

“I don’t need the food,” he told food pantry director Riitta-Liisa Peltonen as he picked out vegetables, meat, and bread. “It’s for my friends.”

Riitta-Liisa looked tenderly at the obese man. The odor of sweat and unwashed clothes clung to him. He suffered severe liver problems after years of hard drinking. His eyes were kind.

“Are you a Christian?” Riitta-Liisa asked.

Esko shifted his eyes away.

Riitta-Liisa understood that he was an atheist like many people in Finland, a highly secularized country with a population of 5.5 million and only 4,800 Adventists.

Esko returned week after week to the church in Piikkiö, population 7,500, to collect groceries for his friends, a married couple named Pasi and Krista. Riitta-Liisa learned that Pasi had owned a roofing company in the nearby port city of Turku, but the business had fallen on hard times during an economic recession. To cope, Pasi and Krista drank heavily.

The couple expressed surprise the first time that Esko arrived with groceries.

“Where did you get the food?” Krista asked.

Then Esko’s sole companion, a beloved dog, died. The elderly man was so discouraged that he could not bear to remain alone in the house. He went to Pasi and Krista’s house to spend the night.

To Krista’s surprise, he prayed before the evening meal.

“How is it that an atheist is praying?” she asked.

She had never seen that before.

Curious about Esko’s actions, she decided to check out the church for herself. She invited her husband to accompany her. But to fortify their courage, she and Pasi drank heavily. They could barely stand on their feet as they waited in line to get food at the church.

The couple returned the next week, and then the next. After a while, Krista grew interested in the Christian songs and the spiritual messages shared by church members as people collected food. She began to attend Sabbath worship services.

Esko noticed her interest and smiled.

“Now my mission is accomplished,” he told her quietly.

Meanwhile, Krista quit drinking and was baptized. Pasi saw the change in her and also gave his heart to Jesus.

“I have found the faith,” he said.

He made arrangements to be baptized at an Adventist summer camp in 2018.

The married couple became active at the church and participated in prayer meetings. Pasi cooked in the church kitchen for people who came to the food pantry. The enormous change in him was evident to all. One evening, his face shone with joy as he cooked.

The next morning, Krista, found him dead in their home kitchen. He was 51.

The funeral was held in the Adventist church, and the service left a big impression on his extended family, who attended.

Krista, 40, is active in the church today, and her own mother has started to attend Sabbath worship services.

In all, 10 people have been baptized in the five years since the food pantry opened.

Riitta-Liisa thanks God for every baptism, but perhaps she is most amazed about Esko.

“He was an atheist who led his friends to Christ,” she said. “He was so happy when his friends began to attend church. He had led someone to a better life.”