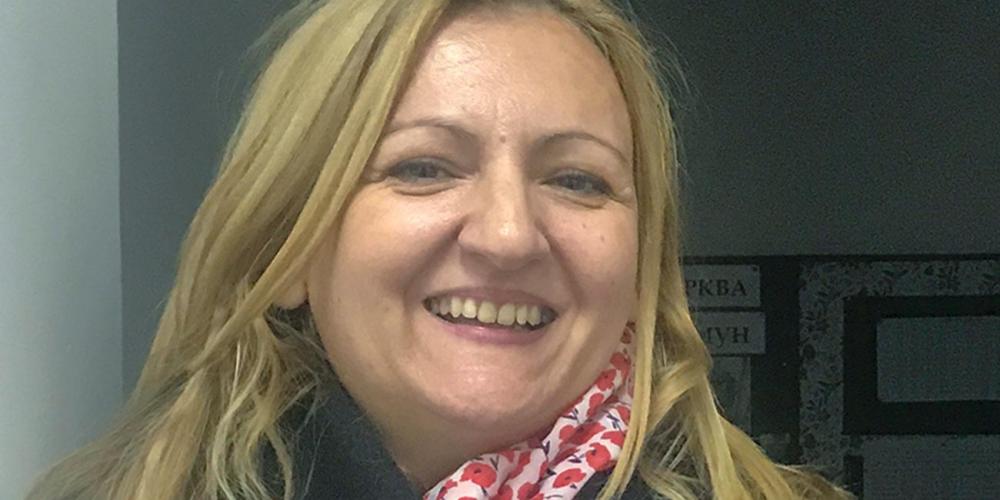 To Sabbath School teachers: This story is for Sabbath, April 4.

Biljana Mijatovi prayed for the first time when, as a 20-year-old atheist, she saw a relative struggling with supernatural forces.

Biljana heard about the problem from a cousin.

She was busy with university studies and hadn’t seen Svetlushka for some time, even though they were neighbors in a duplex located in a suburb of Serbia’s capital, Belgrade.

The cousin said Svetlushka was hearing voices. The voices didn’t say anything important but engaged in constant small talk. Svetlushka’s husband also heard the voices, and their 3-year-old daughter was suffering stomachaches.

The cousin said there was more. Svetlushka heard knocking on the walls and squeaking noises. Svetlushka spoke of being shrunk to the size of mouse and walking around the house like a small person. When she walked around the city, she felt like she was wading in waist-high water and passersby were walking through her.

Worried, Svetlushka sought help from physicians. They gave medicine that caused her to sleep but didn’t resolve the problems.

Relatives carried Svetlushka to monasteries, and clergymen visited her at home. One priest placed a Bible at her head and another Bible at her feet in an attempt to perform an exorcism.

As the weeks went by, Svetlushka lost the strength to stand on her feet and spent all day in bed.

Biljana was alarmed by the news, but she didn’t know what to think. As an atheist, she didn’t believe in God, the devil, or the supernatural. She decided that Svetlushka must be suffering from psychological problems. Feeling sorry for her, she decided to pay a visit.

Biljana found the front door open and walked in. Svetlushka, who was lying in bed, was excited to see her visitor.

“I don’t have psychological problems!” she exclaimed. “I’m sad that nobody believes me.”

Speaking clearly and coherently, she described her strange occurrences.

“Why do I have to take medicine when I’m healthy?” she said. “I’m normal. I sleep all day because of the medicine. I need another kind of help.”

Biljana grew increasingly convinced that Svetlushka was telling the truth.

“Do you want me to pray for you?” she asked, the words surprising even her. “I’m going to a Christian church, and I heard that God can help in various situations. When there is nothing that we can do, we can pray.”

While Biljana didn’t believe in God, she had been attending Sabbath worship services at New Belgrade Seventh-day Adventist Church. She went because she was searching for answers about the meaning of life.

Svetlushka welcomed the offer for prayer.

“Yes, I would be thankful for prayer,” she said.

Biljana returned to her house and knelt down.

“God, if You exist, please protect me from the demons,” she said.

As she spoke those words, she wondered why she was on her knees. It wasn’t normal to kneel, and she thought that perhaps she was losing her own mind. But she kept praying.

The next day, Biljana returned from the university to find Svetlushka on her feet, cleaning the windows of her house. Biljana stopped in wonder. God had heard her prayer!

Svetlushka was free from evil spirits, never to be troubled by them again, and Biljana was overjoyed. From that moment she made a promise to God that echoed a vow made by Jacob in Genesis 28:20, “If God will be with me, and keep me in this way that I am going … then the Lord shall be my God.”

One morning, Biljana woke up with faith in her heart. She no longer doubted God. She gave her heart to Jesus and was baptized.

Biljana, now 47 and an insurance company auditor, is an active member at the New Belgrade church.

“In my missionary work, it has been a great comfort to me to see the way that God works with every person from childhood,” she said. “In my experience, I saw how God patiently and perseveringly works with every person. Let God help us to meet the people whom He is leading so they can hear the Word and answer His call for salvation.”

Biljana is a member of New Belgrade Seventh-day Adventist Church, which will receive part of this quarter’s Thirteenth Sabbath Offering to acquire its own building. The congregation met in a rented movie theater when it was established in 1993, and it now shares a building with another Adventist congregation near New Belgrade. Thank you for planning a generous Thirteenth Sabbath Offering.