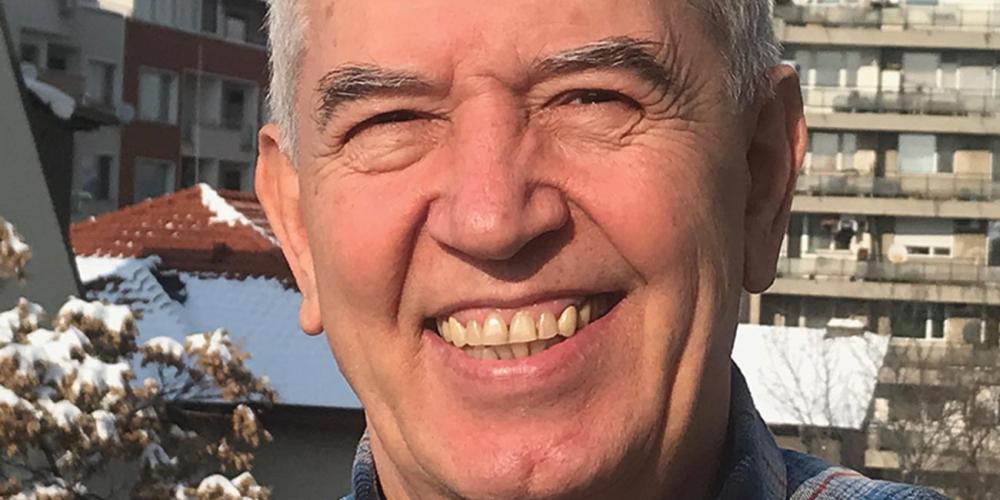 To Sabbath School teachers: This story is for Sabbath, Jan. 18.

His mission: Enter the heavily guarded campus and deliver a book to the police academy’s commander.

It had been a busy week for Jivko Grushev as he presented “The Great Controversy” to university leaders across Bulgaria’s capital, Sofia. After delivering about 100 books, Jivko had three left in hisbag. He walked up to the police officer guarding the police academy’s gates. Just as he arrived at the gates, he watched a black limousine drive out.

Greeting the police officer, Jivko said he wished to visit the commander.

He had just left in the black limousine.

“Then I would like to speak with his secretary,” Jivko said.

“What do you want to discuss with her?” the officer asked.

The question was unexpected, but Jivko immediately replied, “I would like to discuss a certain donation with her.”

The officer wrote down Jivko’s personal information and waved him onto the campus.

Walking to the academy’s mammoth administrative building, Jivko wondered whether the officer had called ahead to announce his visit.

At the lobby’s entrance, Jivko found a small gate and a glass booth for a police guard. The gate, however, was open, and the glass booth was empty. Several police officers spoke animatedly near a gray marble staircase in the lobby.

Jivko boldly walked through the gate and asked the police officers for directions to the secretary.

“That way,” an officer replied, gruffly, pointing to the gate and out the exit.

Jivko walked out the gate but remained in the building.

“Lord, I came to bring Your light here,” he prayed. “Please intervene.”

The police officers resumed their conversation.

At that moment, a man in his early 30s descended the gray marble staircase. His eyes met Jivko’s and seemed to be saying, “Wait a minute.” The man walked over to the police officers and spoke to them.

Jivko couldn’t take his eyes off the man. He had never seen such an imposing, dignified-looking police officer. The man was slender and handsome.

“What does he do?” Jivko wondered.

The man wore black like the other officers, but his clothing was of a much higher quality. No epaulets decorated his shoulders.

When the man finished speaking with the officers, he looked at Jivko with warm eyes as if to say, “It is finished.” Then he walked out the gate, passed Jivko, and exited the building.

The gruff officer rushed to the guard booth, and a female officer joined him. The two officers asked in unison, “Are you going to visit the secretary?”

The female officer jotted down Jivko’s personal information, and the gruff officer said, “I’ll take you to the secretary.” He ran up the marble stairs as if he were being chased, skipping two stairs at a time. Jivko struggled to keep up. At the top of the stairs, the officer opened a door and stared at the floor as Jivko entered. He closed the door from the outside.

Jivko introduced himself to the secretary and placed his three books in front of her.

“These are gifts for the commander and his deputies,” he said.

Leaving the academy a short time later, Jivko joyfully thanked God for helping him to accomplish a seemingly impossible mission. His mind returned to the handsome police officer with warm eyes. The man had appeared just in time to solve his problem. The books never would have been handed over to the secretary without his help.

Jivko had no doubt that the man was an angel sent by God so he could share the message of salvation. He remembered how Hebrews 1:14 describes angels, saying, “Are they not all ministering spirits sent forth to minister for those who will inherit salvation?”

The encounter with the kind stranger with warm eyes changed Jivko’s spiritual life, and he often thinks about that day.

“God is great in His desire to save people,” he said. “My heavenly Friend is so wonderful.”

Jivko is an elder at Sofia West Seventh-day Adventist Church, which will receive part of this quarter’s Thirteenth Sabbath Offering to construct its own church building in Bulgaria’s capital. Thank you for planning a generous offering.