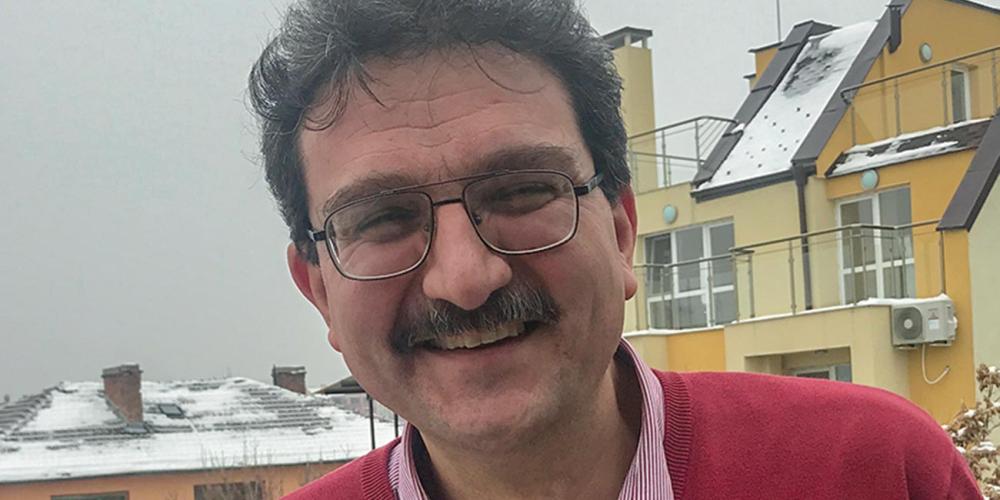 To Sabbath School teachers: This story is for Sabbath, Jan. 11.

Unbeknownst to him, as he prayed world church leaders in the United States decided to give part of the Thirteenth Sabbath Offering from first quarter 2020 to build a new church for his congregation.

Stoyan didn’t know that God had answered his prayers until the Thirteenth Sabbath project had been approved.

Stoyan became the pastor of the Sofia West Seventh-day Adventist Church in 2015. At the time, the congregation met on the premises of an evangelical church.

The downtown location of the church was excellent, but Stoyan noticed a problem. The church was dead. People gathered to worship on Sabbaths, but that was all. No cooking classes or children’s programs during the week. No prayer meetings.

Stoyan asked the owners of the evangelical church for permission to rent the building during the week, but they declined without explanation.

Stoyan decided to look for a new building on his own. He combed the neighborhood, walking up and down streets. Nothing. He started a prayer group to lift up the matter to God.

In March 2017, Stoyan stopped looking for a church building. Instead, he announced that the church would hold an Easter concert.

The church had no choir. It didn’t have a place for a concert. Stoyan told the church’s young people that they would organize the concert and sing. The youth willingly formed a choir, and Stoyan rented a hall with 50 seats for the concert.

The day before the concert, however, the landlord backed out, saying he had rented the hall to someone else.

Stoyan walked the streets and prayed. Passing a shopping center with many vacant shops, he considered speaking with the owner. But he only had a little money, and the owner wasn’t interested in renting to religious groups. Nevertheless, Stoyan called the owner and, to his surprise, was able to rent a vacant shop for the concert.

The concert was a big success.

Afterward, the owner stopped by as church members cleaned up the hall.

“You are interesting people,” he said. “I expected lots of noise and shouting, but you are very well-mannered.”

Learning that the congregation needed a place to rent, he offered to knock down a wall and combine two shops into a large hall. He also offered a third shop on another floor where the church could hold children’s programs for the community. The rental contract cost less than a contract to lease a church out of the city.

After the West Sofia church moved into the shopping center, church attendance grew rapidly, and the church’s outreach programs mushroomed. The shopping center also saw changes. New tenants moved in, and the once-empty center bustled. This was not lost on the owner.

“You have brought me luck, and many people are renting now!” he exclaimed.

Church members started health classes, a cooking school, and children’s programs. Five people were baptized in the first year at the new location.

“Two years ago, this was unthinkable,” Stoyan said. “Before, I only went to church, preached, and returned home. God has opened doors.”

But the church needed its own building. The pastor knew that the rent would not always remain low. In any case, church membership quickly shot up to 120, leaving little room to grow in the hall.

It was then that Stoyan learned from Bulgarian church leaders that his church had been chosen to receive part of the Thirteenth Sabbath Offering in first quarter 2020.

Looking back, he said it is no coincidence that good things started to happen when he stopped worrying about finding a new church building and instead focused on spreading the gospel.

“The Lord provided us with a new place to rent when we planned the Easter concert,” he said. “It was at that moment that I knew the Lord would provide us with our very own church building one day. It’s important to move forward in spreading the gospel.”